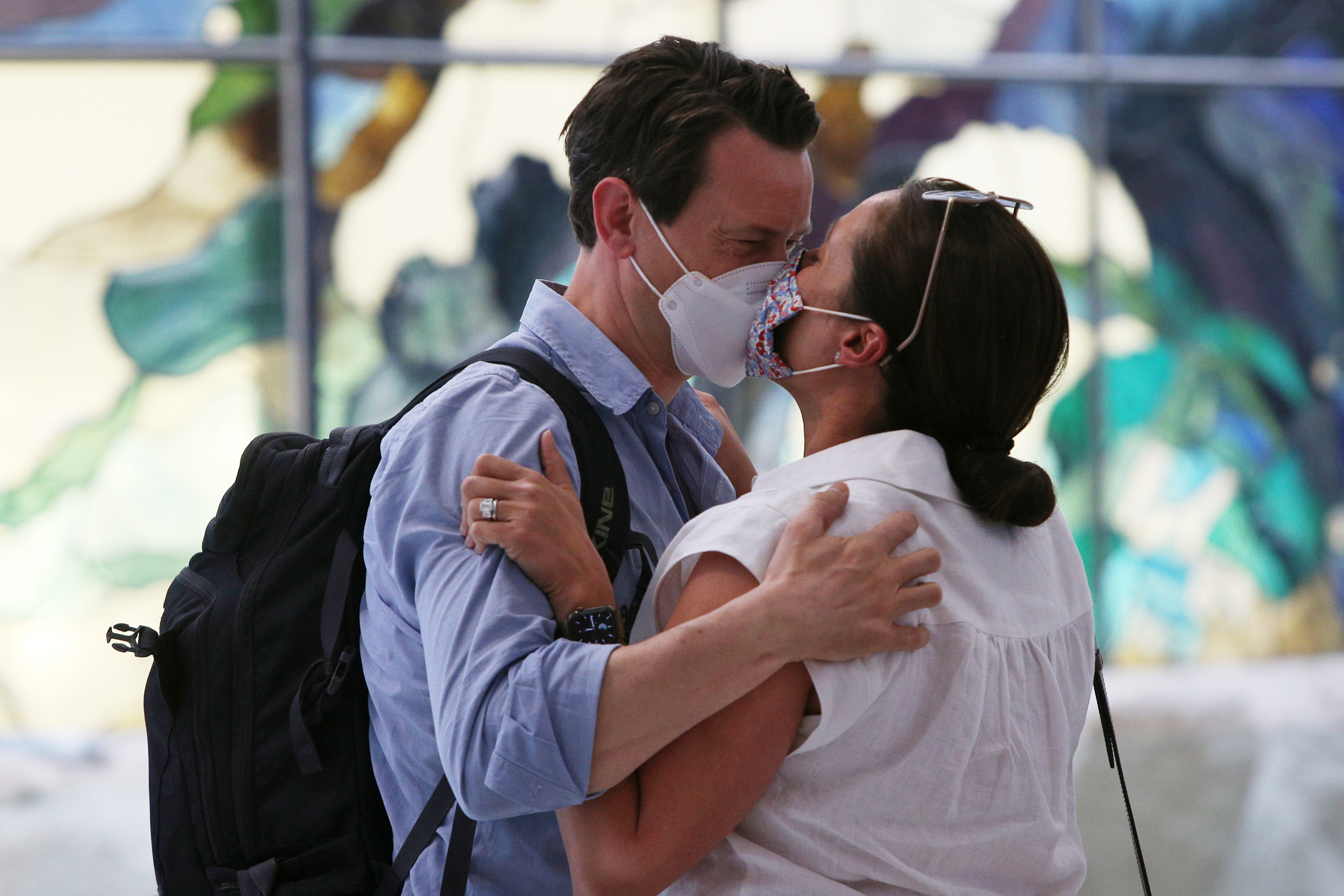 BANGKOK — Australia and Thailand eased international border curbs significantly on Monday for the first time in 18 months, offering an early litmus test of the demand for tourism and travel in Asia following the coronavirus pandemic.

Hundreds of vaccinated foreign tourists arrived in the Thai capital for quarantine-free travel after the southeast Asian nation gave the green light for such visitors from more than 60 countries, including China and the United States.

Several European nations are also on the list as Thailand, one of the region’s most popular destinations, looks to capitalize on northern hemisphere visitors aiming to escape the winter blues.

Those hopes appeared to pay off early, with German tourist Simon Raithel and a group of friends among the first to arrive in Bangkok.

“Right now, in Europe, it’s quite cold,” said Raithel, 41, who planned to head to islands in the Thai south. “We just picked this flight and it is quite surprising that we are the first flight to arrive.”

In Sydney, hundreds of citizens were greeted by family and friends, receiving gifts of Australian chocolate cookies and wildflowers as they became the first to arrive without a permit or the need to quarantine since April 2020.

“(It’s a) little bit scary and exciting,” said Ethan Carter, who flew in on a Qantas Airways flight from Los Angeles. “I’ve come home to see my mum ’cause she’s not well.”

While travel is limited at first to just a few states and to Australian citizens, permanent residents and their immediate families and New Zealand nationals, it heralds a plan to re-open to international tourists and workers, both much needed to reinvigorate a fatigued nation.

Australia’s announcement of quarantine-free travel for Singapore citizens from Nov. 21 was a step forward to “a new normal”, said Philip Goh, the Asia-Pacific vice president of airline trade body IATA.

“We are excited by this positive development and we look forward to further easing of border restrictions by Australia and other countries in the region,” Goh said.

“It will provide the needed boost for the recovery of the aviation industry and air travel sector.”

Despite the eased curbs, travel in full swing is a long way off. IATA estimates losses of a towering $200 billion from the pandemic for the global aviation industry over the period from 2020 to 2022.

Losses in Asia alone were close to $50 billion in 2020, while in both August and September, international travel in Asia-Pacific stood at about 4 percent of 2019 levels.