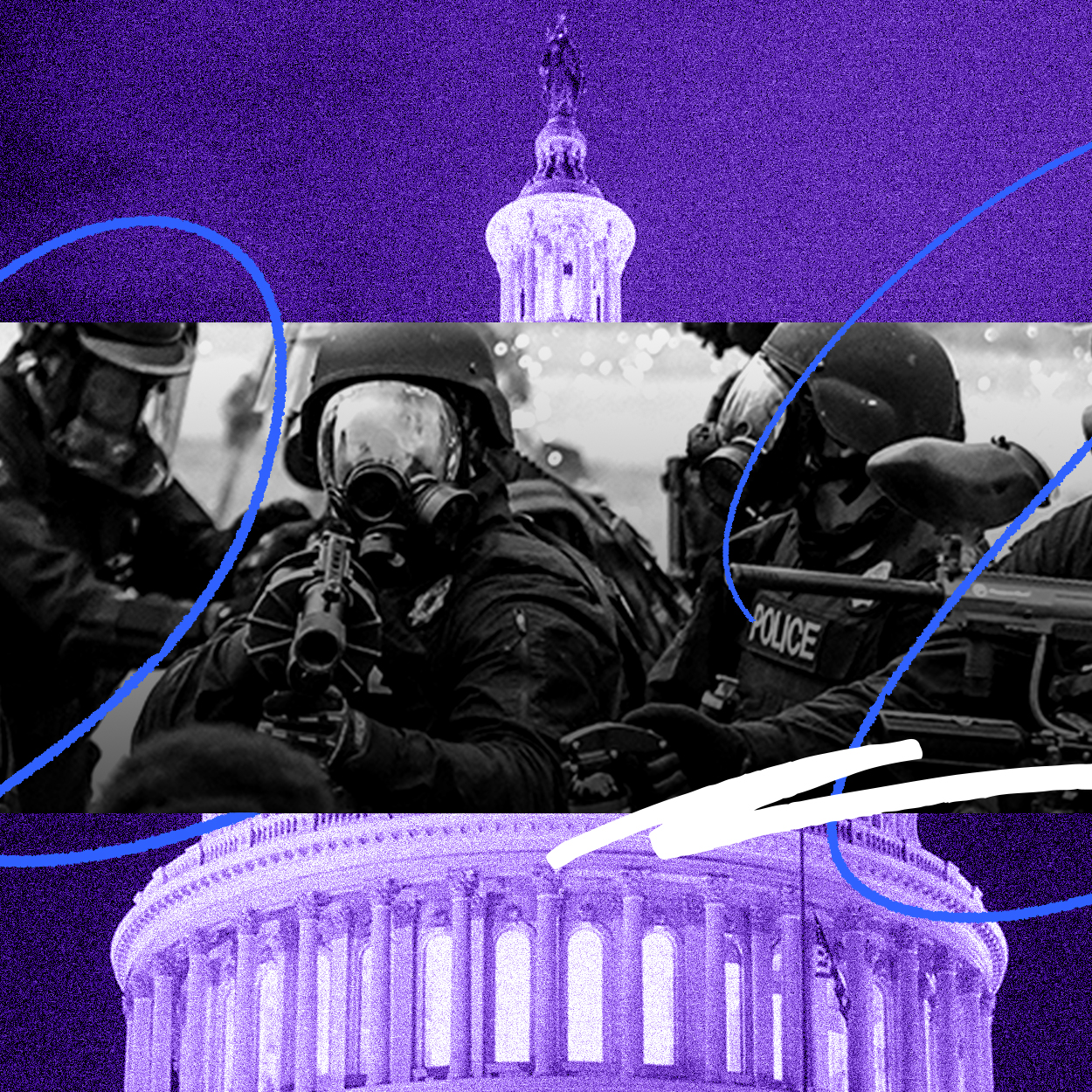 Last week, the Democratic-led House of Representatives voted down an amendment that would have restricted the U.S. military’s ability to send its tactical equipment, including military vehicles and high-powered weapons, to local police departments.

In passing the bill — the annual, pricey defense spending package known formerly as the National Defense Authorization Act — the House on Thursday rejected the amendment, which would have kneecapped the Pentagon’s 1033 program that allows for the transfer of military equipment to local police.

“The creeping militarization of police departments has been exacerbated by the 1033 program,” Johnson said during his testimony before the House Rules Committee ahead of last week’s vote.

A pair of civil rights failures over the past week — the renewal of the 1033 program and the collapse of the George Floyd Justice in Policing Act — suggests the U.S. is in the same racial quandary it was when protests over police violence erupted last summer.

And what has felt to some Black people like a decline in support for anti-racist policing has been proven in evidence.

Polling from the Pew Research Center last year found support for Black Lives Matter dipped by roughly 15 percent among white adults from June to September, with less than half of that population supporting the movement by the latter month.

Since June 2020, when news organizations and political pundits began referring to fallout from the Floyd protests as a “racial reckoning,” many Black people have cautioned white people not to feel unwarranted optimism about anti-racism in America.

A reckoning is not an action item on a wish list. It is a thing. An accomplishment. A checked box. A reckoning by definition refers to the moment when we finally deal with an ugly situation. It is more than just admitting that there’s a problem.

Last year, NBC found several instances of police across the country using military gear against protesters who gathered in support of Floyd, Breonna Taylor and other Black people killed by police.

The truth is that this equipment is frequently deployed against Black and brown people, with deadly results.

During the 2014 protests over the killing of Michael Brown in Missouri, activists drew attention to the military-style equipment used against them by local police. In 2015, then-President Barack Obama made some equipment off limits to local police departments, including tracked armored vehicles, bayonets and grenade launchers. Obama also required departments to show they had a need for tactical vehicles with wheels.

Then-President Donald Trump rescinded that measure in 2017, and then-Attorney General Jeff Sessions made clear the policy reversal was to be seen as a gift to law enforcement.

In a speech to the National Fraternal Order of Police in Nashville, Tennessee, Sessions told officers the military equipment “will ensure that you can get the lifesaving gear that you need to do your job and send a strong message that we will not allow criminal activity, violence, and lawlessness to become the new normal.”

The truth is that this equipment is frequently deployed against Black and brown people, with deadly results. The House could have curbed that violence — it merely chose not to.