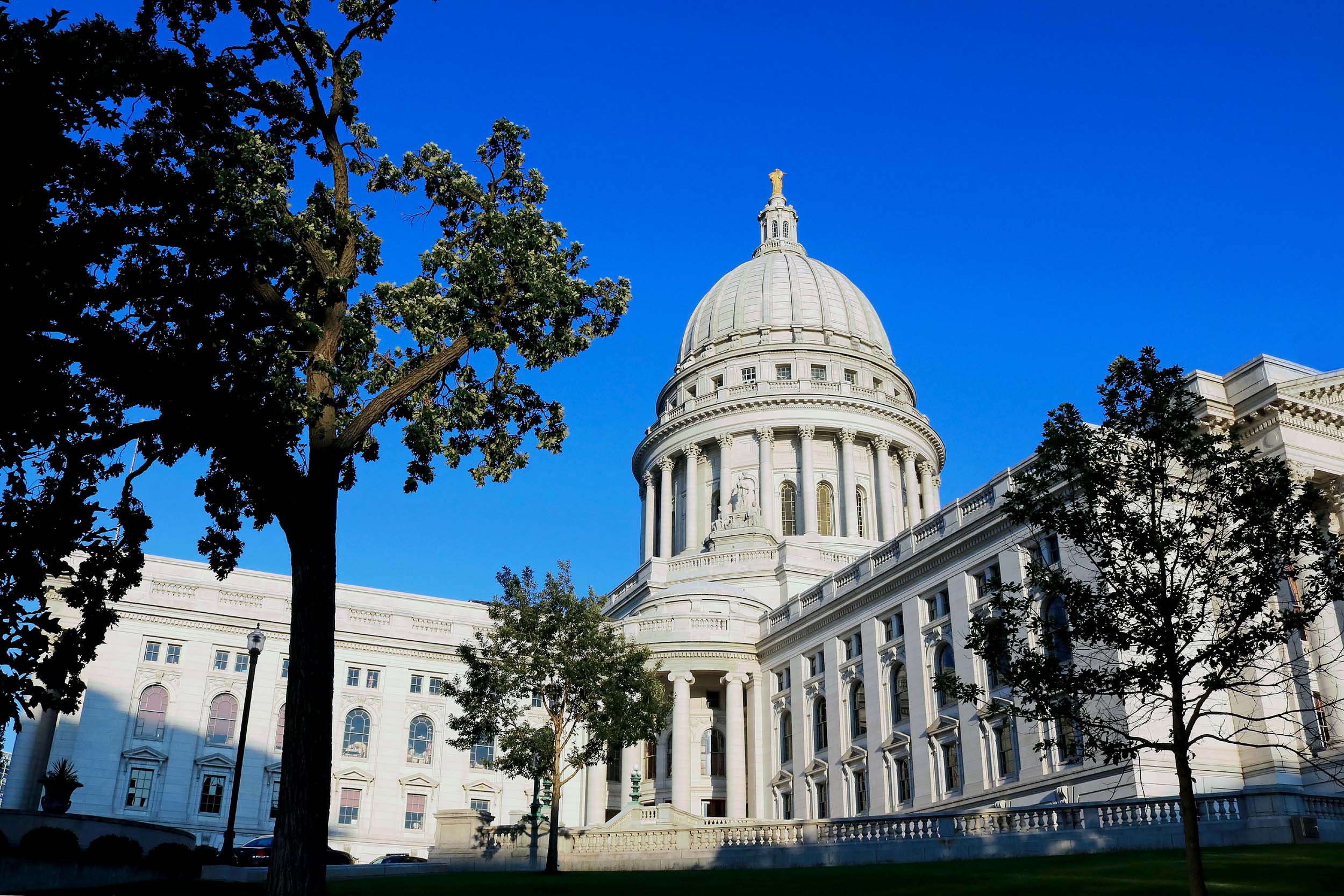 After months of absurdities surrounding Wisconsin’s sham election “audit,” the Republicans’ fiasco was poised to come to a merciful end this week. For Donald Trump, however, that wasn’t good enough.

On Monday, the former president issued a written statement, insisting that Michael Gableman has done “an outstanding job” overseeing the investigation (he hasn’t). Trump added that Gableman, a former elected state Supreme Court justice, has also “discovered many pieces of evidence that indicate foul play” (no such evidence has emerged). Monday’s statement added, of course, that Trump wants the ordeal to keep going — and he expects “anyone calling themselves a Republican” to agree with him.

Taking matters a step further, the former president concluded his missive with a not-so-subtle threat: “I understand some RINOs [Republicans In Name Only] have primary challengers in Wisconsin. I’m sure their primary opponents would get a huge bump in the polls if these RINOs interfere.”

One day later, as the Associated Press reported, GOP leaders extended the duration of their own debacle.

The Republican-ordered investigation into the 2020 election in Wisconsin that was supposed to wrap up this week will continue just as Donald Trump urged, but with no more taxpayer money to pay for it, the state’s top Republican said Tuesday. Assembly Speaker Robin Vos’ announcement that the probe into President Joe Biden’s win in the battleground state will go on beyond Saturday, when the contract with the investigator was scheduled to end, came a day after Trump issued a not-so thinly veiled threat to Vos if he shut it down.

Vos made no reference to the former president when explaining his decision to extend the sham process, but the timing of his announcement was not lost on anyone.

In case anyone needs a refresher, the Wisconsin Republicans’ original plan was for a relatively brief — and wildly unnecessary — investigation into the state’s 2020 presidential election.

GOP legislators agreed to invest nearly $680,000 in taxpayer money into their scheme; they hired a partisan conspiracy theorist to tell the party what it wanted to hear; and they expected to have a sham report that would make Trump and his followers feel better about their defeat.

State Republicans set a deadline of Dec. 31. Then they extended the deadline. Now they’ve extended it again.

Remember, the Milwaukee Journal Sentinel reported that shortly before Wisconsin Republicans agreed to the first extension, a state judge released records showing the investigation had barely done any real work.

As he made public 761 pages of records, Dane County Circuit Judge Frank Remington said, “I believe that it’s for every man now … to examine these documents. And I believe when done so (he) will come to the conclusion that this has been much to-do about nothing, that these documents do not support the argument that there has been an investigation, much less the conclusions that have been made by the Office of Special Counsel.”

This came a week after Gableman pushed a series of strange and discredited ideas, while claiming the state legislature should decertify the results of the election from 16 months ago.

The Washington Post’s Philip Bump, who highlighted several of Gableman’s absurdities, concluded, “This Wisconsin ‘fraud’ report is so mind-bogglingly stupid that I’m honestly amazed the man responsible for it sat on the state Supreme Court.”

To be sure, Arizona’s sham “audit” was breathtaking, but it’s hardly outlandish to think Wisconsin’s is even more embarrassing.

Let’s not overlook the fact that Gableman has long been a ridiculous choice to oversee this process. He is, after all, a “Stop the Steal” conspiracy theorist and former Trump appointee.

Who better to investigate anti-election ideas — in a fair and impartial fashion, of course — than a partisan conspiracy theorist from Trump’s own team?

What’s more, as we’ve discussed, Gableman has acknowledged that he doesn’t have “any understanding of how elections work.” He’s also issued strange subpoenas, demanded materials that were already publicly available, and sent error-filled requests to the wrong local officials.

Making matters quite a bit worse, Gableman appeared on a conservative radio show to compare The Milwaukee Journal Sentinel to Nazi propaganda, complete with multiple Joseph Goebbels references. Gableman also showed up at a city council meeting in Green Bay, where he suggested an election investigation is justified because of some unidentified stuff he saw online.

The former Republican justice later called for the incarceration of Wisconsin officials who were understandably reluctant to assist him with his outlandish crusade.

The truth is readily available: A count, recount, and an audit proved that Joe Biden defeated Trump in the state of Wisconsin in 2020. Republicans can keep their circus going indefinitely, but it won’t change these results.

Indeed, the longer this fiasco continues, the further Wisconsin drifts away from democracy.