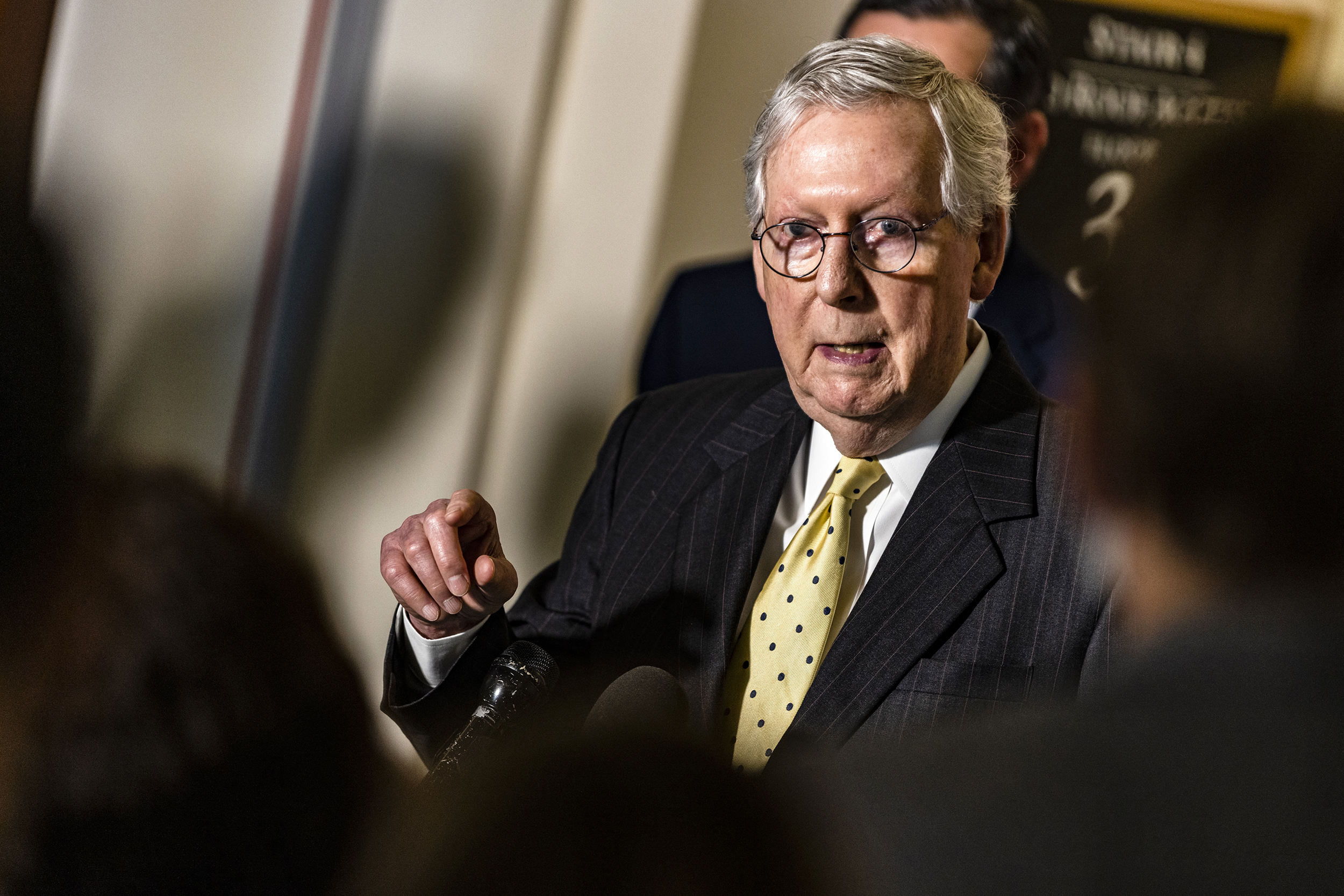 After the Republican-imposed drama surrounding the debt ceiling in October, there was a sense of dread about the near future. The resolution two months ago prevented a default, but it also started the clock on a new potential crisis in December.

The good news is, lawmakers resolved the matter and GOP lawmakers will not crash the economy on purpose. The bad news is, the solution was and is a convoluted mess. NBC News reported yesterday:

The Senate passed a bill Thursday that will enable Congress to lift the debt ceiling and avert what would be the first-ever default in U.S. history. The legislation, which already cleared the House, passed the Senate in a 59-35 vote, winning the support of 10 Republicans and every Democrat in attendance. It now heads to the White House, where President Joe Biden is expected to sign it into law.

Democrats then suggested tying a debt ceiling increase to a military spending package, which both parties want to pass. That didn’t work out, either.

What the parties worked out instead was an unusually complicated process, which I still find difficult to believe came together.

Some automatic Medicare spending cuts were poised to begin in January, so Congress created a bill to prevent them. As part of a bipartisan compromise, this bill was amended to include a special provision that will allow the Senate — just this once — to extend the debt ceiling with a simple majority.

The legislation faced a filibuster, which was overcome when 14 Senate Republicans agreed to endorse the arrangement negotiated by Minority Leader Mitch McConnell. It was hours later, when the chamber passed the underlying bill.

This won’t raise the debt ceiling. Instead, it will empower Democrats to take up a debt ceiling increase sometime soon, and Republicans won’t be allowed to filibuster it.

GOP senators are getting much of what they want from the deal — Republicans won’t have to vote to raise the debt ceiling, and Democrats will have to raise it by a specific dollar amount, creating attack-ad fodder — but most Senate Republicans, and nearly all House Republicans, opposed it anyway.

This put them in a position in which they (a) opposed their own party leaders’ bipartisan deal; (b) tried to push the nation closer to default; and (c) rejected a plan to prevent Medicare cuts. Most GOP lawmakers cast the vote anyway, preferring a more radical and more dangerous hostage standoff.

The fact that Donald Trump told them to oppose the agreement might also have had something to do with it.

As a result of this byzantine solution, policymakers won’t have to deal with the debt ceiling again until after the 2022 midterm elections, at which point the drama will begin anew.

But between now and then, common sense suggests policymakers should pause and recognize an uncomfortable truth: This is a blisteringly stupid system. Catherine Rampell noted in her new column, “We have a system of governance that nobody in their right mind would design.”

Rampell wasn’t referring exclusively to the debt ceiling, though her observation certainly applies.

We’re talking about a process through which the United States pays its bills. It doesn’t have to be this ridiculous. No other advanced economy on the planet uses a process that resembles ours — in part because it leaves open the real possibility for default.

With the economy on the line, Congress shouldn’t need legislative solutions that look like Rube Goldberg contraptions.