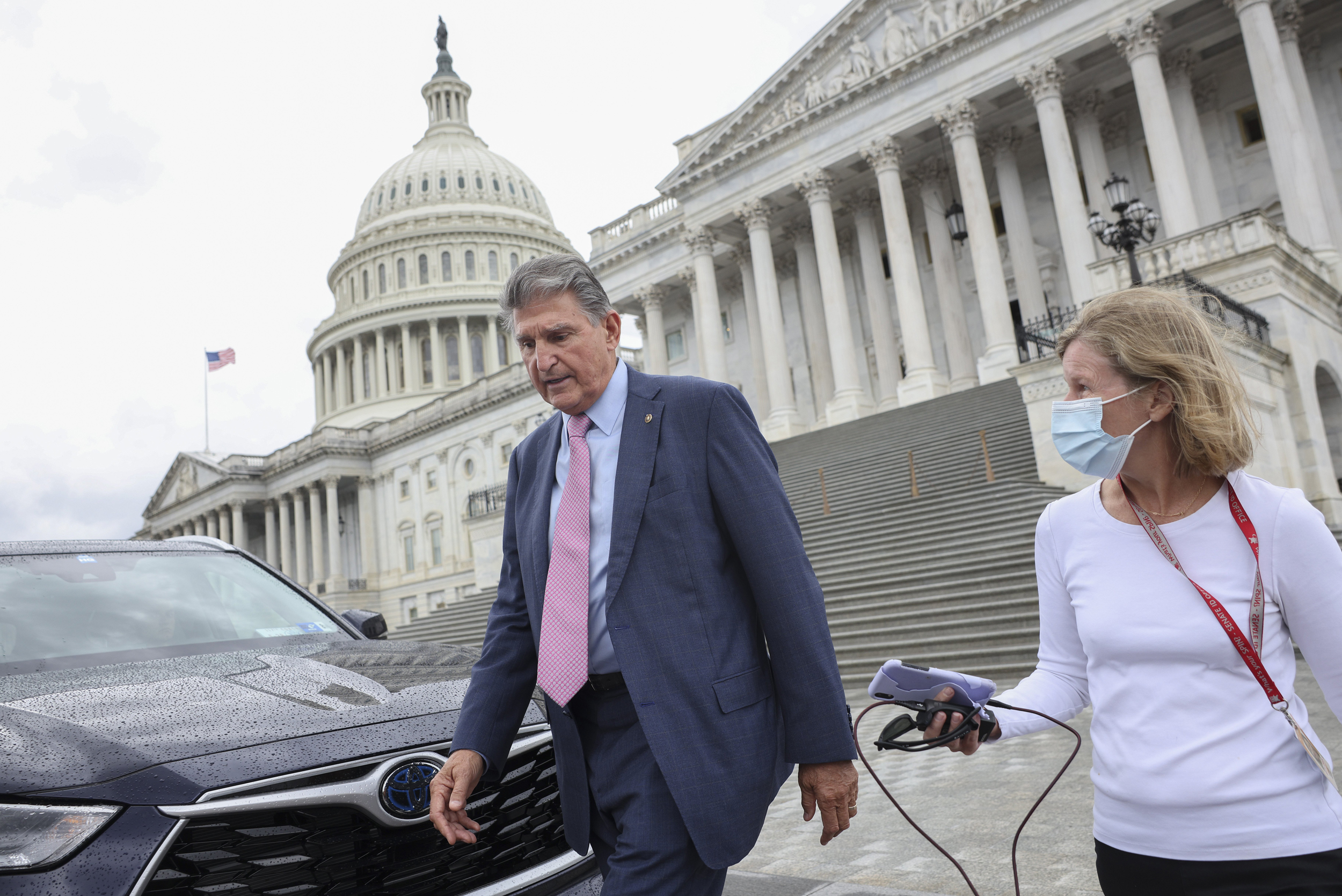 Democrats appeared to have a credible plan to advance President Joe Biden’s agenda. It was a two-track strategy that was designed to satisfy each of the party’s core contingents, and so long as the party stuck together, the plan was likely to work.

The first part of the plan involved advancing a bipartisan infrastructure bill, negotiated in the Senate, focusing primarily on roads and bridges. The second focused on a more ambitious safety-net-and-climate bill that comprised much of the White House’s domestic agenda. A modest group of centrist and conservative Democrats prioritized the former, while a much larger group of progressive Democrats championed the latter.

Both were positioned to get what they wanted, just so long as they stuck to the plan. As Democratic Sen. Elizabeth Warren of Massachusetts told HuffPost this week, “We had a deal.”

According to Democratic Sen. Joe Manchin of West Virginia, there was no deal. As Talking Points Memo noted this morning:

A two-track path for bipartisan infrastructure legislation and reconciliation? Sen. Joe Manchin (D-WV) has no earthly idea what you’re talking about. “I never knew about that. Never heard of that,” the senator told reporters yesterday, shaking his head. “Why do you think we’re trying to separate them? They’re different subject matters.”

When a reporter asked yesterday, “You were never part of a deal?” Manchin replied, “Never.”

So, who’s right? Did Democrats agree to follow a two-track strategy or not? When Warren said Democrats “had a deal,” was she imagining an intra-party agreement that didn’t exist?

Not exactly. In fact, it was Manchin himself who told NBC News in June, “It’s the only strategy we have — is two track.”

He added at the time that it was “inevitable” that Democrats would pass a separate domestic bill through the budget reconciliation process, bypassing a Republican filibuster.

“There’s going to be a reconciliation bill,” Manchin said on June 24. “We just don’t know what size it’s going to be.”

It certainly sounded as if he was on board with the party’s two-track strategy. It wasn’t until very recently that Manchin argued that the House should first pass his preferred part of the package — the infrastructure bill known as the Bipartisan Infrastructure Framework (BIF) — at which point he’s prepared to “start negotiating” on a possible Build Back Better plan.

As for the road ahead, the West Virginian released a new statement late yesterday, reiterating his opposition to a $3.5 trillion package. In an interview with Politico, however, he offered some vague thoughts on something he’s prepared to support.

“I want to do a tax overhaul,” Manchin said. “One thing you understand that all Democrats agreed on, there’s not a lot of things we all agree on, is that the 2017 tax cuts are unfair and weighted toward the high end. Let’s fix that. That’s the reconciliation.”

The senator added, “I think we can get a good bill done. I really do, if we work in good faith.”

Of course, rolling back the Republicans’ regressive 2017 tax breaks would generate quite a bit of revenue, which could be applied to domestic priorities. The question for Democrats is how much to roll back the tax cuts and what to do with the resources.

The more specifics Manchin is prepared to share, the closer his party will be to completing the deal he doesn’t remember making.