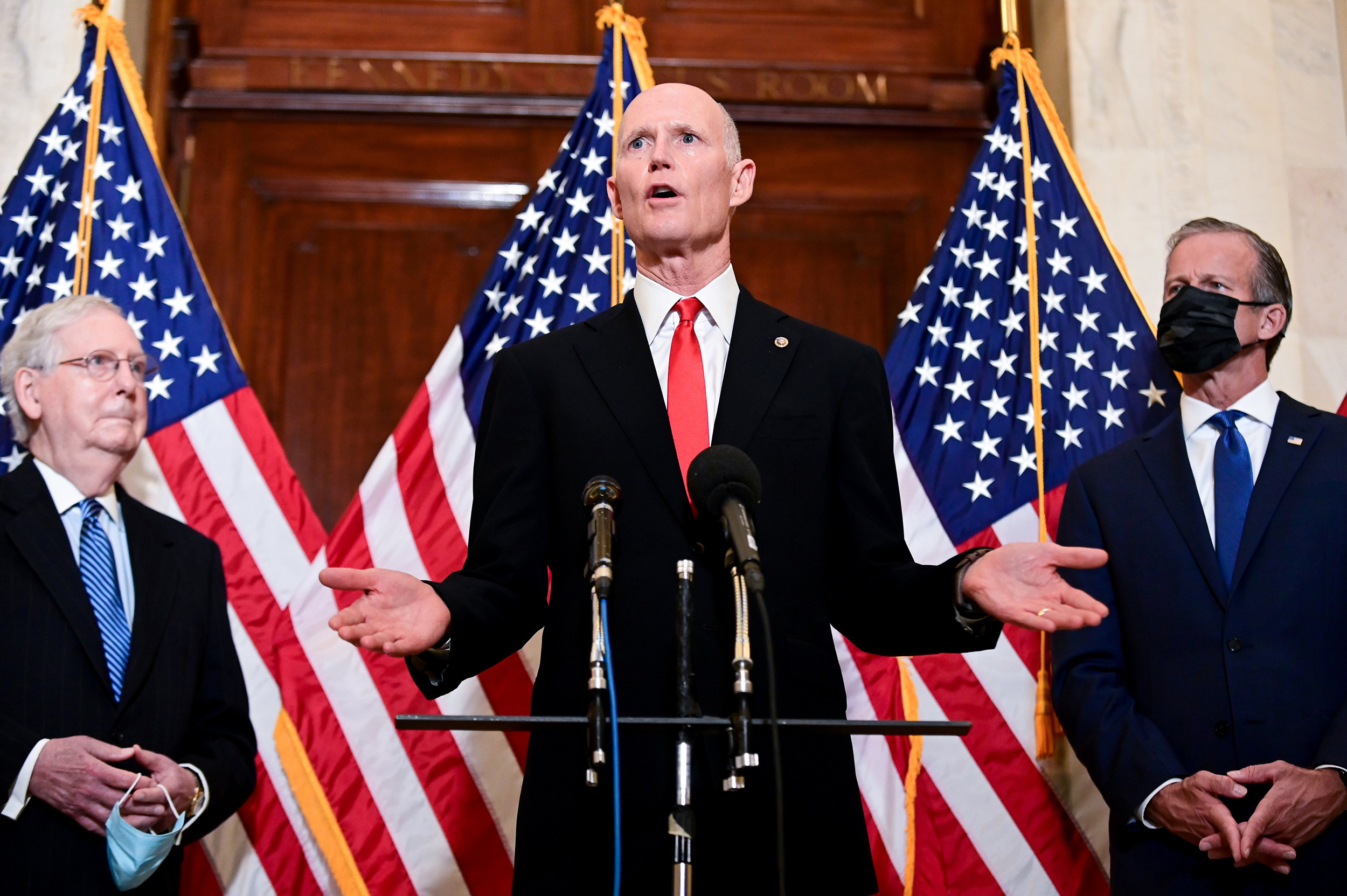 A couple of weeks ago, Sen. Rick Scott accidentally told The Wall Street Journal what he was actually thinking. Looking ahead to the 2022 midterm election cycle, the Florida Republican, who leads the National Republican Senatorial Committee, seemed eager to celebrate inflation. “This is a gold mine for us,” the senator said.

The obvious problem is that elected officials aren’t supposed to be happy about economic conditions that hurt the public. Scott’s “gold mine” rhetoric made him sound less like someone looking out for Americans’ interests and more like The Simpsons’ C. Montgomery Burns.

Just as importantly, inflation remains an international economic trend fueled in part by the recovery and supply-chain issues. If Republicans are counting on inflation to be a top issue a year from now, they’re likely to be disappointed.

But there’s a related question hanging overhead: If Scott and other Republicans are desperate to focus on inflation, what is it, exactly, that the minority party intends to do about the issue? NBC News had an interesting report on this over the weekend:

[B]eyond blocking Biden’s wide-ranging social safety net and climate action plan … how the GOP would tackle a notoriously difficult economic trend is less clear. Interviews with a half-dozen Republicans showed that while the party is not yet unified around a specific plan, other proposals include boosting domestic energy production, eliminating Covid-19 restrictions and vaccine mandates and cutting shipping and trucking regulations.

The report added that much of the GOP’s plan — to the extent that anyone can credibly call it a “plan” — would have “little effect or no effect in addressing the cause of increased costs or would not materially affect the economy for years.”

The fact that Republicans are even confronting the question is itself notable. The party’s strategy is designed to be superficial: It’s rooted in the idea that Americans are upset about something; Democrats hold the reins of federal power; so voters should blame the governing majority. It doesn’t matter whether it makes sense or not.

But it also doesn’t matter if this is a problem Republicans even intend to address. It’s an extension of the GOP’s post-policy problem: They don’t want to be bothered with questions about governing solutions, they just want to benefit from public frustrations.

To ask Republican officials and candidates to come up with meaningful policy blueprints — in response to a “gold mine” issue they’re grandstanding on — is to ask too much.