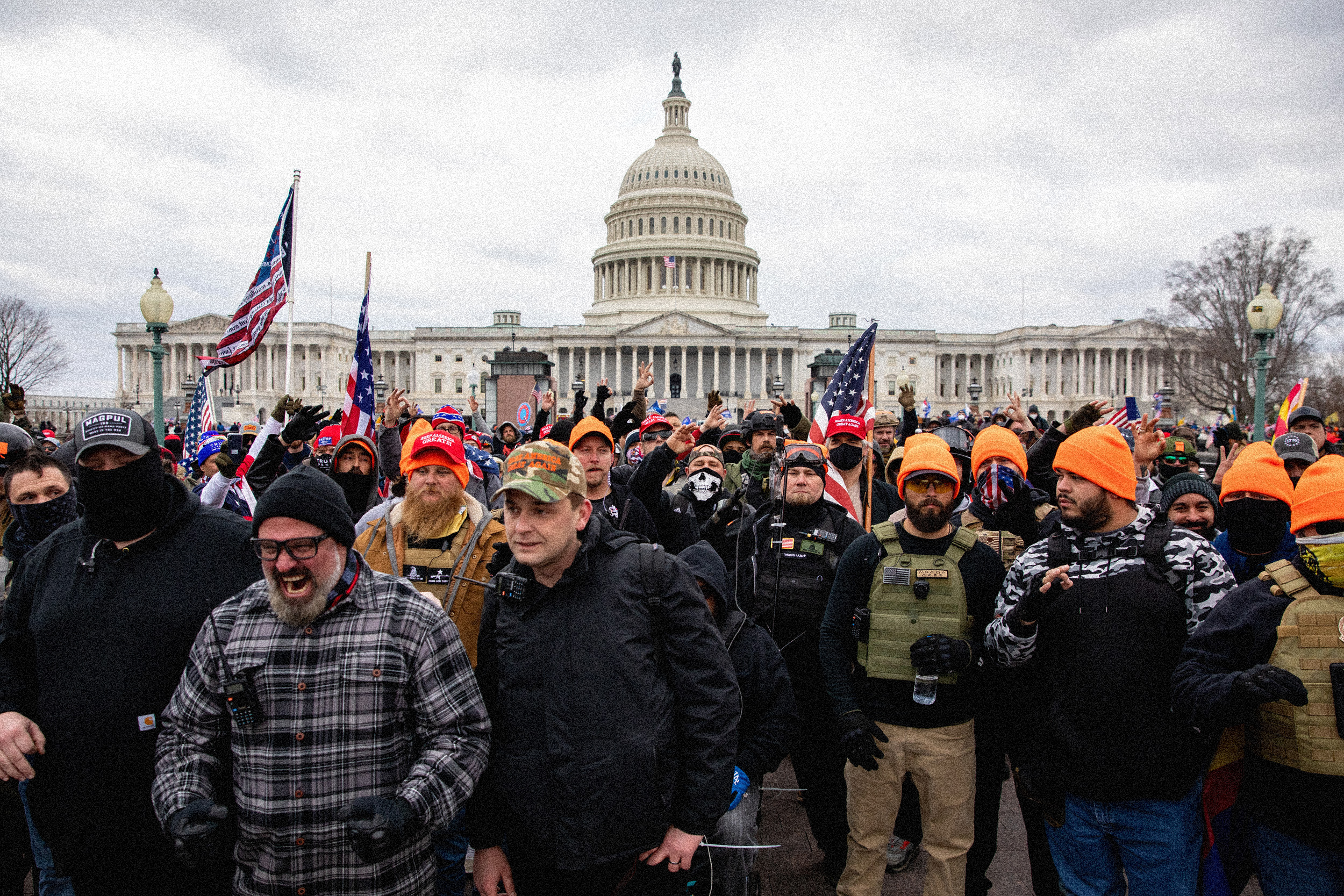 If we’re to take the Jan. 6 insurrectionists at their word, last year’s attack on the U.S. Capitol was meant to demonstrate that they’re an oppressed group.

And yet, everything about the way the attack unfolded, and everything that’s happened since, has undermined the cries from the violent, largely white mass of malcontents that terrorized the nation one year ago.

Some claimed that predominantly Black districts — read: Black voters — “stole” the election with fraudulent voting. They claimed the government was privy to this scheme and did nothing, implying that Black people are given preferential treatment in America.

And it was all lies.

Election reviews have proven voter fraud had no impact on the outcome of the 2020 presidential race. And on top of that, it’s increasingly clear that Republicans committed a large portion of the illegal voting that did occur. The criminal mind conservatives connect to Black voters is a white lie in the most literal of ways, and a deflection from the reality of right-wing voter fraud.

But the lunacy of the Jan. 6 attackers doesn’t end there. The implicit charge that Black people are given preferential treatment was dispelled the moment the mob attacked Capitol police, stormed the halls of Congress and weren’t riddled with bullets — or worse. And the meager sentences most of these attackers have received speaks to how good they have it, as far as America’s justice system is concerned. Black Americans have seen far more violence for doing far less.

Were the insurrectionists Black, U.S. armed forces would most likely have stormed the Capitol to swiftly put an end to the riot.

The Jan. 6 insurrectionists sought and continue to seek camaraderie in their collective delusion.

Like many, many others, I was disgusted by what I witnessed on Jan. 6. The image of screaming, spittle-mouthed racists scaling the Capitol wall with impunity will — and must — be branded into our national memory.

But I’ve never envied these people, and I never will. I’ve looked at images of the human sea they created inside and outside the Capitol, and I see sad desperation. These were people so blind to their own privilege, and so needing of a cause to live for, that they had to claim Black people’s struggles as their own to feel whole.

In reality, it’s predominantly Black and brown people who face government-led machinations designed to stop us from voting or discount our votes. It’s white people who’ve received preferential treatment from the U.S. government.

But the Jan. 6 insurrectionists sought and continue to seek camaraderie in their collective delusion, in their imagined world where they are victims and not coddled by the very government they’ve tried to destroy.

Newsom gives conservatives a taste of their own medicine