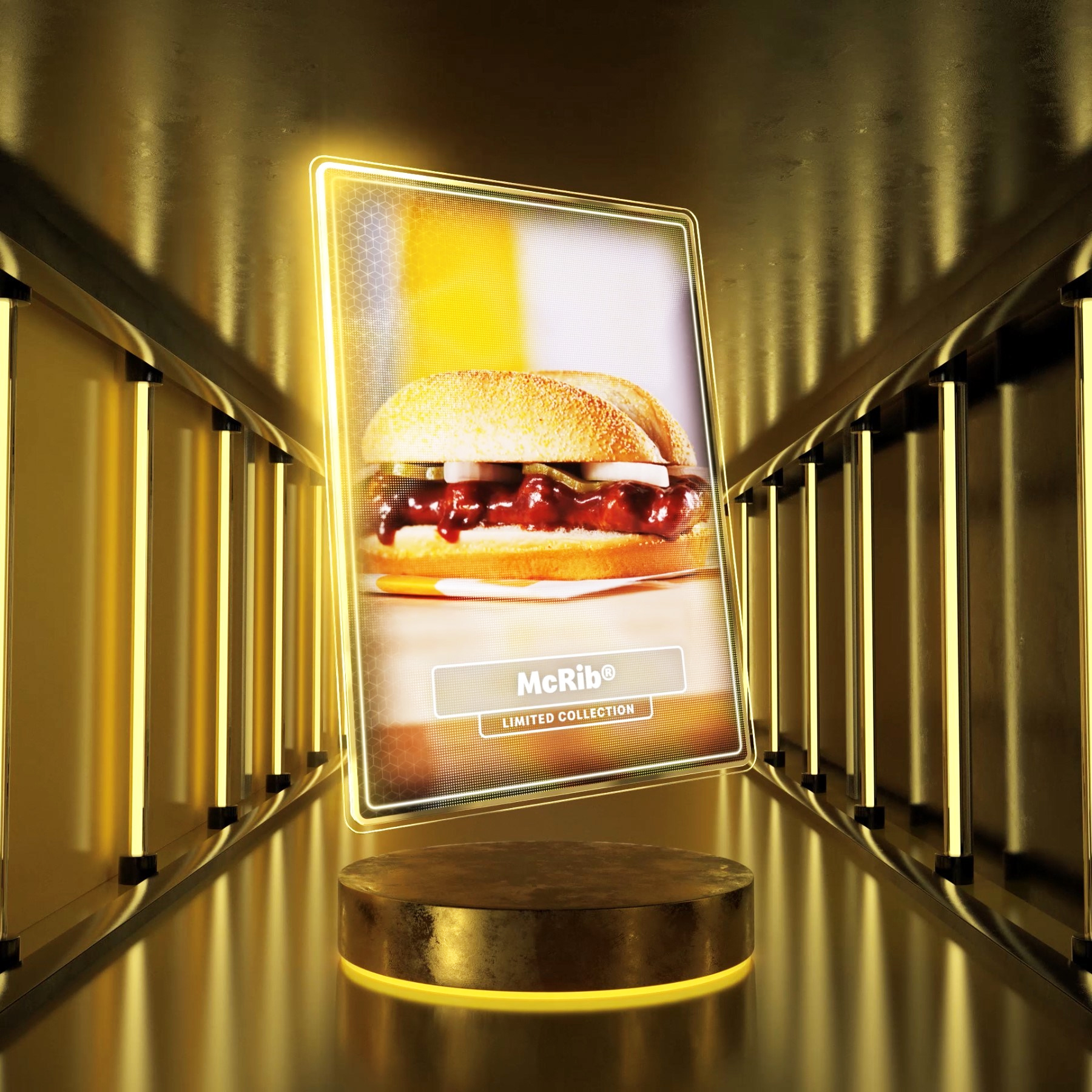 McDonald’s is creating its first-ever non-fungible token in honor of the McRib’s 40th anniversary.

The fast-food chain will begin giving out the NFTs to fans on Twitter starting Nov. 1, according to a press release from the company. The McRib will also begin rolling out at participating McDonald’s on the same day.

NFTs are a kind of certificate of authenticity. The NFT is a string of unique characters. The characters are connected to a blockchain, a group of computers that act as a digital ledger that no one computer can change.

The same concept powers cryptocurrencies like Bitcoin, but while bitcoins are all essentially the same, NFTs are nonfungible, or unique.

“With the McRib NFT, you’ll never again have to say goodbye to the sandwich you love,” the release states.

McDonald’s sweepstakes for the McRib NFT will run until Nov. 12 and the winner will need to have a crypto wallet in order to receive the piece of art.