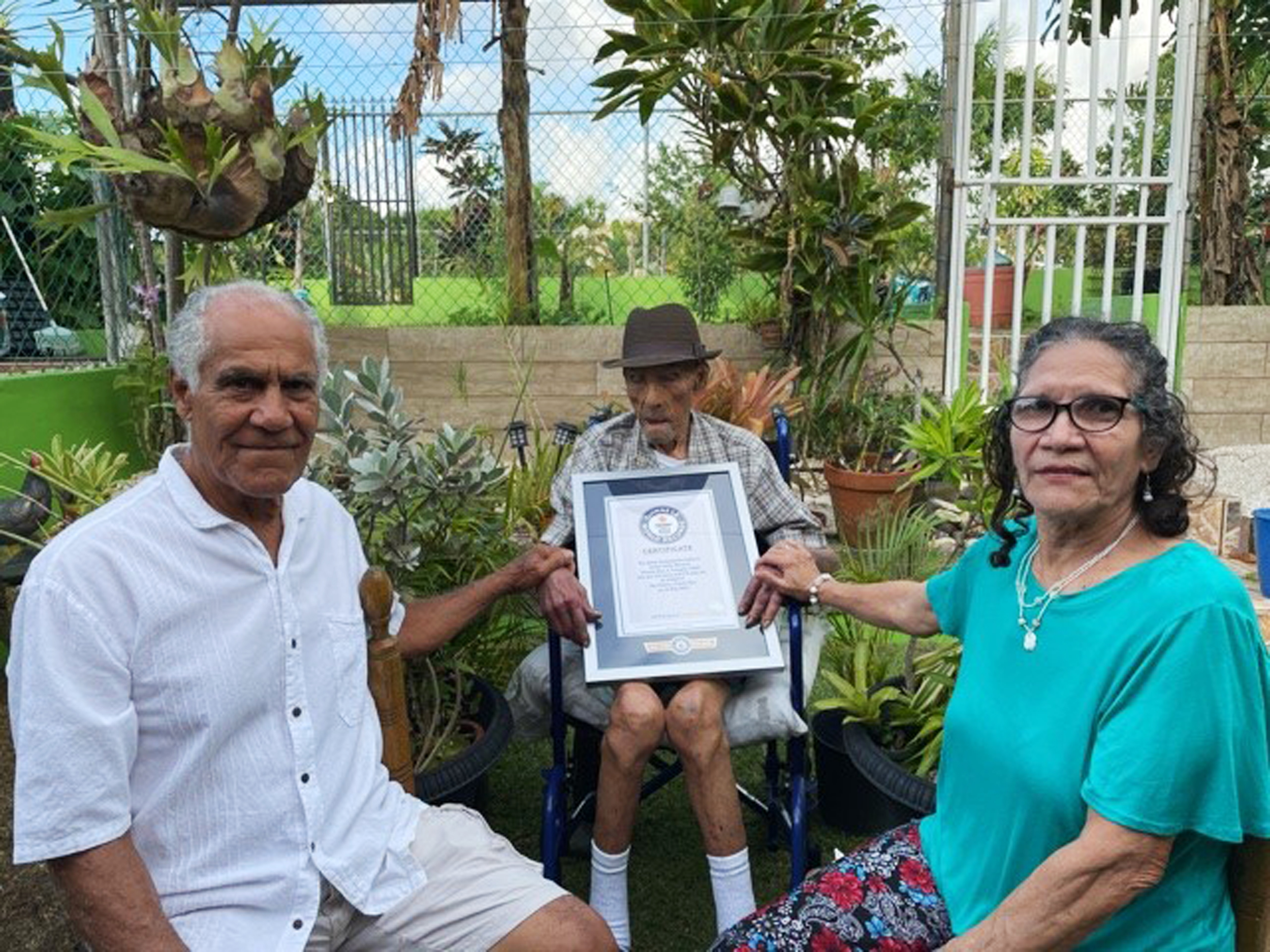 Craig Glenday, editor-in-chief of Guinness World Records, said Flores Márquez was “born, interestingly, on the 8th day of the 8th month in the 8th year of the 20th century!”

As the second-oldest of 11 children, Flores Márquez started working on his father’s sugarcane farm from a very young age. He was often responsible for watering and loading the sugarcane onto wagons for transport. As his family’s first-born son, he was also in charge of carrying out household chores and helping to care for his siblings.

Flores Márquez was married to Andrea Perez for 75 years, and they had four children together. Perez died in 2010, and two of their children, Tirsa and Millito, still live. Flores Márquez also has five grandchildren and five great-grandchildren.

He now lives in Rio Piedras, Puerto Rico, where he received his official Guinness World Records title certificate. His two living children were there to commemorate the lifelong achievement with celebratory photos.

Even though Flores Márquez underwent surgery to implant a pacemaker 11 years ago and has nearly lost all of his hearing, his family says he continues to show strength and good health.

According to Flores Márquez, the key to a long and happy life is to have an abundance of love — as well as avoiding anger and resentment.