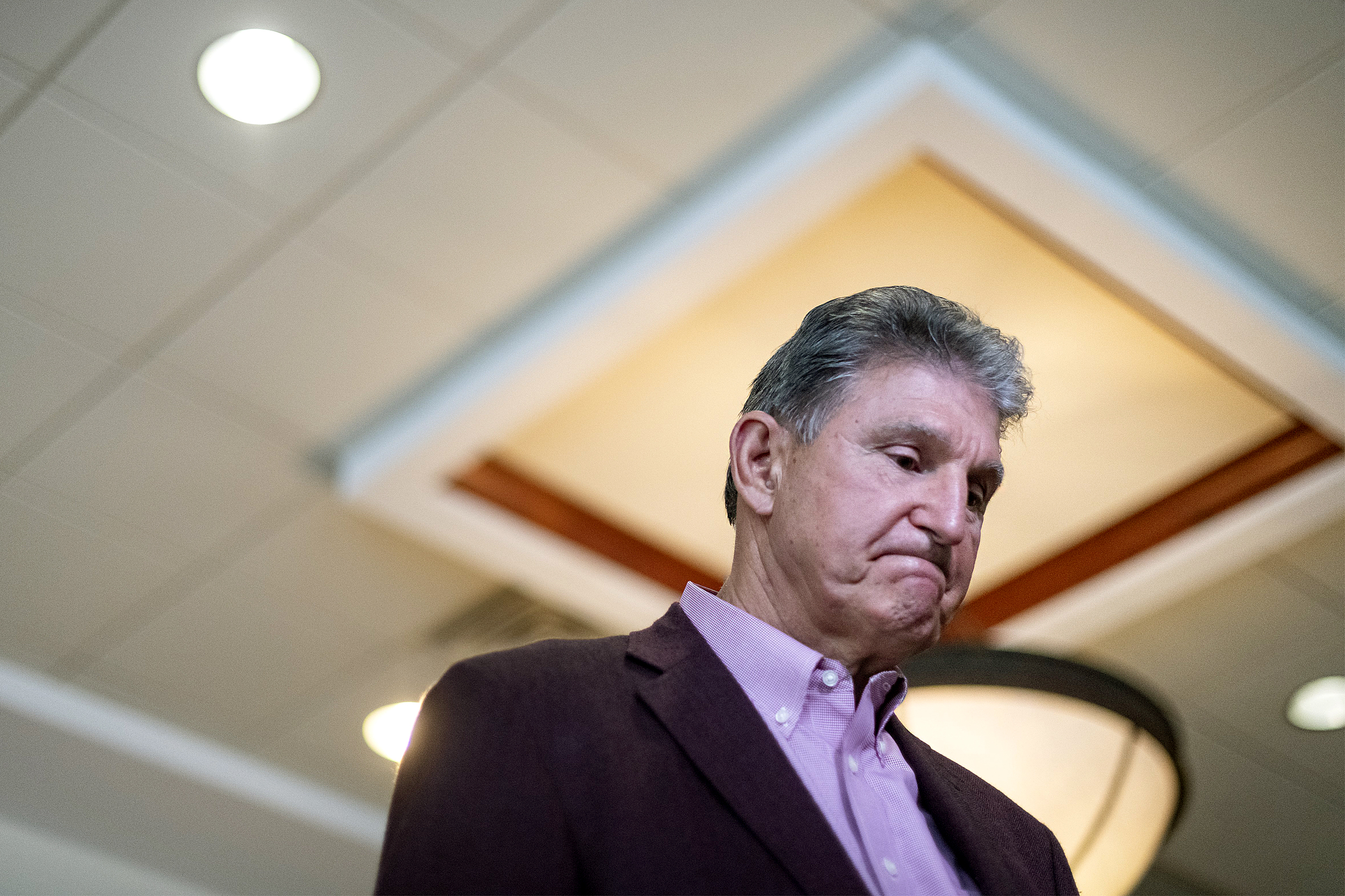 According to the Treasury Department, the United States will default in just 12 days. According to Senate Majority Leader Chuck Schumer, Congress must resolve the matter this week to prevent economic consequences.

In other words, the crisis that was an abstraction when some GOP senators started pushing the idea in April is now an unavoidable reality.

Republicans responsible for creating this debt-ceiling crisis have a single demand: GOP leaders insist that Democrats diffuse the economic bomb by going through a lengthy and complex legislative process, which will result in Republicans having a political weapon in the 2022 midterm elections. Democrats have responded by saying there isn’t enough time to jump through those procedural hoops.

There is, however, a faster, easier, and more effective solution, which would resolve the problem and prevent a calamity. As The New York Times reported overnight, the White House is warming up to the obvious answer:

President Biden said on Tuesday that Democrats are considering a change to Senate filibuster rules to bypass a Republican blockade over raising the debt limit, which has set the United States on a collision course with a government default. “Oh, I think that’s a real possibility,” Mr. Biden said when asked if Democrats were considering the last-resort route, which would involve making an exception to allow for a debt ceiling bill to pass with a simple majority instead of the usual 60 votes needed.

This couldn’t be any easier. By embracing the so-called “nuclear option,” Democrats could simply end all debt-ceiling filibusters, pass a clean bill, prevent a disaster, and move on. For senators concerned about more dramatic reforms, the legislative filibuster would remain intact — this would be a simple procedural shift that would prevent a spectacularly dangerous abuse.

There are already plenty of filibuster exceptions — cabinet and judicial nominations, budget resolutions, votes on a War Powers Resolution, the Congressional Review Act, trade promotion authority, etc. — and there are literally no downsides to adding the debt ceiling to this list.

A growing number of Democratic senators are coming around to the belief that they may not have any other choice. Sen. Chris Coons of Delaware, for example, said the likelihood of creating a new carve-out to the chamber’s filibuster rules is “very strong” unless Republicans change course. Roll Call spoke to several other Democratic senators who said roughly the same thing, and NBC News reported late yesterday, “Creating a new exception to the filibuster is gaining support among Senate Democrats.”

Independent Sen. Angus King of Maine, for example, said yesterday, “I’ve been consistently very skeptical of the idea [of tweaking the filibuster rules], but this is so beyond the pale in terms of irresponsibility. We have a responsibility to the people of this country that transcends the Senate rule.” Democratic Sen. Chris Murphy of Connecticut added, “[I]f you’re ever going to change the filibuster, doing it to stop the meltdown of the economy is a pretty good reason.”

At the surface, all of this seems quite encouraging. Default would cause catastrophic consequences, and the governing party is starting to coalesce around an easy, obvious, simple, efficient, and effective solution, which wouldn’t cost a dime. It would make centrists happy because it preserves legislative filibusters; it would presumably make Republicans happy since they’ve said they want Democrats to raise the debt ceiling on their own; and it would make everyone else happy by preventing the nation from defaulting for the first time in its history.

So, problem solved? Alas, not just yet.

Just below the surface, Sen. Joe Manchin of West Virginia suggested this morning that he’s opposed to the easy, obvious, simple, efficient, effective, and cost-free solution, because he prefers to leave the existing filibuster rules intact.

In case this isn’t clear, senators like Manchin have suggested that the filibuster rule forces compromise. I think that’s mistaken, but this is the argument. But on the debt ceiling, Republicans aren’t looking for a compromise. They haven’t even asked for one.

And that seems to leave the conservative Democrat with a decision to make.

Would any elected official in their right mind tell voters, “Republicans crashed the economy on purpose, and I could’ve stopped them, but I decided allowing filibuster abuses mattered more”?

Sometime very soon, Manchin will have to decide which is more important: preventing an economic catastrophe or protecting debt-ceiling filibusters. This shouldn’t be a tough call.

He’s running out of time to make it. Senate Democrats will reportedly hold an emergency meeting this afternoon to address the crisis, not just because of the Oct. 18 deadline, but also because members believe they are getting close enough to the cliff that it adverse economic effects are imminent.