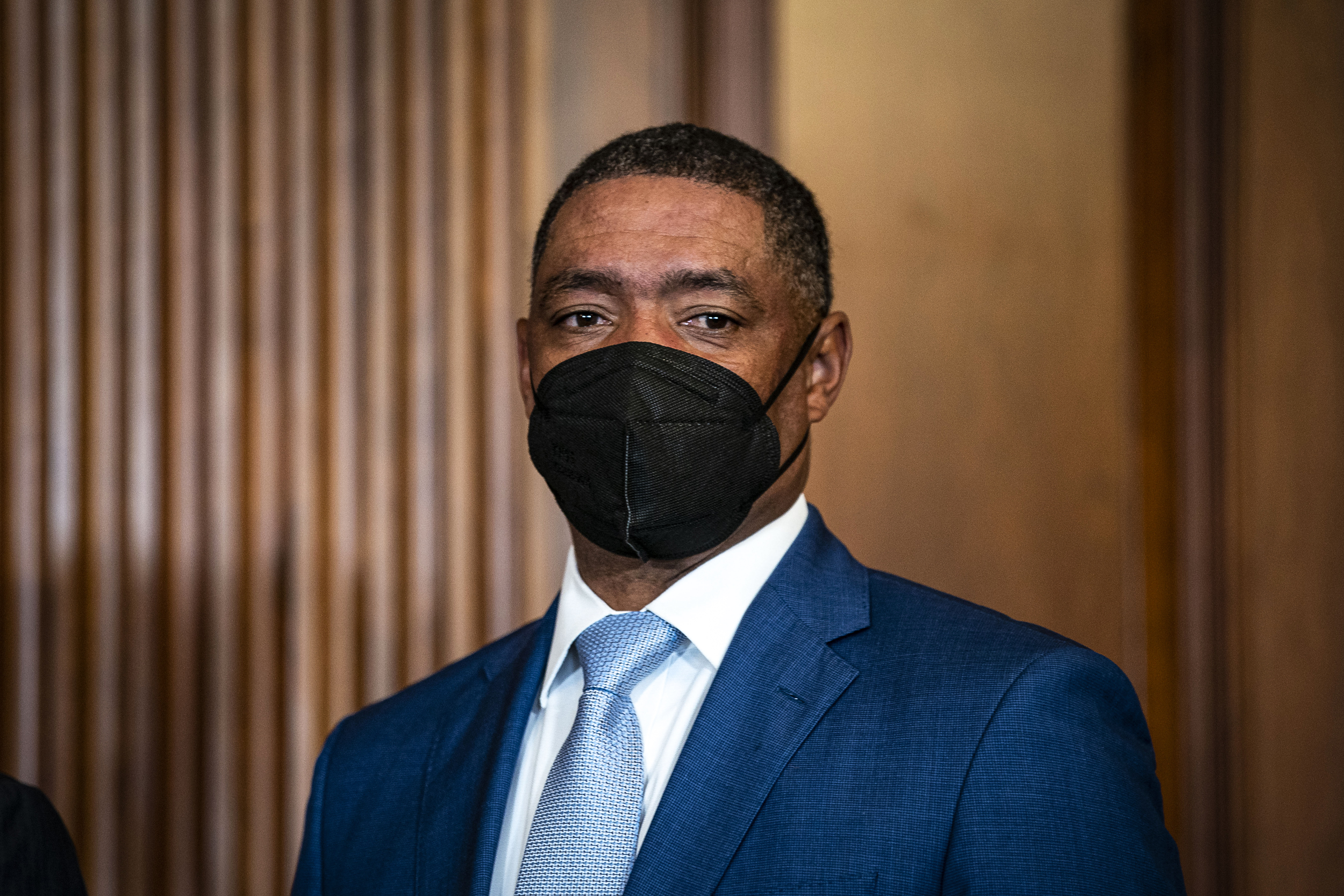 WASHINGTON — Cedric Richmond, a top aide to President Joe Biden, plans to resign from his White House post, according to four people familiar with discussions about his future.

Richmond, a senior adviser to the president and director of the Office of Public Engagement, would be the highest-ranking Biden aide to leave since the start of the administration.

He is expected to take on an advisory role at the Democratic National Committee in advance of the midterms, but the specifics have been under negotiation, according to the sources. One of them said it will likely be as a “consultant — not day to day.” A second person said it would be in an “advisory” post focused on the midterms.

Richmond, who played golf with Biden Sunday, has long considered a departure from the White House and a possible assignment at the DNC. Friends say that he wants to spend more time with his family in New Orleans, and have the freedom to earn more than the $180,000 salary cap for White House aides.

“I don’t have an announcement right now,” Richmond, who was meeting with Biden Monday, said in a text message to NBC News.

White House spokeswoman Jen Psaki did not deny the plans during a press briefing Monday afternoon.

“I can assure you when we have something to announce it will involve a new important role for Cedric Richmond, and something the president is excited about,“ Psaki said.

The pending move comes against the backdrop of growing Democratic anxiety about the midterms and waning chances for Biden’s legislative agenda.

Even a temporary consulting assignment threatens to upset power dynamics at the DNC, where Chairman Jaime Harrison has chafed at the authority White House officials wield over him. Harrison became so frustrated at one point that he considered resigning from his post.

One reason it hasn’t happened yet, the second source said, is that the White House is trying to avoid the perception that Harrison is being “layered” — retaining his title, but poised to lose power.

Few people in politics are closer to Biden than Richmond, who served as co-chairman of Biden’s 2020 presidential campaign. Biden appreciates the electoral politics skills Richmond developed during a decade representing New Orleans in the House, according to people who worked on the campaign and in the White House.

Moving Richmond to the DNC could also signal to lawmakers that Biden takes the threat of a Republican takeover of Congress seriously. At the same time, Richmond’s relationships with Biden, Vice President Kamala Harris and senior West Wing officials would keep him in the White House loop.

“Cedric Richmond will still have access,” said one party official.

Adrian Saenz, who currently serves as Richmond’s deputy at the White House, could be in line to take over as director of the office of public engagement. Saenz is a former Obama administration official and Capitol Hill aide.

In recent months, Harrison has ramped up donor meetings and the DNC has broken monthly fundraising records. That fell just short of the Republican National Committee, which reported out-raising the DNC in the first three months of the year, with less cash on hand.

“It’s a sign that the president is going to get on the road more and do more engagement politically,” a source close to Richmond said.