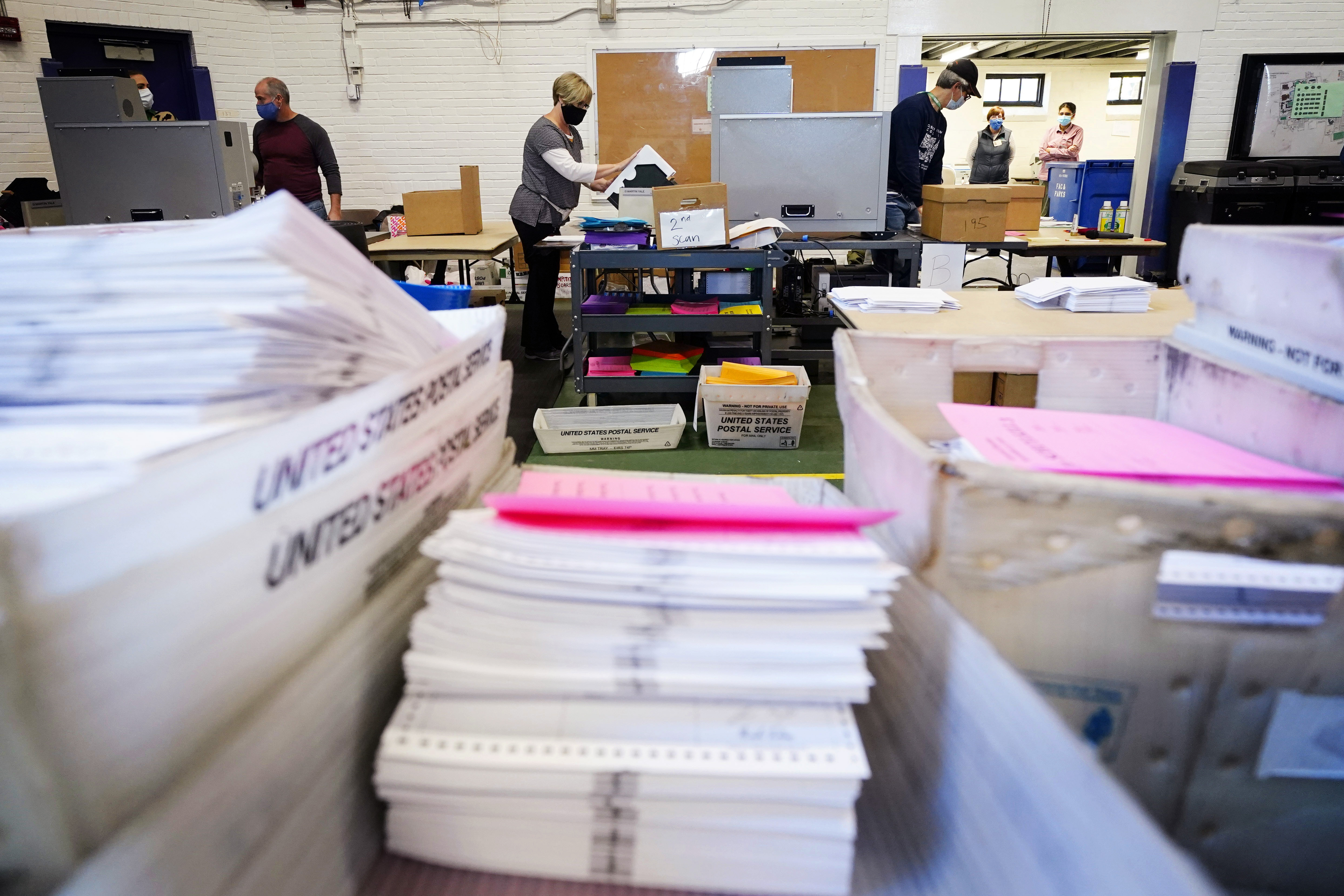 On Monday, Corman pledged to get the investigation started this week under the leadership of GOP state Sen. Cris Dush, who traveled with Mastriano in June to visit the site of the so-called “forensic audit” of roughly 2 million Maricopa County votes.

Corman announced Dush’s appointment Friday, saying in a statement that Mastriano “retreated” from conducting the probe and “was only ever interested in politics and showmanship and not actually getting things done.”

The kerfuffle has Corman and Dush taking heat from election deniers, who, with Arizona’s review coming to a conclusion, could soon zero in on Pennsylvania as they continue to push for similar reviews across the country — even though the results and Biden’s victory have been affirmed again and again and courts have overwhelmingly rejected legal efforts to overturn the vote. At the same time, multiple Republicans in the state, one of last election’s most critical battlegrounds, say it’s time to move on and that continuing to pursue this audit is unwise.

Last month, Mastriano launched his attempt at a ballot review mirroring the Arizona process, which has come under bipartisan scrutiny for a lack of transparency the disregarding of several best practices and for being carried out by a group with no experience in Arizona elections.

He sent letters to Philadelphia, York and Tioga counties asking under threat of subpoena for access to a variety of elections materials and equipment. The Pennsylvania Department of State told counties not to comply with “any sham review of past elections that would require counties to violate the trust of their voters,” and that it would use “every legal avenue available” to “oppose any attempt to disrupt our electoral process and undermine our elections.”

Pennsylvania Acting Secretary of State Veronica Degraffenreid also warned counties that allowing third-party access to their voting machines would lead to decertification — and they’d be on the hook for the cost of replacement.

Those counties did not comply with Mastriano’s request. Last week, USA Today reported that Mastriano, in a since-deleted Facebook live video, lamented that Republican leaders blocked his plan to obtain subpoenas.

Mastriano’s ouster was met with disappointment and anger on the far right. Audit the Vote PA, a group that has promoted unsubstantiated claims of fraud, said on Facebook that if Dush doesn’t push Corman to reinstate Mastriano, “you will move to the top of our list of Senators who need primaried.”

“We feel like the rug has been ripped out from under our efforts and we WILL NOT sit idly by and let it happen,” the statement continued.

In a statement, Dush denied he was tapped to lead the effort “for the purpose of killing it.”

“The opposite is true,” he said. “We should have been having hearings and moving toward a more formalized plan to conduct an investigation weeks ago. My team and I are in the process of getting things organized and will work with Senate Leadership to get it done.”

Meanwhile, Corman appeared on former Trump adviser Steve Bannon’s online broadcast on Friday and local right-wing personality Wendy Bell’s Facebook stream to tamp down on the idea that he was trying to curb the probe.

Corman said the committee needs to focus on ensuring its subpoenas can withstand court challenges. Republicans hold a majority in the state Senate and are conducting the investigation out of the Intergovernmental Operations Committee. Democrats contend it’s a different state Senate committee, State Government, that has jurisdiction over elections.

“One of the concerns is who is doing this work, because you want credibility,” Corman told Bell, adding the investigation must be conducted “in a way that will stand — not just … for Republicans or a segment of the Republican Party, we want people in Pennsylvania to believe in what this investigation” reveals.

Corman also said he spoke to Trump and that he thinks the former president is “comfortable where we’re heading.” In June, Trump said if no audit takes place “there is no way” Corman and other state GOP leaders “will ever get re-elected!”

Mastriano, who participated in pro-Trump events in Washington, D.C., before the Jan. 6 riot at the U.S. Capitol, has been one of the biggest purveyors of the false claim that there was widespread fraud in last fall’s election. His efforts have boosted his profile and standing in Trump’s orbit.

Some of his colleagues are loudly opposed to the review. Last month, state Sen. Dan Laughlin, a Republican, said in an op-ed there was no credible evidence of fraud and that “Donald Trump lost Pennsylvania because Donald Trump received fewer votes.”

And last week, GOP state Sen. Gene Law warned that such an audit will “not be a productive undertaking.” He said Republicans will have to fight “every move associated with” it in court and that Republicans “have not won a court case against the [Gov. Tom] Wolf administration in over two years.”

He called for Republicans to negotiate with Democrats to pass an election reform package. Wolf vetoed an earlier GOP election law package earlier this year, but has since expressed more openness to a voter ID provision.

“Many of the emails I receive want an audit because the sender fully believes that Donald Trump will somehow be reinstated as president,” he said in a statement. “That is the underlying rationale for many who support an audit. Unless there is a coup, which is not going to happen in the United States, the 2020 election is over. Biden is the president. An audit is not going to change that fact irrespective of the outcome.”