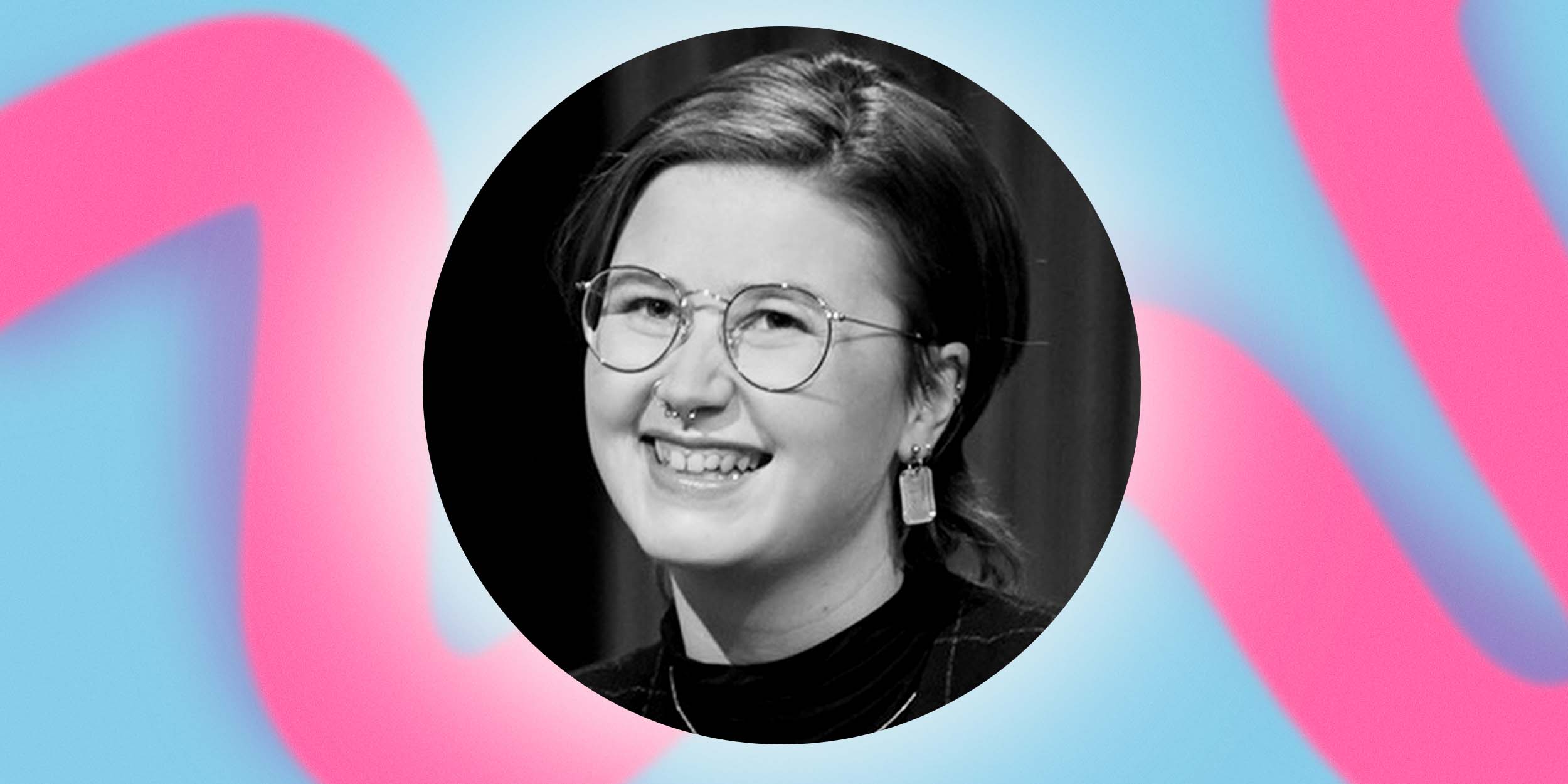 In honor of Pride Month, NBC Out is highlighting and celebrating a new generation of LGBTQ trailblazers, creators and newsmakers. Visit our full #Pride30 list here.

After a trailblazing 23-game “Jeopardy!” win streak, Mattea Roach became the game show’s longest-running and highest-winning Canadian champion. The LSAT tutor from Toronto took home a total of $320,081 after losing by $1 in her final game.

Roach, 23, who is a lesbian, captured fans’ attention with her animated personality as she talked through the thought process behind her answers, exuding a casual confidence not traditionally seen on “Jeopardy!”

Having begun taping in January — just after the show aired its last episode with Amy Schneider, who ended with a 40-game win streak after becoming the first transgender player to qualify for the Tournament of Champions — Roach said she was expecting another contestant to rise to the forefront in Schneider’s absence. Little did she know it would be herself.

She said she had initially submitted her application test out of boredom, not expecting to ever be more than a viewer of the show. Roach had always found herself interested in the kind of facts that would make for good trivia, but said she didn’t consider training for “Jeopardy!” until she, to her own surprise, was called on.

Though Roach made a unique impression on “Jeopardy!” with her bubbly personality, she said she didn’t expect to be so comfortable onstage — especially because she is usually much more subdued, she said.

“It’s rare in real life that I’m in a situation where I’m enjoying myself so much that it just sort of comes out like that,” Roach said. “But I do remember thinking like, OK, I knew people were probably going to pick up on the fact that I was gay, because people have been picking up on the fact that I’m gay since before I knew I was gay.”

That’s part of why she chose to embrace her authentic self going into the show, she said, because to moderate her behavior in hopes of being more palatable to viewers — whether by toning down her personality or her lesbian identity — would only detract from her primary focus: playing the game well.

Some of her critics online took issue with her appearing not to take the game seriously because of her comparatively informal behavior, she said, but they seem to regard “Jeopardy!” as a professional environment whereas Roach said she would not act in the same manner on a game show as she would in a workplace.

“I went on the show very familiar with people disliking me for kind of arbitrary aspects of my personality. And I was like, ‘Well, I’ve tried doing things to suit other people’s preconceptions of how a young woman should behave, and it hasn’t worked for me, and it makes me uncomfortable,’” she said. “So, I’m just going to do things my way and then people will have to deal with it.”

Life after her last episode aired in May hasn’t changed much, she said, aside from the recognition she now receives when out running errands. Roach said she still enjoys working as a tutor and is planning to attend law school.

Though many have taken notice of how young Roach is compared to the show’s typical range of contestants, she said she didn’t quite notice that aspect and doesn’t think of herself as a particularly young person, being the oldest of four siblings and having grown up with slightly older peers after skipping a grade in primary school.

What she was much more aware of, she said, was her queer identity. While many who watch the show are not queer or trans, she said she believes that some are also probably not exposed to anyone from the LGBTQ community at all. Roach’s and Schneider’s lengthy win streaks this season meant they brought themselves, along with their identities, into viewers’ living rooms every evening.

“When you have somebody that goes on a long run, what it shows is that these are people are multifaceted and have different interests than what you might expect. In some ways, I’m exactly what you would expect a young gay person to act like, but in other ways, I’m not,” she said. “And that’s true of any individual queer person.”

Angela Yang is an intern for NBC News’ diversity verticals.