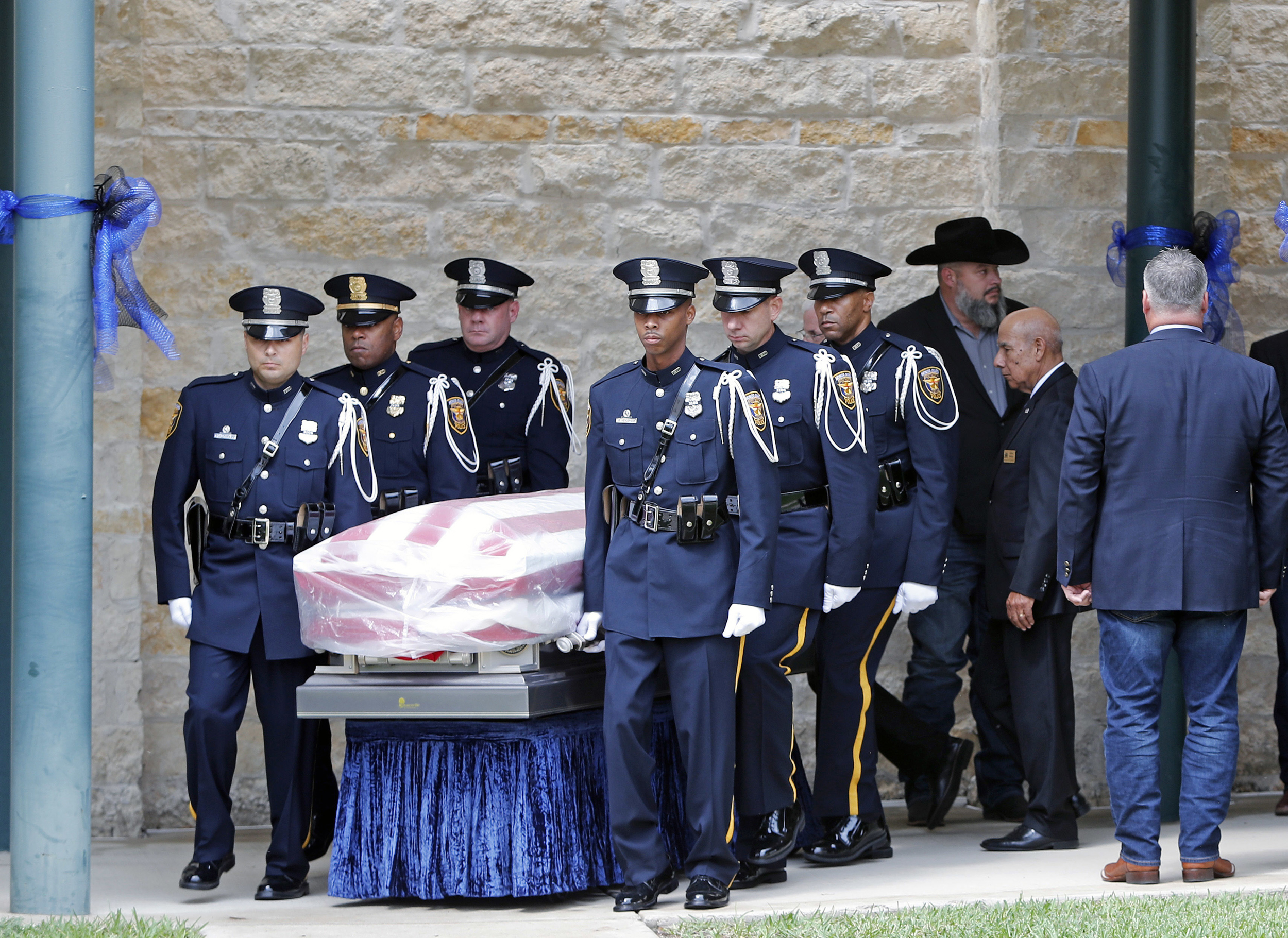 A Texas man charged with capital murder for his role in the 2018 fatal shooting of a police officer had his trial delayed after swallowing at least one razor blade, according to officials.

The capital murder trial of Timothy Kion Huff, 36, was slated to start Tuesday in connection to the death of Fort Worth police Officer Garrett Hull in September 2018.

Huff was taken to John Peter Smith Hospital where he will be “monitored for two or three days to see if he passes the blades,” a spokesperson for the district attorney’s office said.

Huff complained of chest paints Tuesday morning and was taken to the hospital for evaluation. There, he admitted to staff that he “accidentally swallowed a razor blade,” the Tarrant County Sheriff’s Office said to NBC Dallas Fort-Worth.

Inmates in the general population are allowed safety razors for shaving, the sheriff’s office said to the station. It’s not clear when he swallowed the blades.

An attorney for Huff did not immediately reply to NBC News’ request for comment.

Huff was one of three men believed to be behind 17 robberies targeting Latino bars in and around Fort Worth back in 2018, police said.

On Sept. 14, 2018, undercover Fort Worth police officers spotted Huff, then 33, along with suspects Dacion Steptoe, then 23, and Samuel Mayfield, also then 23, at a local bar. After police confronted the men, a gun battle ensued and Officer Garrett Hull was shot in the head, Fort Worth Police said at the time.

Steptoe, who opened fire and was believed to be the one who shot Hull, was killed in a shootout with officers, according to police.

Huff and Mayfield were both charged with capital murder for their role in Hull’s death. Mayfield will be tried separately.