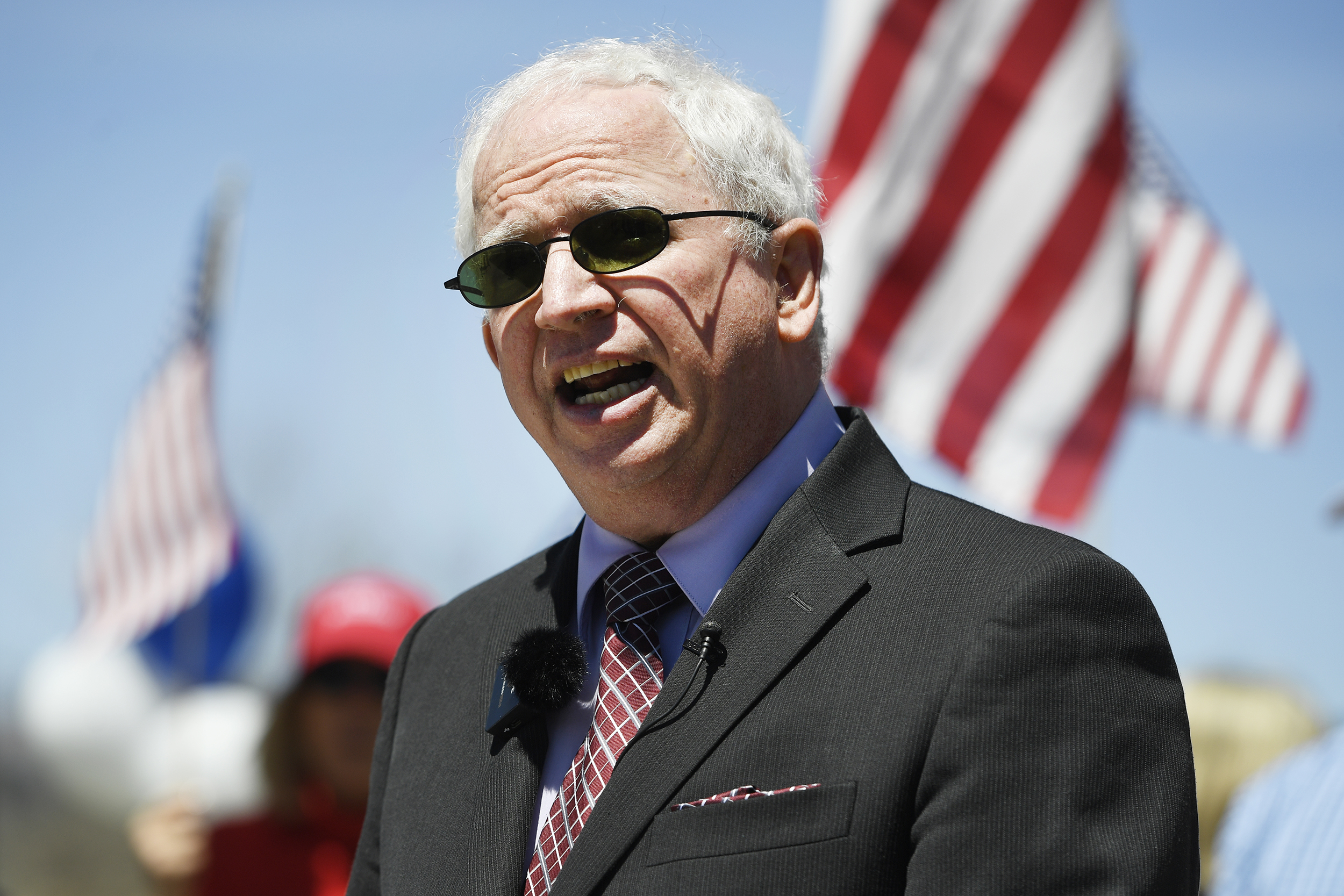 John Eastman, the lawyer who wrote memos arguing then-Vice President Mike Pence could overturn the 2020 election, said he plans on invoking his Fifth Amendment right against self-incrimination with the House committee investigating the Jan. 6 attack on the U.S. Capitol.

The committee has subpoenaed Eastman to turn over documents and appear for a deposition on Dec. 8.

In an interview Thursday with former Trump adviser Steve Bannon, Eastman called the committee “a farce” and suggested he might not appear for his deposition.

“My legal team put together a legal letter responding to the subpoena request explaining all the reasons why I was going to assert my privileges under the Fifth Amendment not to come testify, not to produce all these documents,” Eastman told Bannon’s “War Room” podcast.

If Eastman does not appear for his deposition, he would be following in the footsteps of Bannon, who’s since been hit with federal misdemeanor charges of contempt of Congress. Bannon has pleaded not guilty.

The Dec. 1 letter from Eastman’s attorney, Charles Burnham, was first reported by the National Pulse website and later obtained by Politico as well.

In the letter, Burnham writes that “Eastman hereby asserts his Fifth Amendment right not to be a witness against himself in response to your subpoena” because of concerns “that any statements he makes pursuant to this subpoena will be used in an attempt to mount a criminal investigation against him.”

“While Dr. Eastman emphatically denies committing any illegal acts, he nonetheless has a reasonable fear that the requested information could be used against him in court,” Burnham says in his letter, which also questions the panel’s authority to issue subpoenas and says the ones issued to Eastman are overbroad.

Burnham did not respond to a request for comment and NBC News has not independently verified the letter. NBC News has also reached out to the Jan. 6 committee.

The panel’s chairman, Rep. Bennie Thompson, D-Miss., wrote in a Nov. 8 letter to Eastman that his “documents and testimony are directly relevant to the Select Committee’s investigation, as you appear to have been instrumental in advising President Trump that Vice President Pence could determine which electors were recognized on January 6, a view that many of those who attacked the Capitol apparently also shared.”

According to the committee, Eastman briefed nearly 300 state legislators about the voter fraud claims and is alleged to have told the group to “make sure that we’re not putting in the White House some guy that didn’t get elected.”

Eastman told Bannon this week that the subpoena demands are a “far reaching intrusion.”

“I was subpoenaed to come testify to the Jan. 6 committee, but also to produce documents, communications spanning a period of 19 months, everything I’ve every written or said or communicated to anyone about election integrity, including my contact lists,” he told Bannon.

Eastman is the second subpoenaed witness to say he’ll invoke the Fifth Amendment. Earlier this week, an attorney for Jeffrey Clark, a former top Justice Department official who was pushing then-President Donald Trump’s baseless election fraud claims, said his client planned to take the Fifth when he’s deposed by the committee.

Clark initially refused to answer any of the committee’s questions when he first appeared before the panel last month, claiming executive privilege.

His attorney’s offer for him to testify again while invoking the Fifth came the night before the committee was scheduled to vote on whether to advance a measure saying he should be referred to the Justice Department for contempt of Congress. The committee voted to proceed with the referral, but said it would not be finalized if he cooperated in his next deposition.

Clark was scheduled to be deposed again on Saturday, but the committee announced Friday night that the deposition had been postponed until Dec. 16 after Clark notified the panel about a medical condition preventing him from appearing on Saturday.