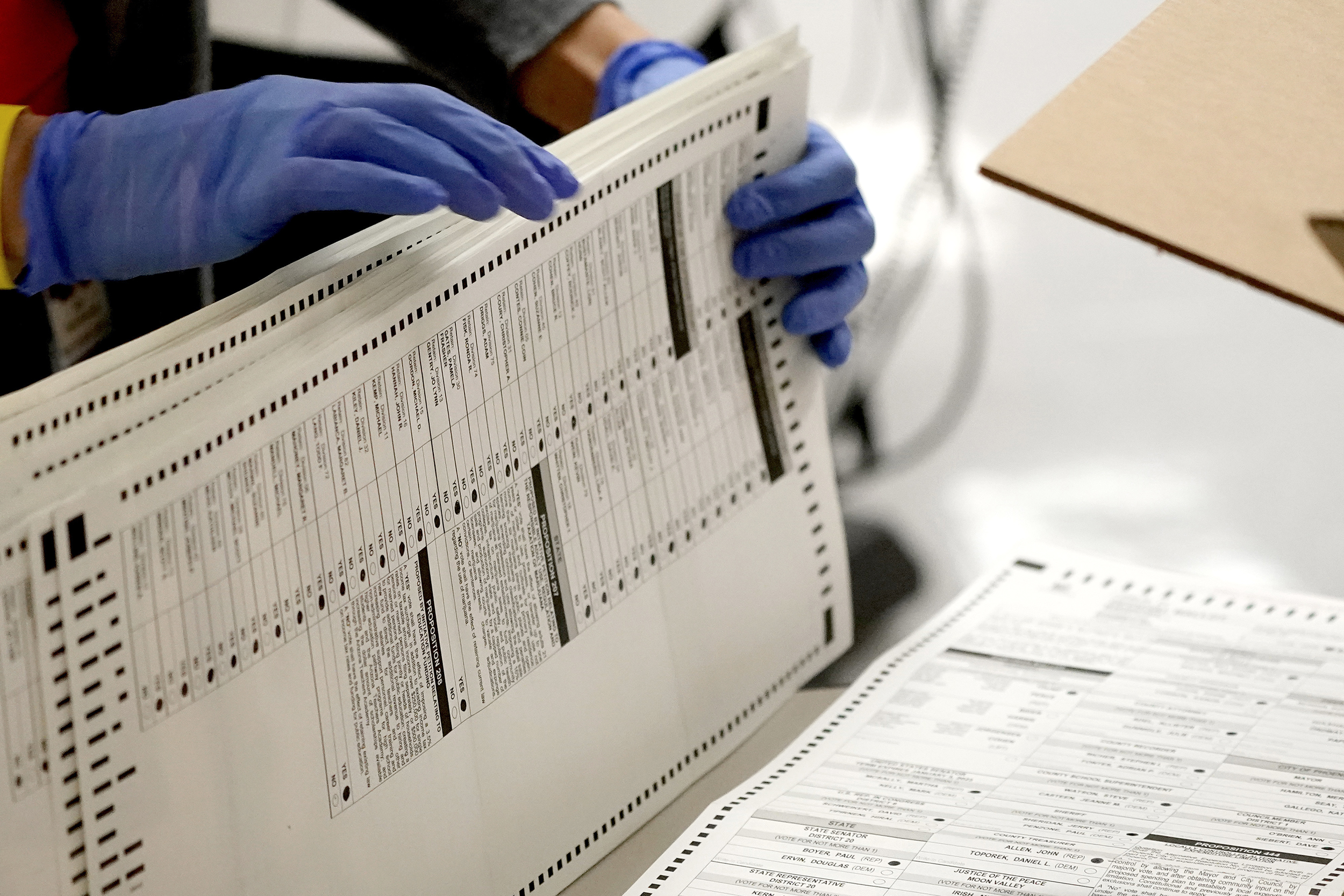 There are already several Republicans running in Arizona’s 2022 gubernatorial primary, but only one has Donald Trump’s official endorsement: Kari Lake, a former local news anchor, who’s enthusiastically embraced the former president’s election conspiracy theories. The public is just now starting to get a clear sense of what binds the two together.

For example, in Lake’s first television ad, viewers see the first-time candidate literally attacking old televisions with a sledgehammer while condemning U.S. journalists. What power would the governor of Arizona have over independent news organizations? I haven’t the foggiest idea, but the point seems to be some kind of effort to draw a connection: Lake assumes the GOP base hates “the media,” and she wants those voters to know she feels the same way.

But that’s not the only part of her message. Mother Jones’ Ari Berman noted over the weekend:

On November 30, 2020, Arizona’s Republican governor, attorney general, and chief justice of the state Supreme Court certified the state’s electoral votes for President Joe Biden. If Donald Trump has his way, that will not happen again for the Democratic candidate in 2024. Kari Lake, a former news anchor who is now the Trump-endorsed candidate for Arizona governor in 2022, told One America News on Friday that she “would not have certified” the votes had she been governor at the time.

The gubernatorial hopeful justified her position by pointing to “serious irregularities” that, in reality, do not exist.

At face value, this might seem like harmless and inconsequential posturing. Lake, eager to curry favor with a GOP base primed to believe weird anti-election theories, may have opinions about a hypothetical scenario, but unless and until she’s in a position of authority, those opinions don’t amount to much.

But therein lies the point: Lake may very well be in a position of authority after the 2022 elections.

As such, proponents of this idea tell us, there’s no real need to worry. There are systems and institutions in place to protect the integrity of the nation’s electoral process.

The problem with this argument isn’t that it’s factually wrong, it’s that the argument fails to appreciate what’s happened in Republican politics over the course of the year. Over and over again, what pro-Trump forces in the GOP have concluded is that it’s time to identify, target, and replace those Republicans who did the right thing in 2020 — and make sure there are new Republicans who’ll do the wrong thing going forward.

Late last year, as Arizona Gov. Doug Ducey signed the paperwork to certify his state’s election results, Trump tried to call him during the process. The Republican governor ignored the call and silenced it from ringing again as Ducey did his job.

Would his successor do the same thing? Or would Lake and like-minded Republicans nationwide create an avalanche of new election crises?