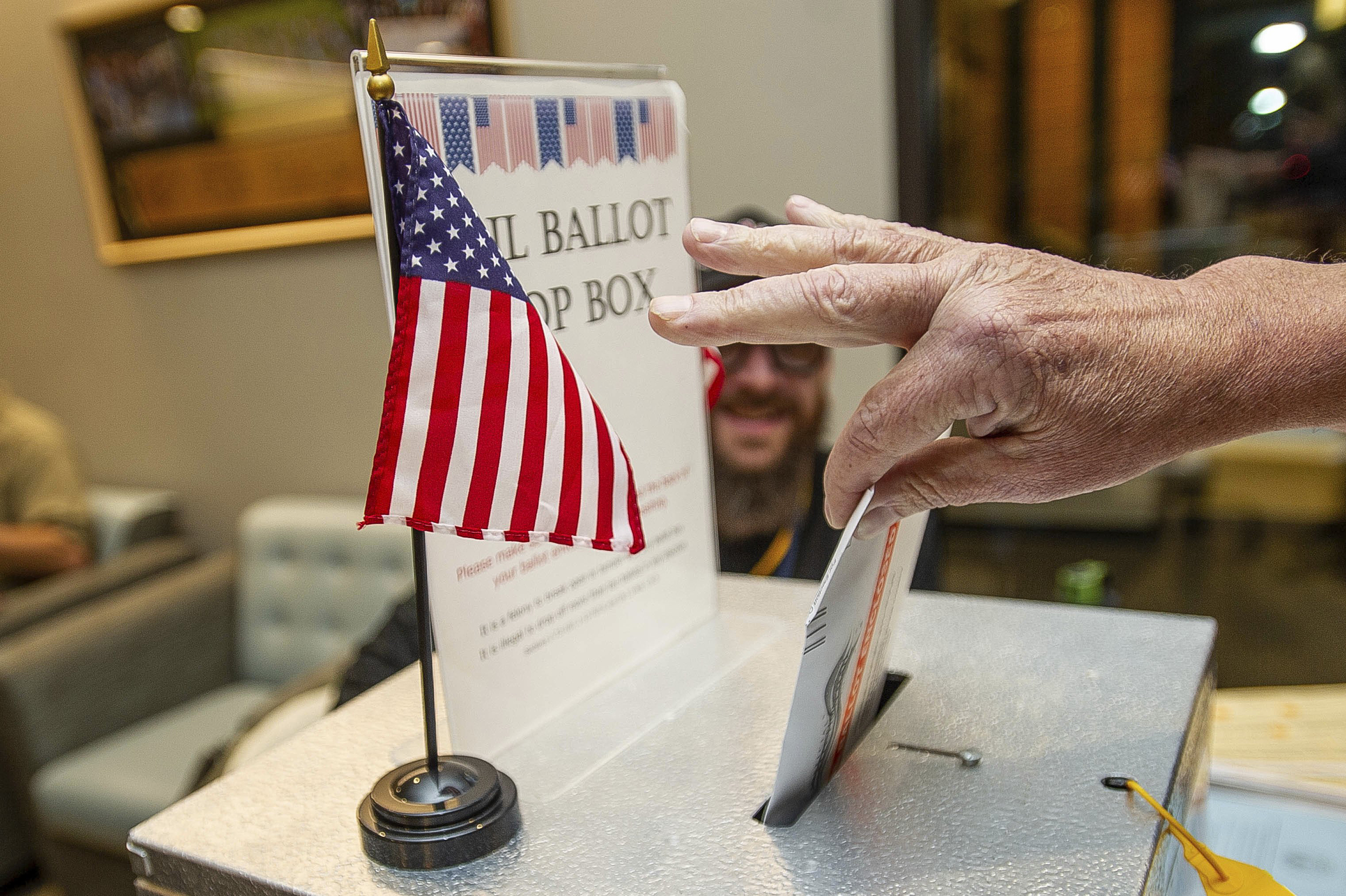 For most American voters, secretary of state — at the state level, not the cabinet secretary who leads the U.S. State Department — is probably a fairly obscure government office. In much of the country, these officials work behind the scenes on unglamorous tasks such as election administration, and few reach the household-name level.

For example, the former president has already endorsed three far-right candidates in 2022 secretaries of state races: Georgia’s Jody Hice, Michigan’s Kristina Karamo, and Arizona’s Mark Finchem. There’s no great mystery as to what the three have in common: Each have been deeply critical of the 2020 presidential election and eager to lend credence to ridiculous conspiracy theories about Trump’s defeat.

Hice, a sitting Republican member of Congress, refused to vote to certify President Joe Biden’s victory; Karamo has falsely claimed there’s “overwhelming evidence” that raise doubts about Biden’s win in Michigan; and Finchem, a state legislator, is a notorious “Stop the Steal” activist. Trump, of course, wants them to win so that his loyal allies will be responsible for administering upcoming elections in key states.

But they’re not alone. As Rachel noted on last night’s show, Reuters published an important special report yesterday on the “wider group of Republican secretary-of-state contenders in America’s swing states who have embraced” demonstrably false claims about Trump’s defeat.

Their candidacies have alarmed Democrats and voting-rights groups, who fear that the politicians who tried hardest to undermine Americans’ faith in elections last year may soon be the ones running them — or deciding them, in future contested votes.

Those alarms are ringing for a reason. When the people running elections are the same people who believe false claims about election results, that’s a serious problem for our democracy.

And yet, here we are. Reuters interviewed nine of the 15 declared Republican candidates for secretary of state in five battleground states — Arizona, Georgia, Wisconsin, Michigan, and Nevada — and concluded that 10 of them “have either declared that the 2020 election was stolen or called for their state’s results to be invalidated or further investigated.”

How many of the candidates accepted the legitimacy of Biden’s victory? Two.

Significant amounts of money are pouring into these contests — again, races that are typically low-profile, down-ballot affairs — as GOP candidates run on platforms that would make it more difficult for voters to participate in future elections.

It’s hard to overstate how consequential these races may become. Reuters’ report focused special attention on the GOP candidates in Arizona:

In addition to promoting voter-fraud claims and calling for Arizona to decertify Biden’s win, Finchem has expressed views linked to the QAnon conspiracy theory, which casts Trump as a savior figure and elite Democrats as a cabal of Satan-worshipping pedophiles and cannibals. Finchem was a featured speaker at the Jan. 5 “pre-rally” in Washington, a warm-up for the bigger gathering at which Trump himself spoke. “When you steal something, that’s not really a win; that’s a fraud,” Finchem said. Addressing members of Congress, he said: “This ain’t going away.”

One of his GOP primary rivals for Arizona secretary of state is a state legislator who introduced a bill to empower the Republican-led legislature to revoke the secretary of state’s election certification. She also “signed onto a resolution in December urging Congress to award Arizona’s Electoral College votes to Trump, despite his loss to Biden by more than 10,000 votes.”

Voters inclined to focus on top-of-the-ballot contests in upcoming elections, overlooking races for secretary of state, need to rethink that strategy.