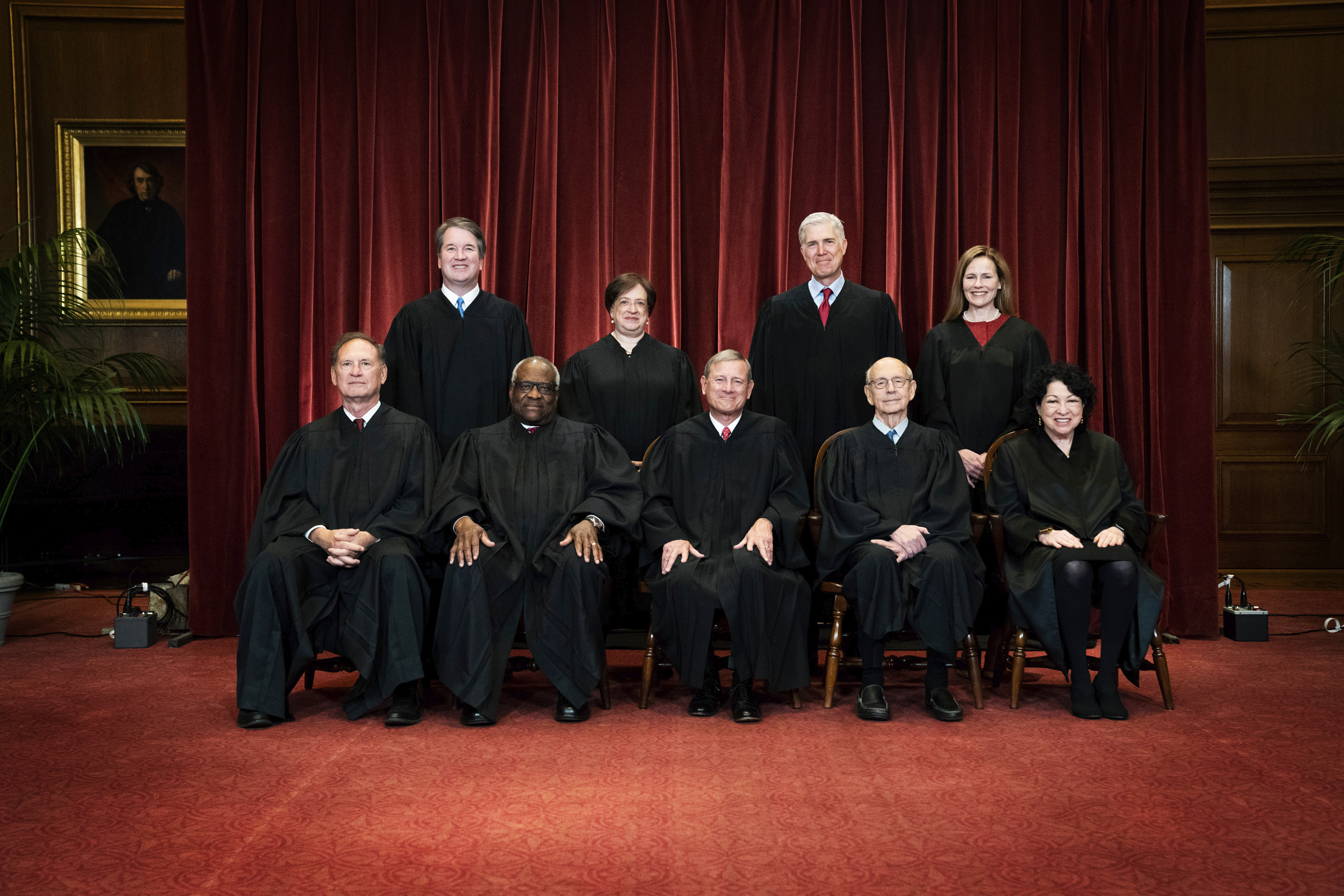 As controversial as Texas Republicans’ sweeping new abortion ban is, there is no doubt that its architects intended to circumvent and undermine the existing Roe v. Wade precedent. It’s why opponents of the GOP law turned to the courts to seek relief, hoping the judiciary would block implementation of the policy before it took effect yesterday.

That obviously did not happen. This past weekend, conservative judges on the 5th Circuit Court of Appeals were supposed to hear a legal challenge to Texas’ abortion ban, but they decided not to bother. Plaintiffs took the case to the U.S. Supreme Court, which initially said nothing, allowing the radical state law to take effect without saying a word.

Even by the standards of the Trumpified Supreme Court, the legal circumstances bordered on farce: In the middle of the night, after a radical law had already taken effect, five Republican-appointed justices issued a short, unsigned order.

The majority conceded that opponents of the law “have raised serious questions regarding the constitutionality of the Texas law.” But as the NBC News report added, the justices nevertheless concluded that those arguments did not adequately address the “complex and novel” procedural questions presented by the case.

And so, under cover of darkness, without a hearing or oral arguments, five members of the high court — three of whom were chosen by Donald Trump — effectively said Roe v. Wade protections no longer apply in the nation’s second largest state.

It would be a mistake to see the Texas law as simply the latest in a series of abortion bans. At face value, the policy prohibits women from terminating unwanted pregnancies after six weeks — a timeline in which many women don’t even know they’re pregnant.

But as we discussed yesterday, what makes the Texas law unique is it tries to shift enforcement of the law from the state to ordinary citizens. The result is effectively a vigilante system: If some random person learns that a Texan had an abortion seven weeks after getting pregnant, he could file suit against the physician who performed the procedure. And the nurse who was in the room. And the friend who drove the woman to the health clinic. And the family member who gave the woman some money to help pay for the trip.

According to the state’s new law, a random person, effectively deputized by Texas Republicans, could sue any of these people for $10,000 — plus attorneys’ fees — turning anti-abortion activists into bounty hunters.

“The court’s order is stunning,” Justice Sonia Sotomayor wrote in her dissent. “Presented with an application to enjoin a flagrantly unconstitutional law engineered to prohibit women from exercising their constitutional rights and evade judicial scrutiny, a majority of justices have opted to bury their heads in the sand.”

She added, “The Act is clearly unconstitutional under existing precedents. The respondents do not even try to argue otherwise. Nor could they: No federal appellate court has upheld such a comprehensive prohibition on abortions before viability under current law. The Texas Legislature was well aware of this binding precedent. To circumvent it, the Legislature took the extraordinary step of enlisting private citizens to do what the State could not.”

Sotomayor went on to write, Today, the Court finally tells the Nation that it declined to act because, in short, the State’s gambit worked. The structure of the State’s scheme, the Court reasons, raises ‘complex and novel antecedent procedural questions’ that counsel against granting the application, just as the State intended. This is untenable. It cannot be the case that a State can evade federal judicial scrutiny by outsourcing the enforcement of unconstitutional laws to its citizenry.”

The justice concluded, “The court has rewarded the state’s effort to delay federal review of a plainly unconstitutional statute, enacted in disregard of the court’s precedents, through procedural entanglements of the state’s own creation. The court should not be so content to ignore its constitutional obligations to protect not only the rights of women, but also the sanctity of its precedents and of the rule of law.”

These were not simply the words of a disappointed jurist. Sotomayor’s point was to make plain the nature of a brazen scheme: Texas Republicans created a complex system to circumvent the law and Supreme Court precedent, which led five Supreme Court justices to conclude that Texas Republicans’ law must take effect because of the time it will take to explore the statute’s complexities.

There is no credible defense. Five members of the nation’s highest court didn’t care.