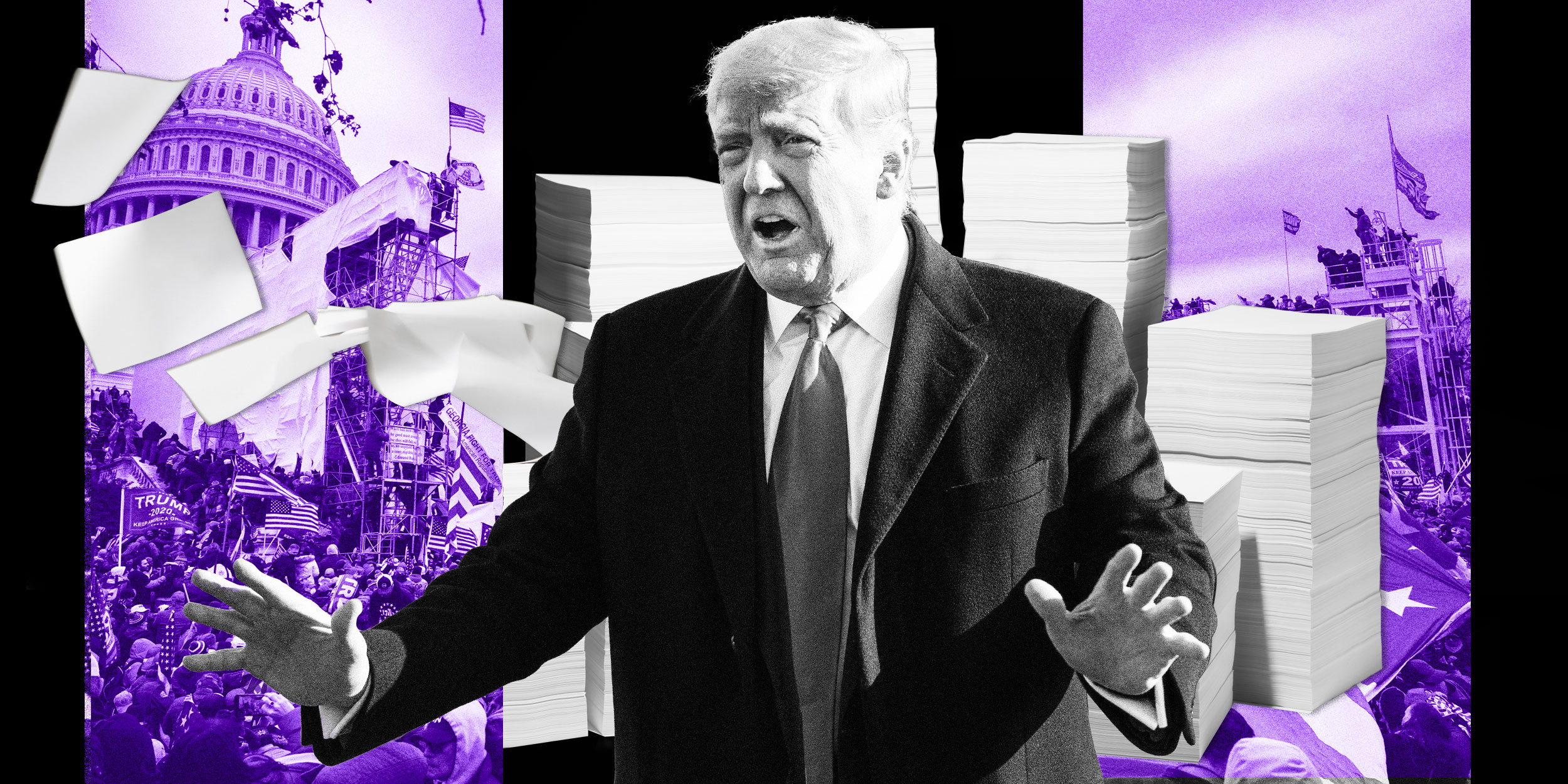 Former President Donald Trump’s attorneys succeeded in a last-ditch effort earlier this month to temporarily block Congress from obtaining documents related to his actions surrounding the Jan. 6 riot in the U.S. Capitol. But his legal team returns to a federal appeals court Tuesday with an increasingly weak rationale for keeping those records secret.

Congressional investigators are seeking a variety of documents, including memos, emails, White House visitor logs and records of White House conversations relevant to their inquiry into the attack. Trump’s legal team has trotted out one excuse after another in an attempt to stall and block the House’s Jan. 6 committee from accessing the documents.

One of its excuses is that the investigation is without purpose, and that the committee is using it to “intimidate and harass President Trump and his closest advisors under the guise of investigating the events of January 6, 2021.”

But there’s no guise here. Several members of Trump’s inner circle, including his former adviser Steve Bannon and former White House chief of staff Mark Meadows, have been subpoenaed to appear before the committee specifically to address their potential involvement in — or knowledge of — the attack.

For legal purposes, Trump’s attorneys clearly want for investigations into the riot to be viewed as investigations into Trump himself. It’s a revealing strategy that shows just how central Trump is in the story of the Jan. 6 chaos, but his claims of harassment aren’t going to shield him from accountability here.

Multiple Trump associates being subpoenaed in connection with the deadly riot isn’t the exonerative force his legal team thinks it is.

Trump lawyers have also argued that the National Archives turning over the documents would set a dangerous precedent, a claim that ignores the dangerous precedent already being set by their client’s support for the violent, anti-democratic attack forged in an effort to overturn the 2020 election.

If a judge upholds the committee’s request to the National Archives on Tuesday, it would have “enormous consequences, forever changing the dynamics between the political branches,” Trump’s lawyers said in a brief. “In these hyper-partisan times, Congress will increasingly and inevitably use this new weapon to perpetually harass its political rival.”

Contrary to their claim, the committee’s investigation is fundamentally about preserving the semblance of political normalcy we have left. If the pro-Trump rioters had succeeded in reinstalling him as president, we’d be looking at a future without political rivalries at all — we’d face violent repression for opposing Trump’s wishes.

That unchecked illiberalism is the “enormous consequence” we should fear after the Jan. 6 attack, not attempts to hold Trump accountable.

Yet another reason to spend less time on Facebook