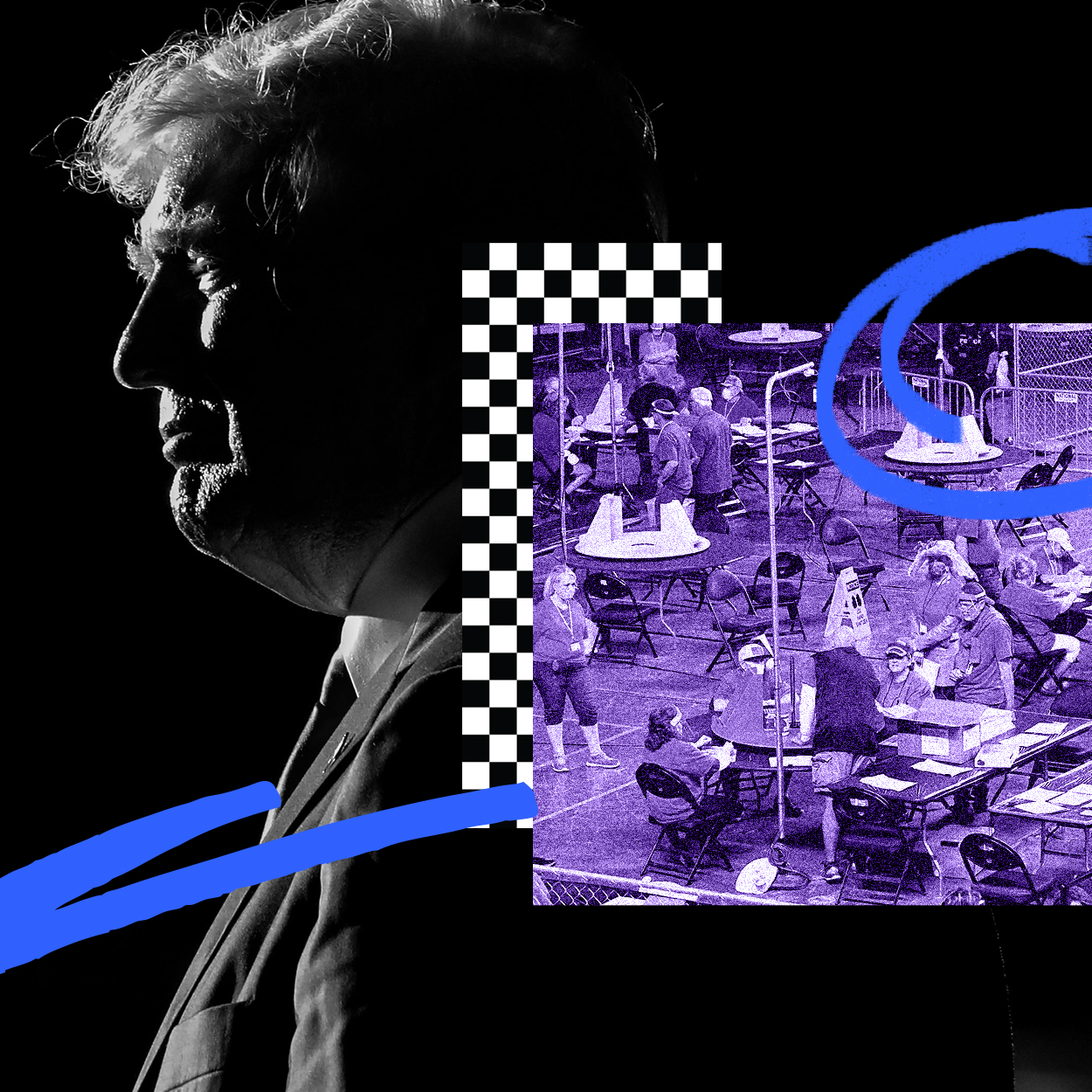 The conservative organization given unmatched authority to uncover potential fraud in Arizona’s 2020 election has come up empty-handed after its monthslong investigation, according to a draft of the report obtained by NBC News affiliate KPNX of Phoenix.

The so-called audit came after former President Donald Trump and his associates publicly questioned the legitimacy of the 2020 election following Joe Biden’s victory.

To be clear, the investigation led by Cyber Ninjas, a Florida-based cybersecurity company, was never going to be legitimate, regardless of the results. The owner behind the group is a conspiracy theorist who has spread lies about the 2020 election, and even some local Republicans admitted the stunt was “embarrassing.”

But this isn’t the first time Trump and his supporters have used Arizona to launch costly, anti-democratic, conspiracy-laden initiatives. In fact, there have been several over the past decade.

In 2011, Trump — the loudest voice to spread conspiracy theories about then-President Barack Obama — said he sent “people” to Hawaii to investigate Obama’s birth certificate. Trump’s baseless claim that Obama wasn’t born in the U.S. was meant to undermine Obama’s legitimacy as president.

“I have people that have been studying it and they cannot believe what they’re finding,” Trump told NBC’s “TODAY” show at the time.

That should sound familiar.

Also that year, Arizona tea party activists connected with Trump and his associates to discuss the so-called birther conspiracy.

That should sound familiar, as well.

The first group to make contact was the Greater Phoenix Tea Party Patriots, through one of the group’s co-founders, a conservative activist named Kelly Townsend. At the time, Townsend and Arizona Republicans used Trump’s conspiracy theory to push for a law that would have taken Obama off the 2012 presidential ballot if he didn’t prove his citizenship to Republicans’ liking.

As The Arizona Republic reported:

[Townsend] wanted to ask Donald Trump to visit Arizona and rally for the bill.&nbsp;… Townsend, who would win a seat in the state House the next year, conferred with then-Rep. Carl Seel, R-Phoenix, a proponent of the bill. Seel wrote to Trump and got an invitation to Trump Tower in New York.

After that meeting with Trump, Republican lawmakers in Arizona agreed to pass the birther bill in early 2011. But then-Gov. Jan Brewer, a Republican, ultimately vetoed the proposed legislation.

That same year, another Arizona tea party group reached out to Trump associate and conspiracy theorist Jerome Corsi to push for an investigation into Obama’s birthplace. Brian Reilly, a member of the Surprise Tea Party Patriots, set up a meeting between Corsi and then-Maricopa County Sheriff Joe Arpaio.

Here’s how the Republic explained that meeting:

Arpaio announced an investigation into Obama the following year.

Much like his statements encouraging the farcical election review this year, Trump egged on Arpaio’s sham review.

“Congratulations to @RealSheriffJoe on his successful Cold Case Posse investigation which claims @BarackObama’s ‘birth certificate’ is fake,” Trump said in one 2012 tweet.

In 2016, Arpaio closed his investigation with no evidence of fraud. Yet the probe — doomed from the start — reportedly collected an unknown amount of money and significant attention for national right-wing media figures. The same has been said of the fruitless election audit in Arizona.

Why these Trump associates were subpoenaed as part of the Jan. 6 probe