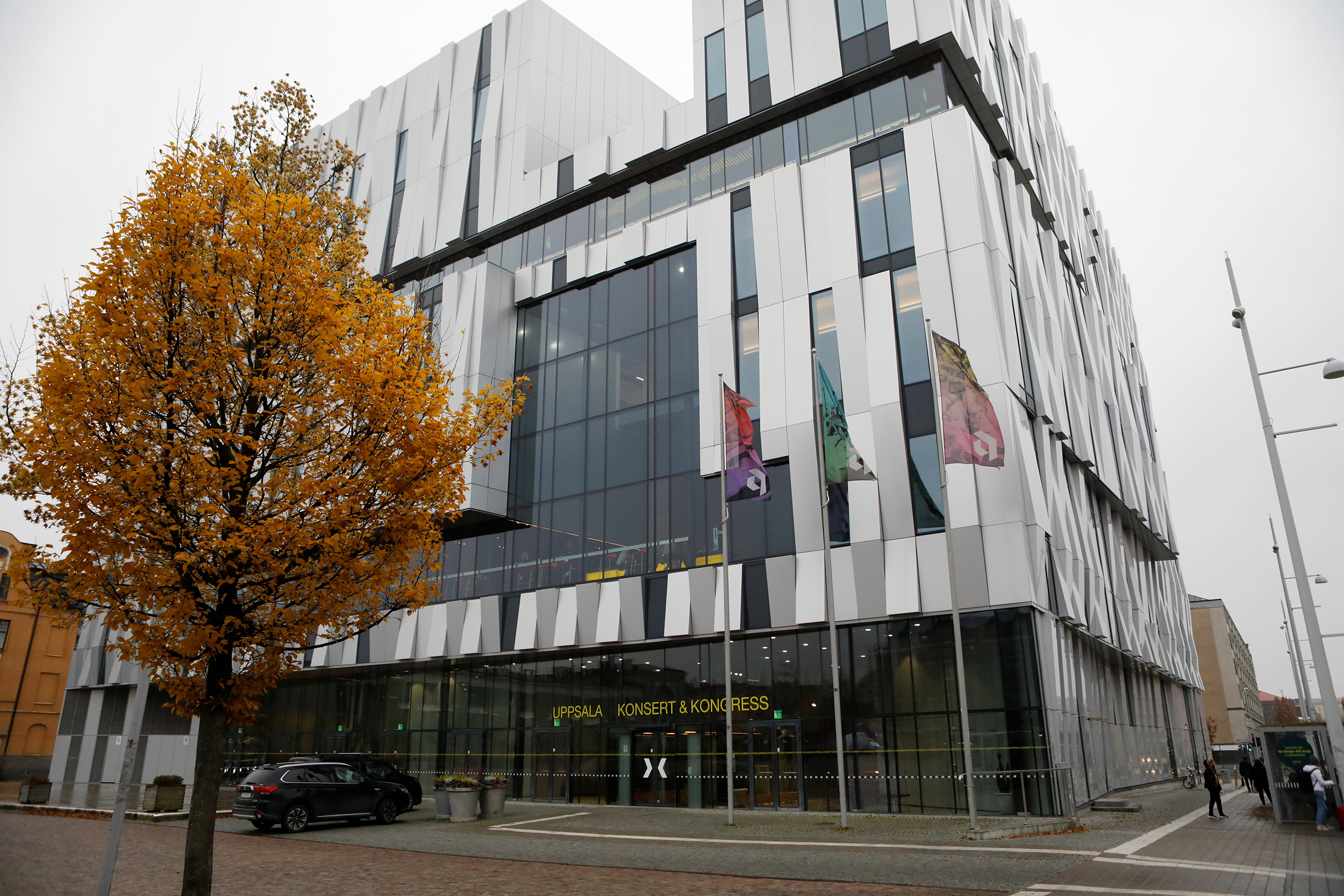 COPENHAGEN, Denmark — Two men died when one of them jumped or fell from the seventh floor of a culture center ahead of a concert in Sweden and landed on the other, police said.

The 80-year-old man who crashed into the lobby of the Uppsala Konsert and Kongress venue Tuesday night died at the scene north of Stockholm, and the 60-year-old man he struck died later, police said.

A woman with the 60-year-old was hurt, but her injuries were not considered life-threatening, police said.

A tribute concert to the two male members of ABBA, Bjorn Ulvaeus and Benny Andersson, had been scheduled at the culture center for Tuesday, but the event was canceled, according to Swedish media.

The center in the city of Uppsala hosts concerts and other meetings in an eight-story building with a mirrored façade and angled metal sheets reminiscent of crystal. The venue’s website said it would be closed Wednesday until Friday because of the deaths.

“We are all shocked by the tragic accident, and our thoughts go to the deceased, their relatives and their families,” a message on the website said.

Police said they have no reason to suspect foul plan in the 80-year-old’s descent from the fall floor.

The organizers of an upcoming ABBA concert tweeted Wednesday that they were holding off on releasing a promotional trailer for the show until Thursday in light “of the tragic news at the tribute concert in Sweden last night.”

In September, the Swedish quartet known for hits including “Dancing Queen,” “Waterloo” and ”Fernando” said they would be putting out their first new music in four decades and performing a virtual concert.

The forthcoming album “Voyage,” to be released Friday, is a follow-up to 1981′s “The Visitors,” which until now had been the group’s swan song. The virtual version of the band will begin a series of concerts in London on May 27.