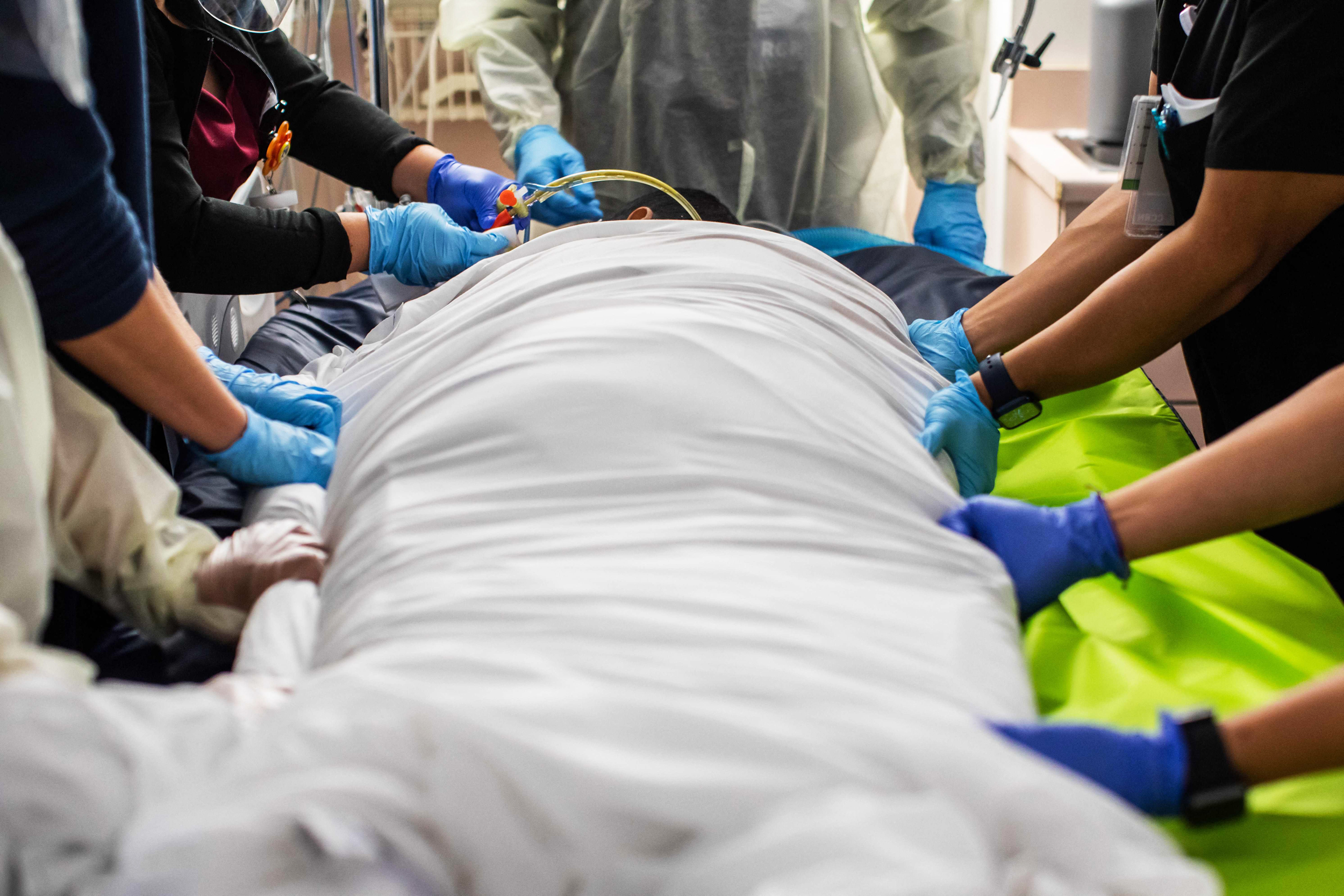 The United States logged 40 million Covid-19 cases since the start of the pandemic, as the fourth wave brought on by the delta variant continues to spread throughout the country.

There has been a slow uptick in vaccination rates since July, but still no state or territory has passed the 70 percent fully vaccinated threshold among its population, and the country is nowhere close to its peak in April of more than 3 million people getting a shot each day.

The fourth wave, which many say could have been prevented with better vaccination rates, has overwhelmed hospitals.

At Billings Clinic in Montana, the ICU is nearing 150 percent capacity as the hospitals in the state have called on the national guard for help.

Hospitals are seeing an average of 100,000 covid patients a day, higher than any point since last winter when the vaccine wasn’t available for the majority of people. At the same time, hospitals are also facing a nurse staffing crisis, as many nurses exhausted by the pandemic are quitting or retiring.

In Florida, August was state’s deadliest month for Covid cases since the pandemic began, recording more than 1,300 deaths in the state as hospitalization among children skyrocket.

In central Texas, a school district closed its schools until after the Labor Day after two teachers died of Covid.