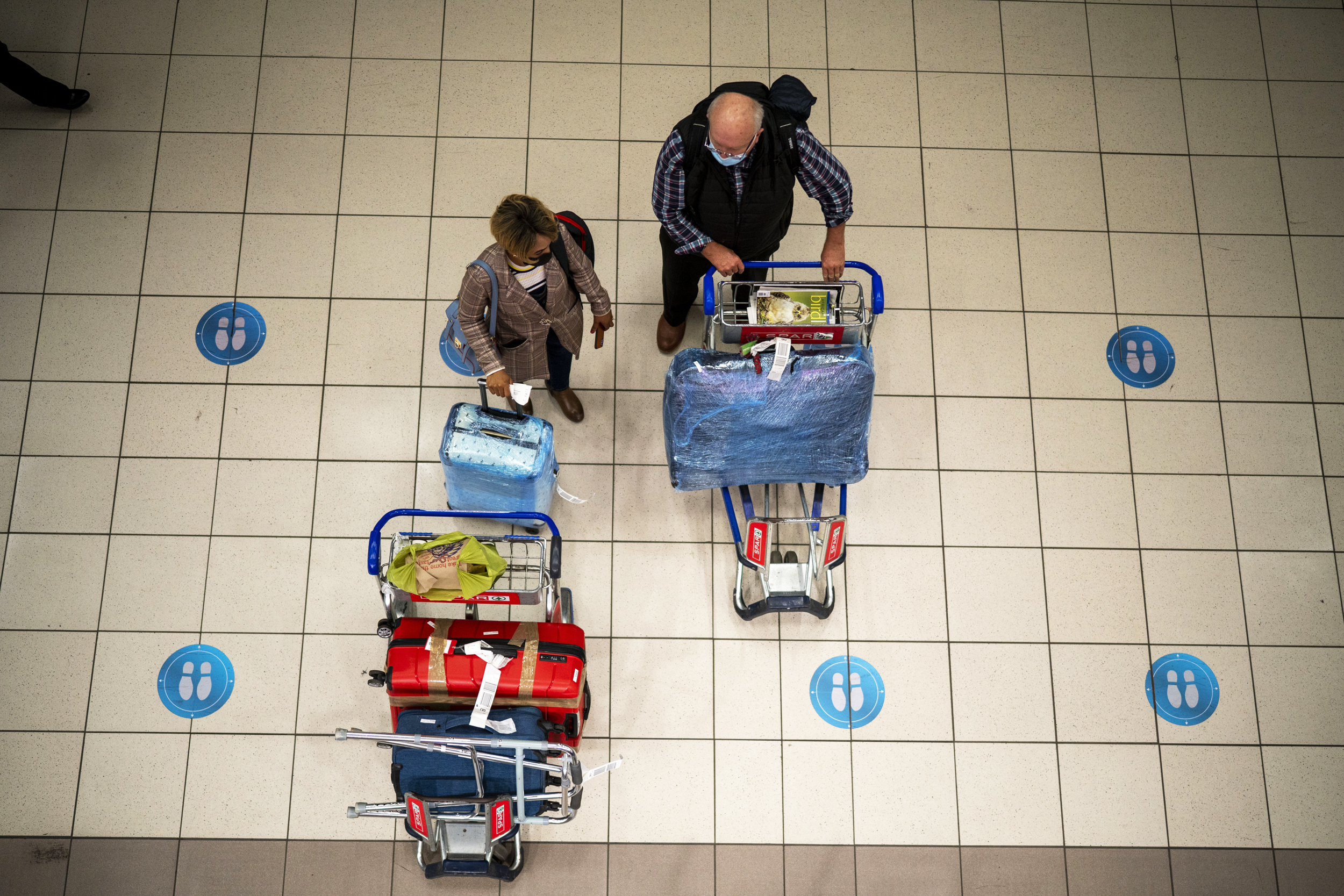 The U.S. will restrict travel from South Africa and seven other countries, effective Monday — a response to the emerging and newly-named “Omicron” variant of Covid-19, President Joe Biden said Friday.

The policy, senior administration officials said, “was implemented out of an abundance of caution,” and after advice from the Centers for Disease Control and Prevention and Biden’s chief medical adviser, Dr. Anthony Fauci.

Other countries included in the restriction — which does not apply to U.S. citizens and lawful permanent residents — are Botswana, Zimbabwe, Namibia, Lesotho, Eswatini, Mozambique and Malawi.

“As we move forward,” Biden said in a statement, “we will continue to be guided by what the science and my medical team advises.”

Omicron, classified by the WHO as a “variant of concern,” is blamed for a surge of cases in South Africa and has sparked fears over its high number of mutations, which make it potentially more transmissible and resistant to vaccines.

Biden emphasized the importance of vaccines and booster shots, urging fully vaccinated Americans to receive their boosters as soon as they’re eligible and making an urgent appeal to the unvaccinated.

“America is leading the world in vaccinating children ages 5-11, and has been vaccinating teens for many months now — but we need more Americans in all age groups to get this life-saving protection,” the president said. “If you have not gotten vaccinated, or have not taken your children to get vaccinated, now is the time.”

U.S. stocks fell Friday, with the Dow Jones Industrial Average closing its worst day of the year as news of the variant — first detected in South Africa, with cases also identified in Asia and Europe — prompted concerns about prolonged pandemic troubles. The World Health Organization convened for an emergency meeting, and the United Kingdom, the European Union and other countries already had announced that they were restricting travel from the African continent.

“We don’t know very much about this yet,” Maria Van Kerkhove, an infectious disease epidemiologist and the WHO’s Covid-19 technical lead said in a Thursday video. “What we do know is that this variant has a large number of mutations. The concern is that when you have so many mutations it can have an impact on how the virus behaves.”

Biden directed part of his Friday statement to the “world community,” asserting that the pandemic will not end “until we have global vaccinations.”