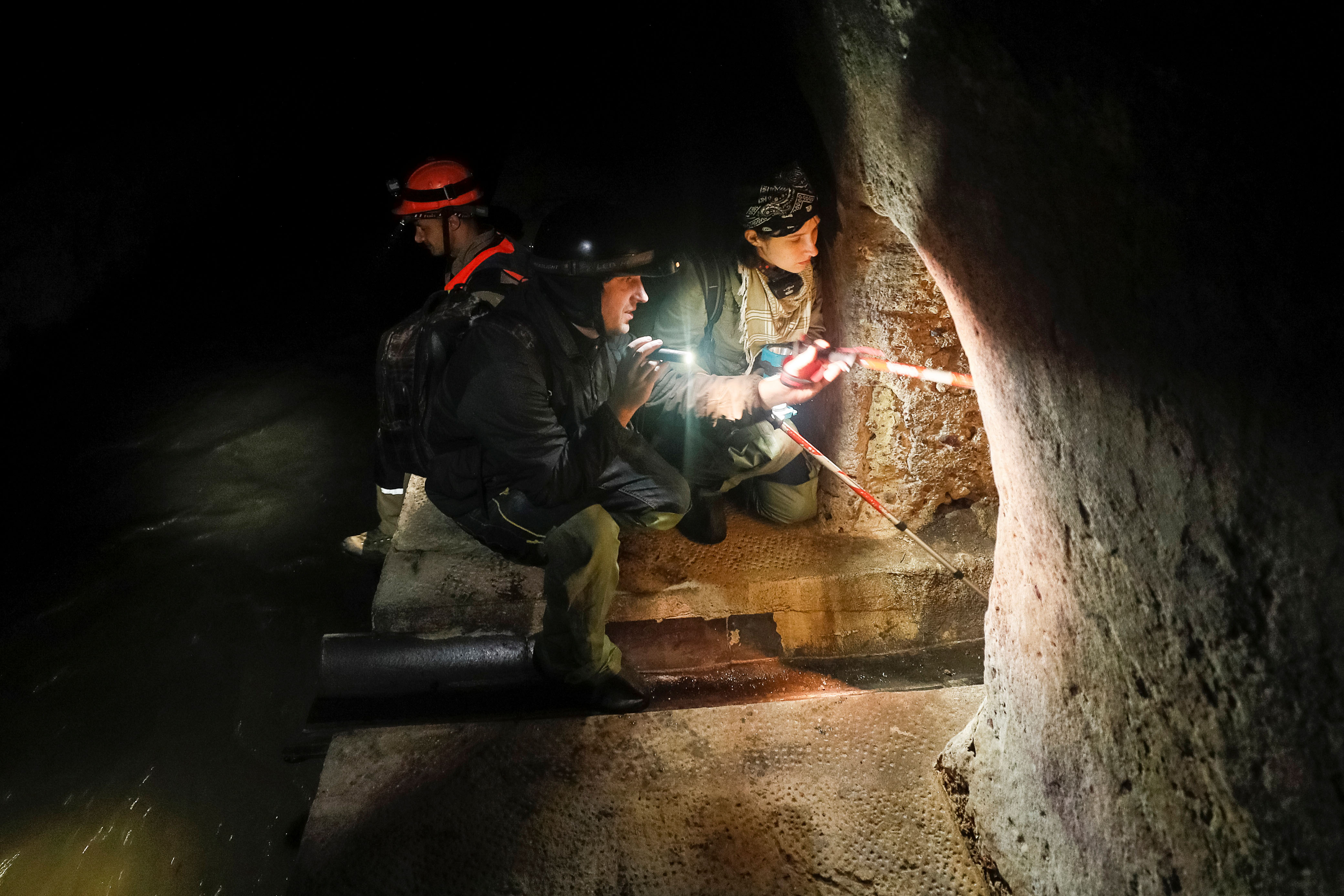 LVIV, Ukraine — Under cobblestone streets in the western Ukrainian city of Lviv, diggers have uncovered new hiding spots in underground sewers where some Jews managed to flee from Nazi occupying forces during World War Two.

More than 100,000 Jews, or around one third of the city’s population at the time, were killed by the Nazis, according to the local historian Hanna Tychka.

A few managed to survive, including father and daughter Ignacy and Krystyna Chiger, who escaped from the Jewish ghetto by digging a tunnel to the city’s sewage system, and later wrote books recounting their experiences.

Tychka and local diggers said they recently uncovered the exact area where Chiger’s family lived in 1943-1944, using the books as a guide.

Chiger dug a seven-meter-long (7 yard) tunnel to the sewer from his ghetto barrack, breaking the sewer’s concrete wall, which was 90-cm (35 inches) thick, Tychka said.

“They had to work quietly so that Nazis would not find out that digging activity was happening in the barrack basement. The Jews used a hammer wrapped in a duster,” Tychka told Reuters near the site of the discovery.

Ukraine this September and October is marking the 80th anniversary of the mass shooting of nearly 34,000 civilians at the wooded ravine of Babyn Yar in the capital Kyiv, one of the biggest single massacres of Jews during the Holocaust.

In Lyiv, Tychka and her team in July discovered a tiny cave where they believe Jews fleeing the ghetto would spend their first night before moving on to a larger shelter in the sewage system.

In the larger shelter, the team found artefacts which they believe were used by the hiding families, including a corroded plate, the figurine of a sheep, and traces of carbide used for lanterns. They also discovered pieces of glass placed in between bricks in the wall, which were used to prevent rats from stealing food.

On a visit to the site, Tychka also pointed out a pipe from where she believed the families could take drinking water.

Chiger’s family was part of a larger group that also included Halina Wind Preston, then in her early twenties.

Of the original group of 21, only 10 including the Chigers and Halina survived the ordeal, her son David Lee Preston says.

Several could not stand the conditions in the sewer for long and left, and the group faced the constant danger of being discovered.

A baby born to one of the women in the group, whose husband had been swept away by water while going out to get drinking water, had to be suffocated for fear that its crying would give away their location, Preston said.

Preston, who worked as a journalist for many years, wrote several articles for the Philadelphia Inquirer newspaper after his mother’s death, recounting her story as well as that of his father, a former prisoner in the Auschwitz and Buchenwald death camps.

Preston, who maintains a website about his family’s experiences and reporting on the Holocaust, says his mother and her group were helped throughout the time they lived in the sewer by two sewer workers.

They left their hiding place when Lviv was taken back by Soviet Army in July 1944.

The film ‘In Darkness’, a dramatized account of the group’s survival by Polish filmmaker Agnieszka Holland, was nominated for Best Foreign Language Film at the 2012 Academy Awards.

Preston paid tribute to Tychka and the team who made the discovery, saying as the numbers of those who survived the Holocaust dwindle, new generations of all backgrounds had to keep telling their stories.

The work to trace the group’s hiding place indicated “a great desire by many young Ukrainians to set straight the history and prevent it from being corrupted,” Preston said.