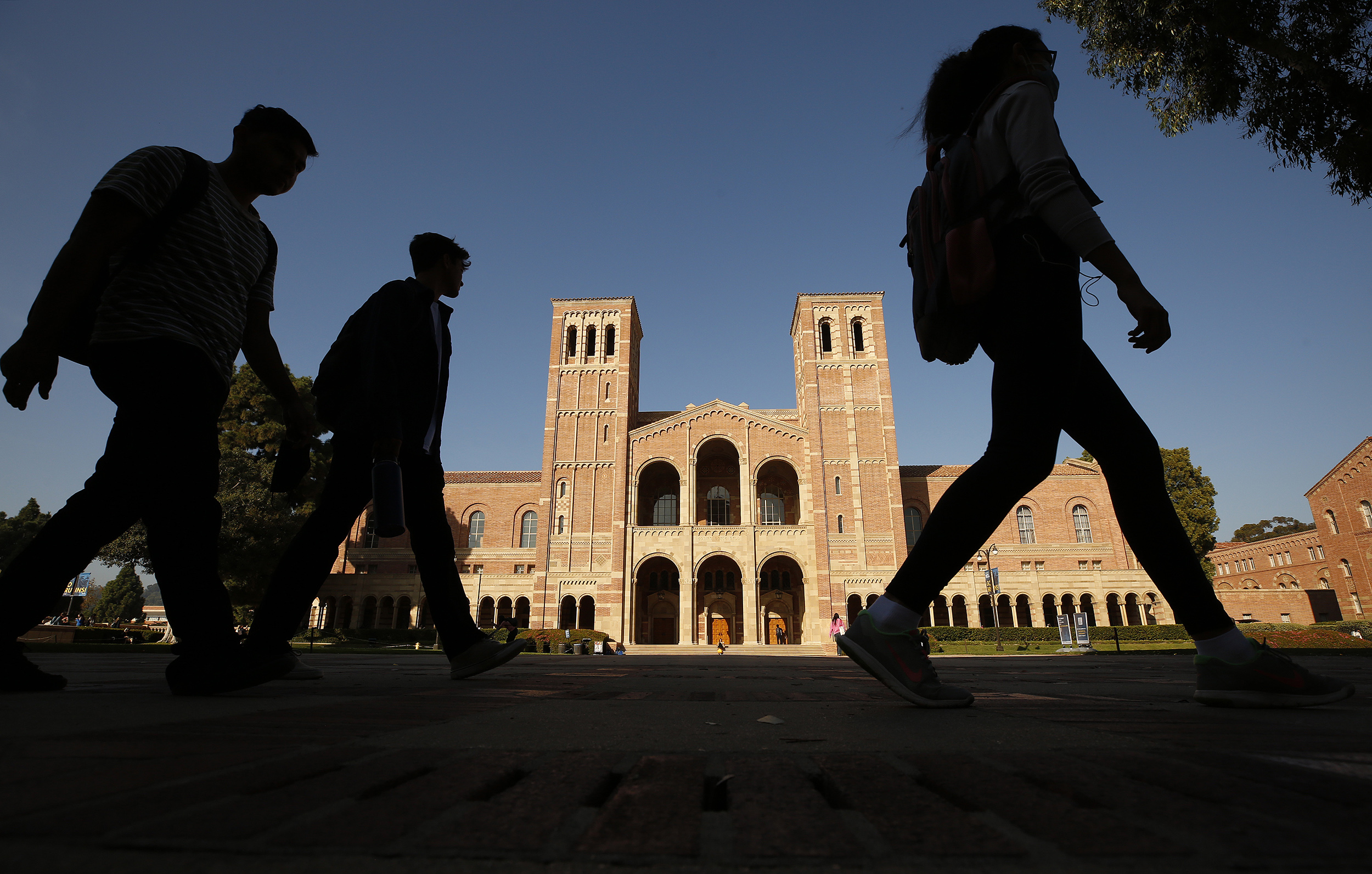 The University of Southern California is suing two YouTubers after they allegedly caused a “credible threat of imminent classroom violence” by disrupting lectures to film prank videos.

The school filed temporary restraining orders against Ernest Kanevsky and Yuguo Bai, who are not USC students, after they staged three “classroom takeover prank” videos. The restraining orders, granted by a Los Angeles County Superior Court judge on Friday, ban the pair from the University Park campus.

In the most recent “prank” filmed at USC, Kanevsky and Bai interrupted a lecture on the Holocaust and claimed to be part of the Russian mafia. The confrontation they staged in the classroom incited panic among the students.

The complaint USC filed alleges that Kanevsky “regularly harasses, bullies and intimidates unsuspecting citizens” throughout Los Angeles by filming “prank” videos for his YouTube channel. He often “dangerously and recklessly” conducts “classroom takeovers” with the help of Bai, who films the stunts and has his own YouTube channel, according to the complaint.

Kanevsky and Bai’s interruption caused students “emotional distress and genuine fear for their personal well-being,” the complaint states, and given the “national background of active shooter concerns” in colleges, the disruptions have contributed to the “growing anxiety” over campus safety.

Kanevsky and Bai did not immediately respond to request for comment.

In a statement to the New York Times, Kanevsky said, “The whole lawsuit and what everyone is reporting is very deceiving.”

The restraining orders were issued amid a shift in public acceptance of online prank content, which were wildly popular on YouTube years ago. Audiences are less tolerant of cruel and obnoxious prank videos, especially when filmed in public spaces like university campuses.

Cynthia Gendrich, a theater professor at Wake Forest College who teaches about laughter and sociology, previously told NBC that there is a limit to public tolerance for pranks.

“Lots of theorists point at that moment when our hearts [or] empathy engages being the moment when we can’t laugh,” she said.

During a March 29 incident, Kanevsky and Bai stormed into a USC classroom lecture on the Holocaust in costume, according to the complaint. Kanevsky was allegedly dressed as a “member of the Russian Mafia,” while Bai pretended to be Hugo Boss, a German designer who manufactured Nazi uniforms during World War II.

Kanevsky walked into the classroom carrying a “distinctive silver briefcase” and asked if Hugo Boss was in the room, the complaint states, noting that the professor believed that a “potentially violent incident” was about to transpire, and that Kanevsky targeted his class because of the lecture’s subject matter.

The pair then staged a confrontation and Kanevsky reached into the silver briefcase, causing a “wave of panic” among the students, according to the complaint. They began fleeing the classroom in a “frantic attempt” to get away from the incident. Some tripped over seats and each other, and others left behind laptops and backpacks.

“I was near the door and I started running out,” student Avery Kotler told USC Annenberg Media. “Everyone just left in a really big panic.”

I was near the door and I started running out.

-student Avery Kotler, in an interview with USC Annenberg Media

Officers eventually stopped the pair at gunpoint in a campus parking structure, the complaint states.

Kanevsky told the New York Times that the incident was “part of a dare that was supposed to be a harmless, funny scene.”

“The whole notion that we targeted a Holocaust class is absurd,” he added. “Hugo Boss is literally the name that Yuguo goes by.”

The incident was only the most recent in a string of disruptive classroom takeovers staged by Kanevsky and Bai.

In September, Kanevsky, Bai and a third individual barged into a classroom and physically intimidated the professor into leaving, before all taking turns at “lecturing” the students, the complaint states. The professor, who was “visibly shaken up,” required campus security to accompany him during lectures for “several weeks” after the incident.

During a November incident, Kanevsky, Bai and two other individuals disrupted a lecture while dressed as characters from the violent show “Squid Game,” according to the complaint. Bai, dressed as a “player,” entered the classroom chased by Kanevsky, who was dressed as a “guard.” They staged an apparent kidnapping with Bai yelling, “If they catch me, my family will die!”

The complaint states that several students appeared “shaken” after the incident.

Kanevsky and Bai have executed similar stunts at others college campuses, together and separately. Last year, Kanevsky and another individual boasted about classroom evacuation at the University of California, Los Angeles campus in a YouTube video. What appeared to be campus security removed Bai from Santiago Canyon College after he interrupted students during a test to give “motivational speeches” in a video posted earlier this month. In a YouTube video posted last year, the University of Texas, Dallas police department appeared to issue Kanevsky a criminal trespass warning after he interrupted a lecture.

UCLA, Santiago Canyon College and UT Dallas did not immediately respond to request for comment.

Kanevsky and Bai did not respond to request for comment regarding previous incidents on other campuses.

USC’s lawsuit against Kanevsky and Bai also demands financial compensation for damages, and bans the pair from making more content related to the university.

“The court’s order granting a temporary restraining order underscores the need to provide a sense of stability and comfort in an in-person learning environment and in light of campus safety concerns nationally on college campuses,” USC said in a statement Monday. “The court ruling should be viewed as a warning that such behavior won’t be tolerated by these or any other individuals.”