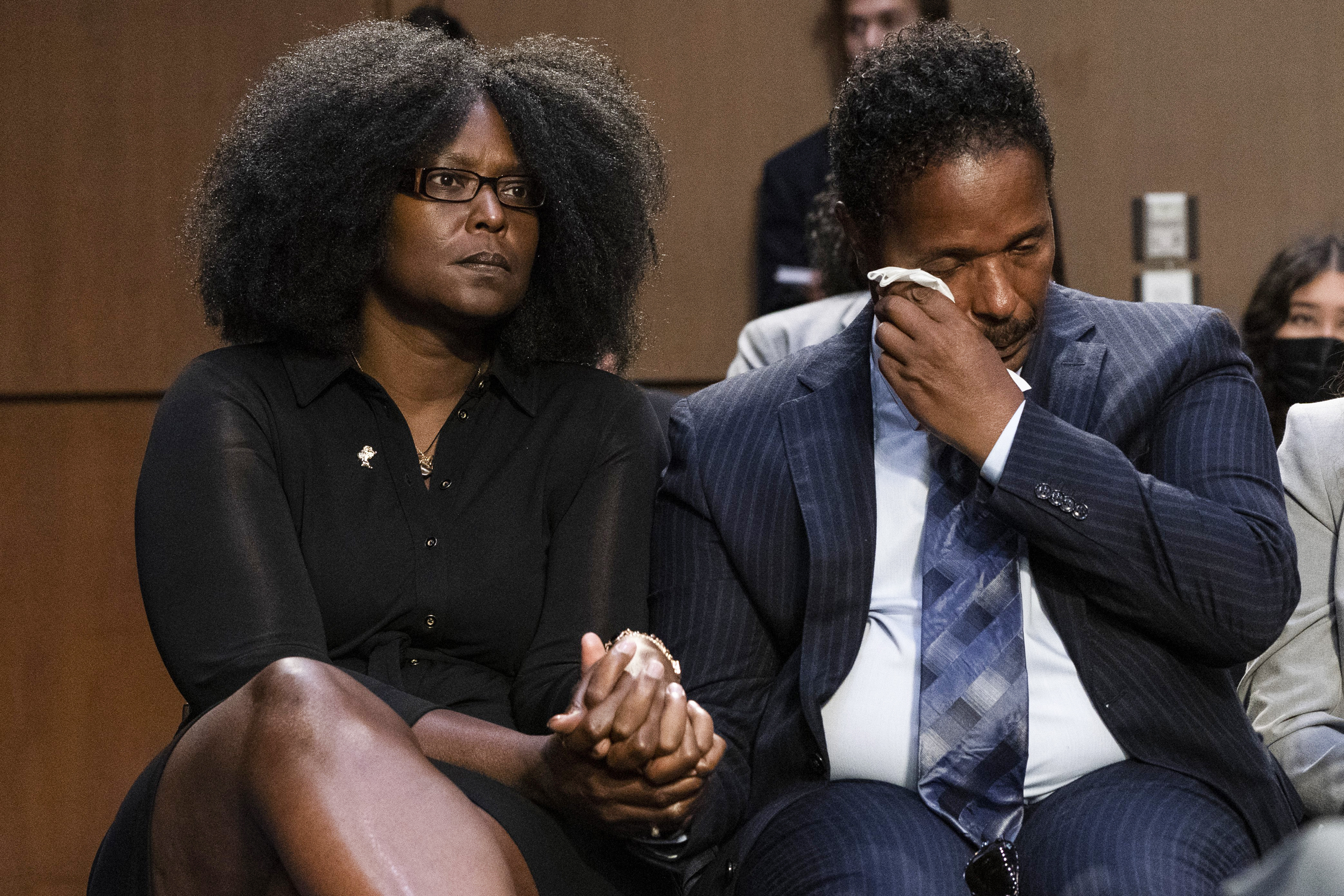 WASHINGTON — Survivors and family members of victims from the recent mass shootings in Uvalde, Texas, and Buffalo, N.Y., will testify before lawmakers Wednesday at a hearing focused on the epidemic of gun violence.

The House Committee on Oversight and Reform is slated to hear from two panels of witnesses. The first panel features Zeneta Everhart, mother of Zaire Goodman, 20, who was shot in the neck and survived in the Buffalo shooting; Roy Guerrero, Uvalde’s only pediatrician who also helped treat victims; Felix Rubio and Kimberly Rubio, the mother of Lexi Rubio who was shot and killed in Uvalde; and Miah Cerrillo, a fourth-grader at Robb Elementary School who survived the shooting after smearing her dead classmate’s blood on herself and pretended to be dead.

“Our witnesses today have endured pain and loss,” committee Chairwoman Carolyn Maloney, D-N.Y., plans to say in her opening statement, according to prepared remarks. “Yet they are displaying incredible courage by coming here to ask us to do our jobs. Let us hear their voices. Let us honor their courage. And let us find the same courage to pass commonsense laws to protect our children.”

Maloney said the hearing will “examine the urgent need for Congress to pass commonsense legislation that a majority of Americans support.” She said some of those proposals include expanding background checks and an assault weapons ban.

The hearing comes after yet another weekend of mass shootings across the country that left at least 12 people dead. Over Memorial Day weekend last week, at least nine were killed and more than 60 people were injured in mass shootings.

President Joe Biden has been pleading with Congress to take legislative action to address the spate of gun violence, saying in a prime-time speech from the White House last week that Republicans’ opposition to various proposals is “unconscionable.”

Lawmakers in both the House and Senate have been working separately on potential measures to address the issue. The House is expected to vote this week on a package of bills advanced out of the House Judiciary Committee last week. The Protecting Our Kids Act would create new federal offenses for gun trafficking and “straw purchases” and raise the legal age to buy a semi-automatic rifle from 18 to 21. It would also provide incentives for states to pass red flag laws, which would allow authorities to confiscate guns from people deemed to be risks to themselves or others.

While many Democrats favor an assault weapons ban, which Biden has repeatedly endorsed, it would have no chance of passing the evenly divided Senate.

On the other side of the Capitol, a bipartisan group of senators has been negotiating a plan that they hope would garner the support of at least 10 Republicans, which Democrats would need to overcome a 60-vote filibuster to pass legislation.

Sen. Chris Murphy, D-Conn., a leader of the group, said he hopes they reach an agreement “by the end of the week.”

Senate Minority Leader Mitch McConnell, R-Ky., who tasked Sen. John Cornyn, R-Texas, with participating in the talks, said Tuesday, “Trying to get a bipartisan outcome here that makes a difference and hopefully sometime this week we’ll come together.”