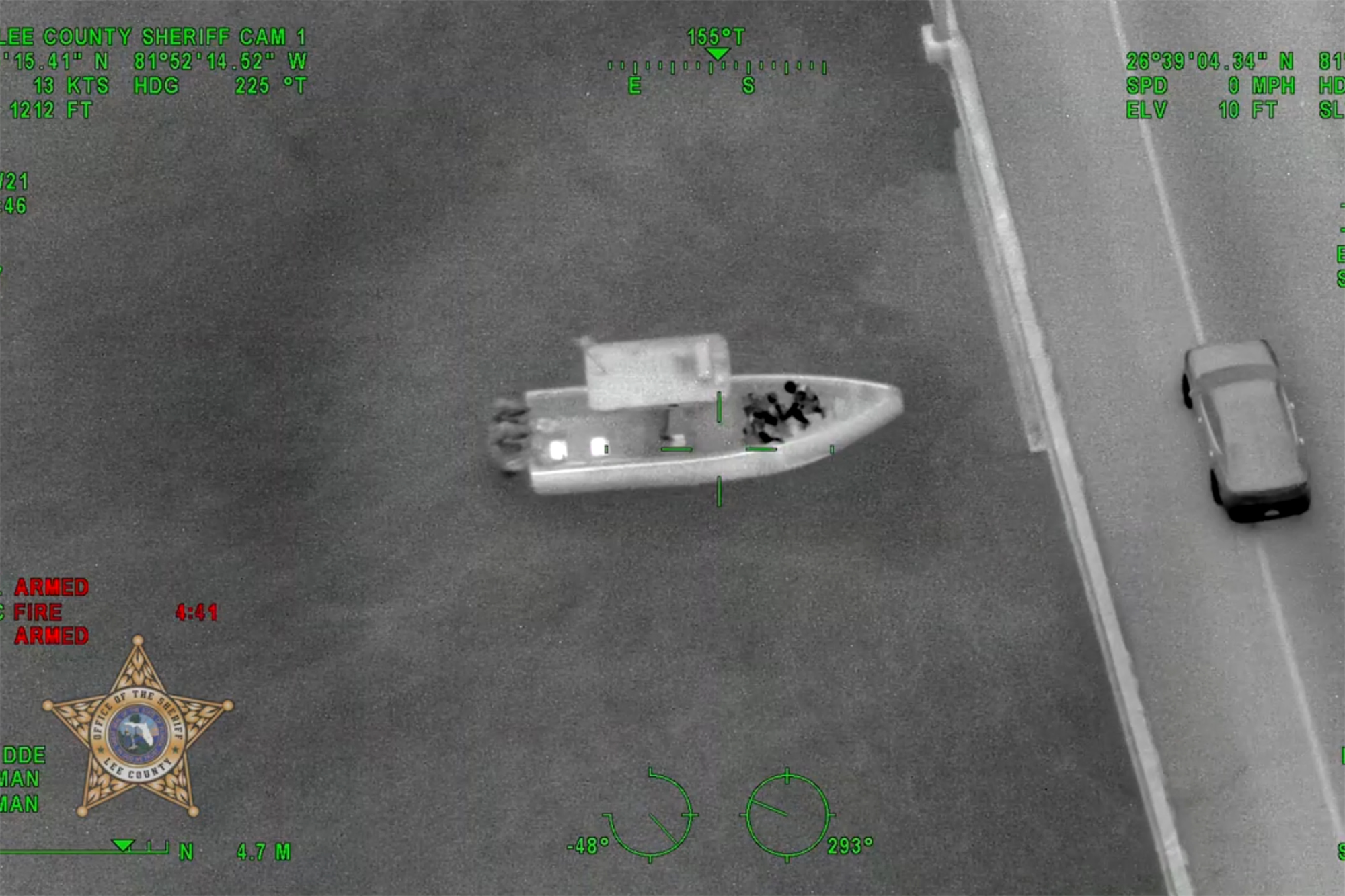 A Florida man in a stolen vehicle crashed on a Fort Myers area bridge during a police chase and then tried to avoid capture by jumping into the river, video released by authorities this week showed.

The 34-year-old man survived the jump from the Edison Bridge, which spans the Caloosahatchee River, late Friday, the Lee County Sheriff’s Office said.

He faces charges of auto theft and fleeing, according to the sheriff’s office.

The pursuit started when sheriff’s deputies tried to pull over the van, which had been reported stolen, and it sped off, the sheriff’s office said. The helicopter video showed the vehicle losing control and crashing into the barrier on the side of the bridge.

Video after the jump appeared to show the man swimming toward the support columns of the bridge, where he was pulled from the water by a Fort Myers police boat.

He was taken to a hospital for treatment, but his condition was not immediately available Wednesday night. A sheriff’s office spokesperson did not return a request for more details after business hours.

The van was stolen from the man’s aunt, NBC affiliate WBBH of Fort Myers reported.

Online court records did not list an attorney for the driver Wednesday night.