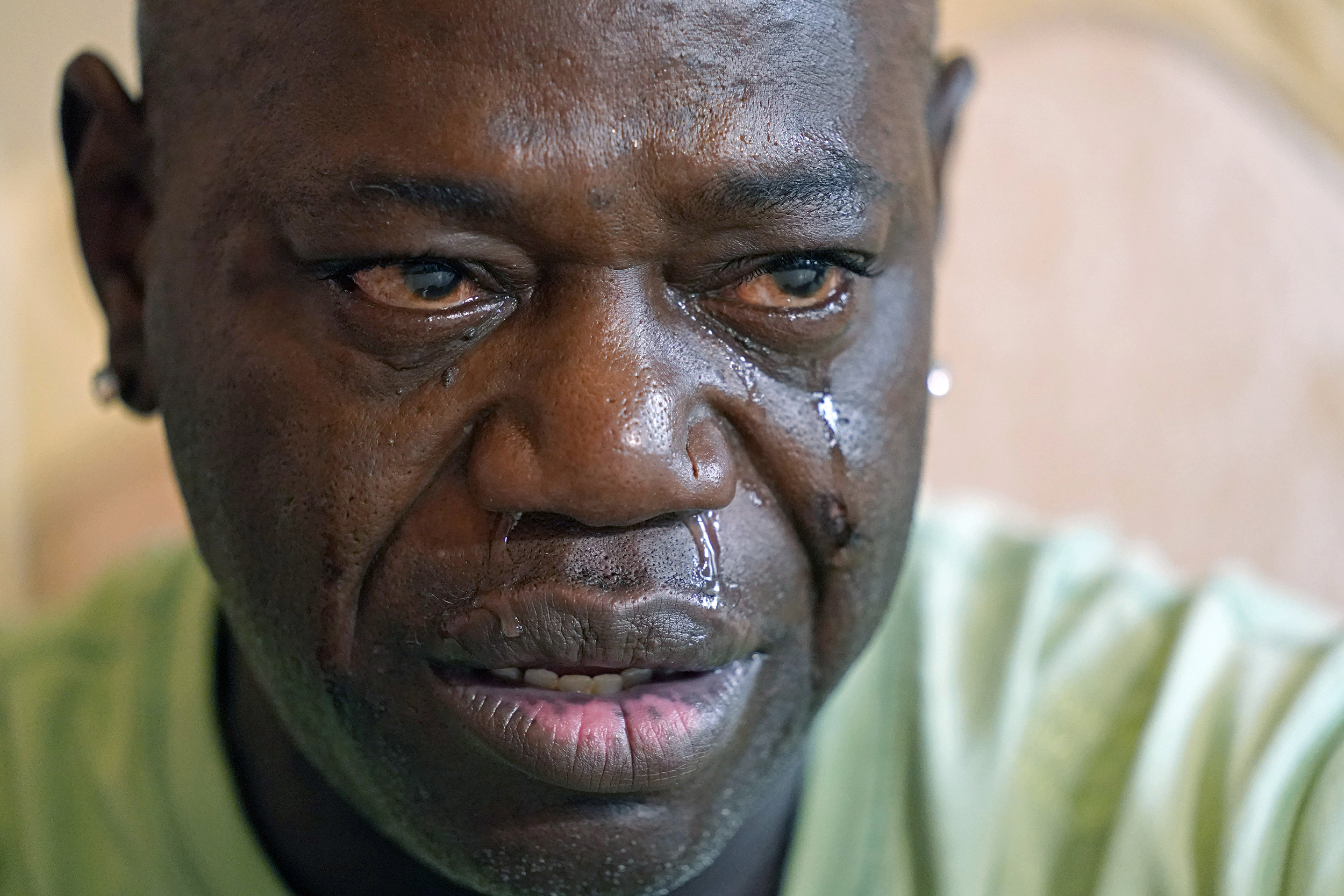 A white Louisiana State Police trooper, who resigned after being accused of simple battery in two separate incidents, also repeatedly struck a Black man with a flashlight during a 2019 traffic stop, resulting in the man suffering several broken bones.

Body camera footage shows former trooper Jacob Brown arriving at the scene in Monroe, Louisiana, with motorist Aaron Larry Bowman, 46, already on the ground and in the process of being detained.

Brown then pulls out his flashlight and strikes Bowman several times across his body as other law enforcement officers attempt to place Bowman in handcuffs.

Bowman sustained three broken ribs, a broken wrist and jawbone and needed six staples to close a head gash, according to his lawyers, who released the body camera footage to NBC News.

The Louisiana State Police declined to verify the authenticity of the footage because of pending litigation. The state police referred all legal questions to the district attorney’s office, which was unavailable for comment Wednesday evening.

The video shows Bowman trying to use his free arm to protect his head while Brown pummels him.

Once the beating stops, Bowman can be seen with a bloodied head.

“I’m bleeding,” he says. “They hit me in the head with a flashlight.”

Bowman filed a civil lawsuit against the Louisiana State Police in September 2020, seeking damages. A court date is scheduled for Jan. 20.

After the state police received the civil lawsuit, it began to investigate Brown, the agency said in a statement Wednesday.

“A detailed search of body camera video revealed the incident was intentionally mislabeled and Brown was involved as he assisted the Ouachita Parish Sheriff’s Office with the arrest of a suspect,” the agency said. “As the investigation continued, Detectives concluded that Brown engaged in excessive and unjustifiable actions and failed to report the use of force to his supervisors.”

Brown could not be reached for comment Wednesday. He resigned from the agency in March, one month after being charged with two counts of simple battery and malfeasance, according to state police. The charges stem from two separate traffic stops.

Brown was one of four troopers charged following a use-of-force review in the Monroe area.

During a stop in July 2019 in Ouachita Parish, Brown used excessive and unjustifiable force on a handcuffed driver, deactivated his body camera and reported untruthful statements, the state police said.

In May 2020, Brown again used excessive and unjustifiable force during the handcuffing process, deactivated his body camera, falsified the use-of-force report, arrest report and failed to provide video evidence, the agency said.

Brown was subsequently taken into custody.

“The unjustifiable use of force by our personnel is inexcusable and tarnishes the exemplary work of our dedicated men and women of the Department of Public Safety,” Col. Lamar Davis, Louisiana State Police superintendent, said in a statement, referring to the prior charges.

Brown pleaded not guilty in state court; however, the case is now under review by the Department of Justice, according to Steve Tew, district attorney in the 4th Judicial District.

Bowman is charged with a felony account of resisting arrest with force or violence and a misdemeanor for simple battery on a police officer, his criminal lawyer, Keith Whiddon, said.

Bowman is also charged with improper lane usage and resisting an officer by flight, he said. He has not yet entered a plea to the charges.

Bowman was seen driving across the center lane when authorities activated their emergency lights and tried pulling him over, according to a Ouachita Parish Sheriff’s Office report.

Bowman continued driving until he got home.

After several requests, Bowman exited his vehicle, only to climb back inside once authorities tried handcuffing him. Bowman then punched the sheriff in the head, according to the report.

Bowman’s civil lawyer, Donecia Banks-Miley, disputes the report. She said in a phone interview Wednesday that authorities never turned on their sirens or flashing lights and that they suspected her client had drugs in his vehicle.