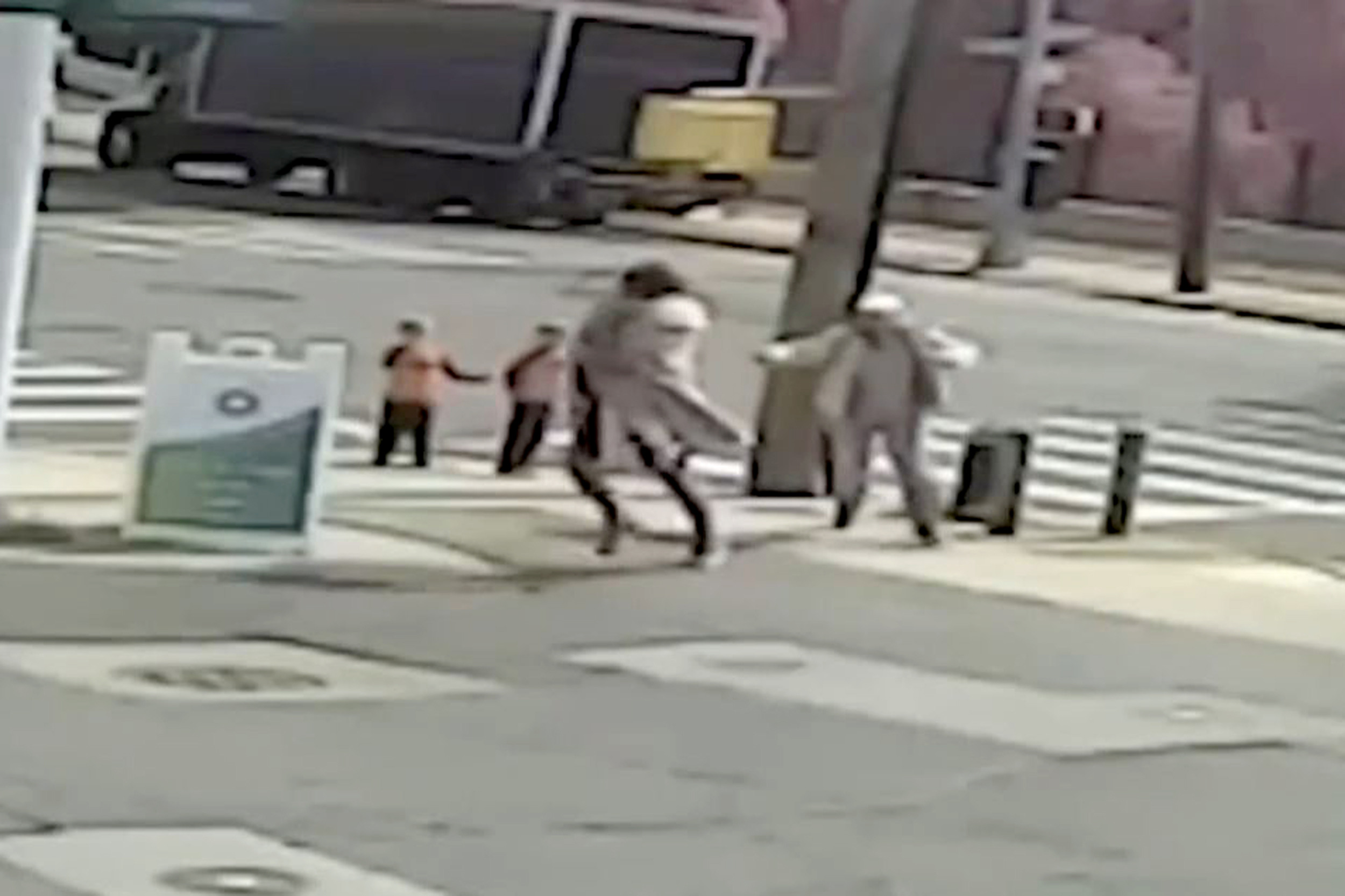 Terrifying video shows a man yank a 3-year-old girl from her grandmother’s arms as they were walking Monday afternoon in the Bronx.

The grandmother approached a corner with three small children when a man covered in a blanket lunged toward them and grabbed the toddler, according to the surveillance footage.

“Good Samaritans intervened and the male placed the child down before he fled the scene,” the New York City Police Department said in a statement.

The man, identified by police as Santiago Salcedo, 27, was arrested that same day and charged with kidnapping, attempted kidnapping, unlawful imprisonment, and endangering the welfare of a child.

Fermin Bracero, one of the people who intervened, told NBC New York that initially, he didn’t know what was happening.

“When he grabbed her I thought it was a joke,” he said. “When she [the grandmother] said, ‘He’s taking my child away,’ I reacted and went towards him.”

Salcedo remains in police custody. It’s not clear if he has obtained an attorney.