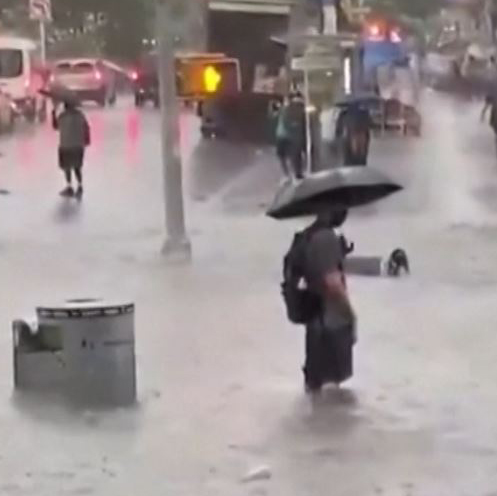 Viral footage of riders in New York City, struggling to get to their 1 train at the 157th Street Station, had garnered more than 8.5 million views on Twitter by Friday morning.

Some regions of New England were bracing for as much as six inches of rain on Friday.

The Atlantic coast of Canada is braced for high winds from Elsa that should hit early Saturday, according to the National Hurricane Center.

Hurricane Elsa is the fifth named storm of 2021 and this marks the earliest No. 5 on record.

Fifth-named storms of any year typically hit in late August or early September.

Warmer waters brought on by climate change have also raised fears that hurricane seasons — which typically start in mid-August — will be starting earlier, lasting longer and have more destructive power.