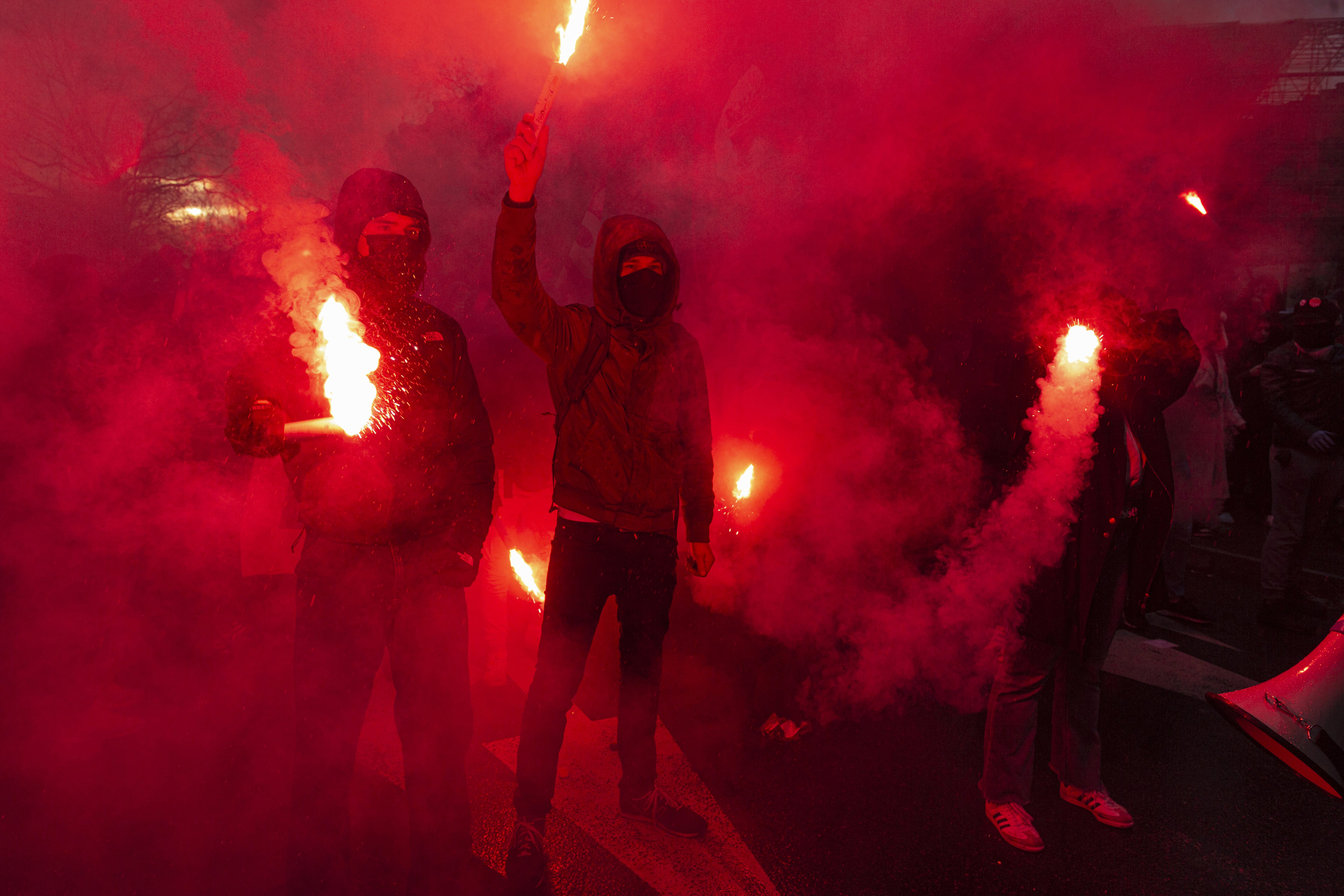 “I’m not racist,” Zemmour said. “We are defending our country, our homeland, our ancestral heritage (to) … transmit our children France as we have known it.”

Reporters from a French television show were booed and insulted by Zemmour’s supporters ahead of his speech, leading them to be briefly escorted outside the room by security guards. They came back soon afterward but Zemmour harshly criticized the media in his speech.

“They are making up polemics about books I wrote 15 years ago, they snoop into my private life, call me all sort of names… My adversaries want my political death, journalists want my social death and jihadists want my death,” he said.

Zemmour wants foreigners to “assimilate” French culture rather than keeping their identities. He wants to ban parents from giving children foreign names and restrict choices to typical French names Zemmour also wants to end nationality being acquired by birth on French soil and to deport foreign criminals and foreign jobseekers who don’t find employment within six months.

His campaign rally Sunday, which was initially supposed to be held in a Paris concert hall, was moved to a bigger exhibition center in Villepinte for security reasons due to the protest against him by over 50 groups, including far-left political parties, unions and anti-racist groups. Police had feared clashes with Zemmour’s far-right supporters.

In the Paris neighborhood of Barbes, thousands took to the streets Sunday, marching behind a banner reading “Paris will silence the far-right.”