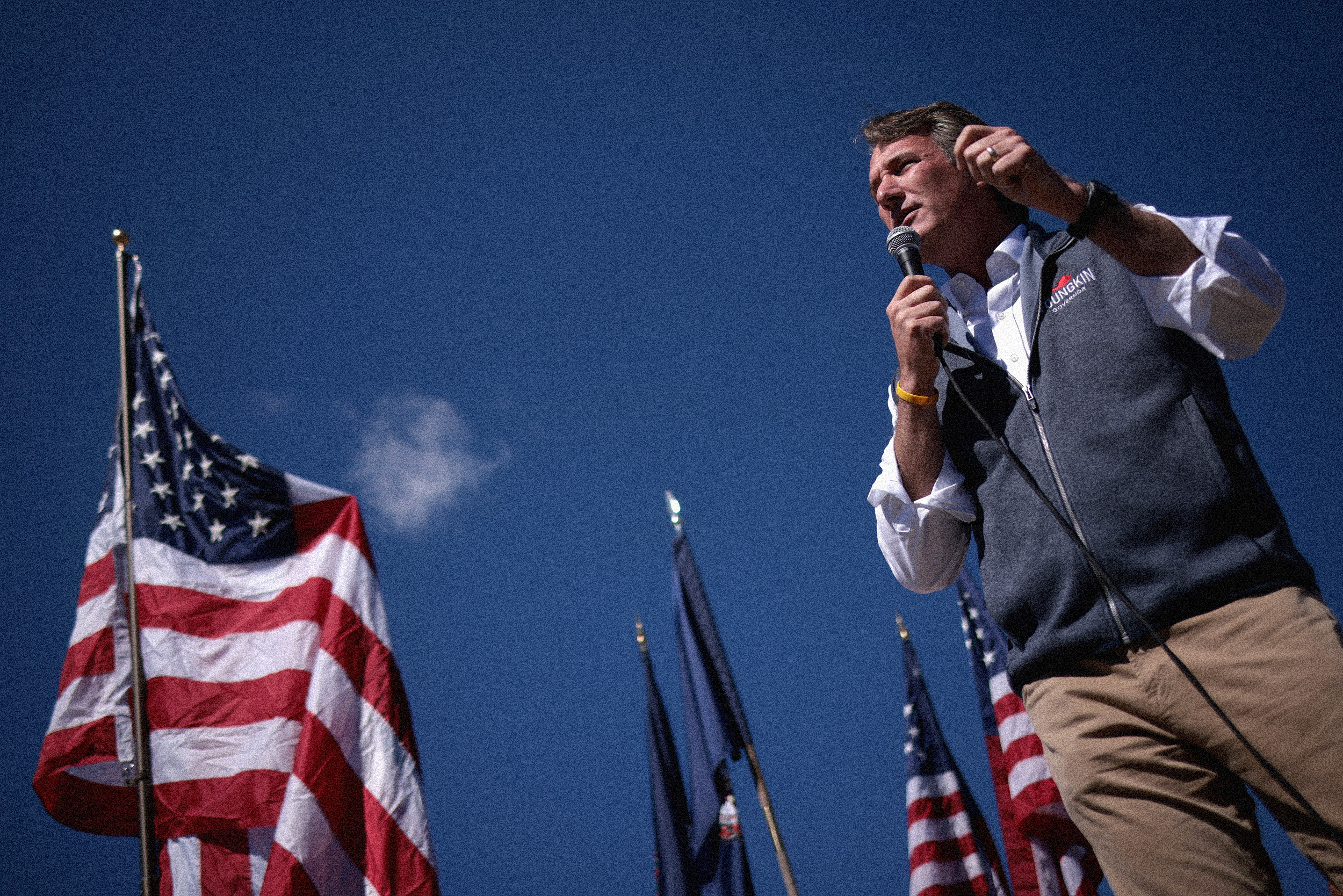 On election night, that margin would be reason to rejoice. But with more than a month left in the race, McAuliffe’s lead is cause for some concern among Democrats. If Democrats aren’t careful, Virginia could fall into Republican hands yet again.

Make no mistake: Ideologically, Youngkin is in bed with Trump.

And what maniacal hands those are.

Youngkin is a Republican endorsed by former President Donald Trump who as recently as Sunday refused to say whether he would have voted to certify Joe Biden’s 2020 election victory were he in Congress at the time. After receiving pushback from Democrats and some Republicans, Youngkin’s campaign said Monday that he “would have” certified the election.

Well, nice to hear he’s come around, I guess — albeit nine months and one deadly insurrection too late.

That kind of sheepish reneging and half-stepping has become typical for Youngkin throughout the campaign. In an interview with Axios back in May, Youngkin dodged a question about Biden’s presidential legitimacy for several minutes before acknowledging that it “of course” was legitimate — with caveats.

In Virginia, a state with a large number of independent voters who have shown a propensity to cross party lines, Youngkin has tried to publicly distance himself from Trump’s extremism. But make no mistake: Ideologically, Youngkin is in bed with Trump.

Like Trump and other Republicans of his ilk, Youngkin has staked his political fortune in anti-democratic misinformation and lies about election fraud, as evidenced by the five-point “election integrity” plan he released earlier this year.

Listed among Youngkin’s top five priorities for the initiative if he were elected: “Ensure ballot counting integrity by requiring observer presence and the audit of voting machines.”

Just as Trump has ordered.

Yes, the media is suffering from ‘missing white woman syndrome