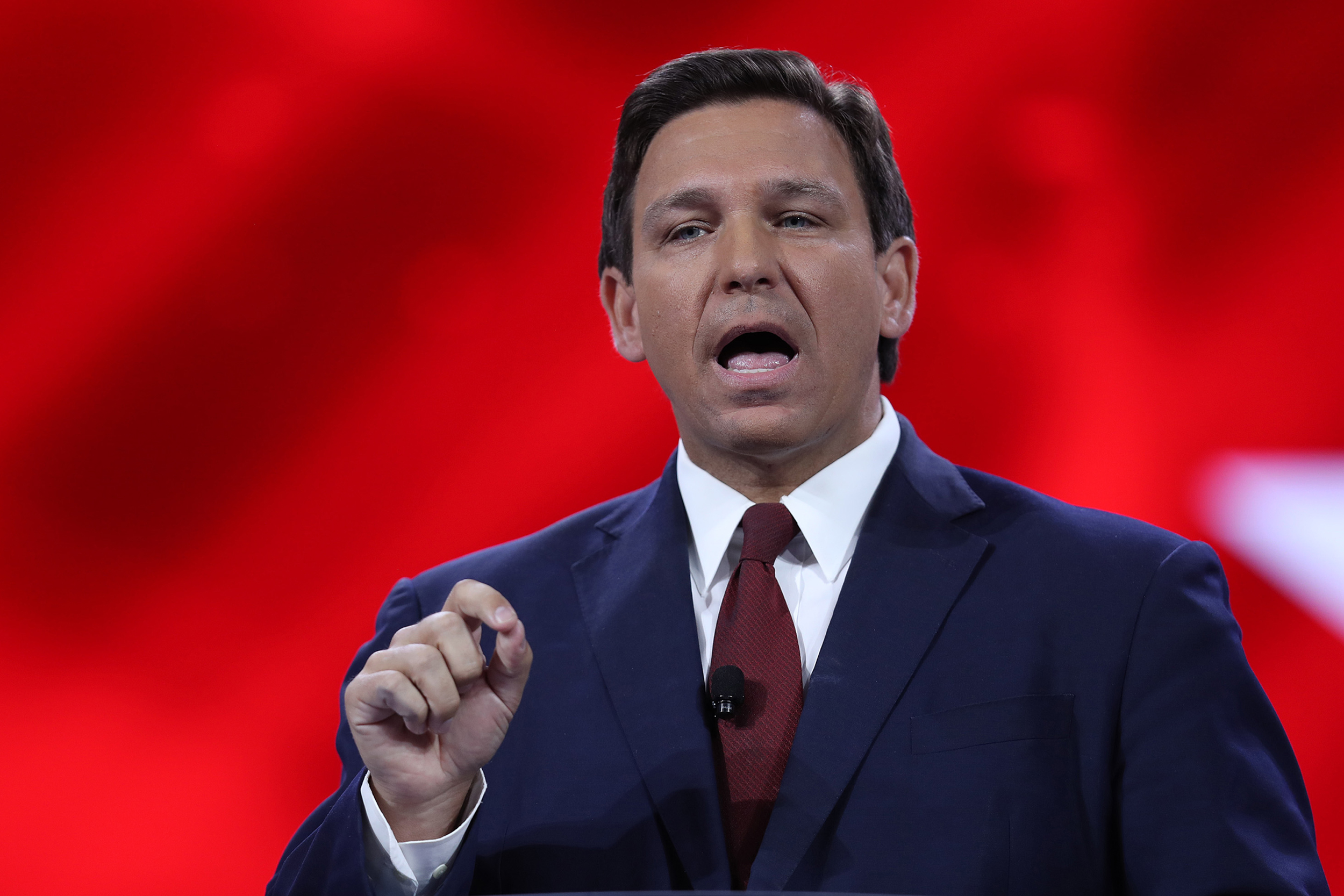 Florida Gov. Ron DeSantis has cemented himself as the face of GOP opposition to anti-Covid-19 mandates — a position that is winning over not only rank-and-file voters ahead of the 2024 presidential primaries but also some of the Republican Party’s wealthiest donors.

How the race shapes up will first and foremost be determined by whether former President Donald Trump decides to run. But many donors are investing early in potential candidates like DeSantis, whom polling shows to be the leading Trump alternative in the prospective presidential field.

Campaign finance records covering the first seven months of this year showed that prominent contributors, including many beyond Florida, are investing in his 2022 re-election campaign — which could further solidify his prospects.

Writing a check now is a low-risk way to get into DeSantis’ circle early, an investment if he runs for president and wins the nomination. Unlike the potential presidential candidates who serve in Congress and can accept only relatively small donations, DeSantis is allowed to get unlimited checks from donors under Florida law.

Ken Griffin, the GOP megadonor and billionaire founder of the hedge fund Citadel, donated $5 million to DeSantis’ campaign in April — the largest donation he has received this year. DeSantis also raked in $500,000 in May from WeatherTech founder David MacNeil, $250,000 in March from Home Depot co-founder Bernie Marcus and $250,000 in February from former Illinois Gov. Bruce Rauner, who moved to Florida after he lost re-election. New York Jets owner Woody Johnson, an ambassador in the Trump administration, also donated.

Other Trump administration officials got in on the action, too: Former ambassadors Jamie McCourt and Kelly Craft and ex-Commerce Secretary Wilbur Ross donated $10,000 to $50,000.

Nick Iarossi, a Tallahassee lobbyist and DeSantis fundraiser, said DeSantis is also raising plenty of small-dollar donations from across the country.

“The country is very divided right now on how to approach Covid, on how to approach Afghanistan, on the border crisis and illegal immigration,” Iarossi said. “The country is very, very split. I think a lot of folks feel like they’re being spoon-fed one side through the media and through the Washington, D.C., political class. And the only guy that’s really standing up to give that opposing view and give the other side a voice is Ron DeSantis.”

The 2024 buzz around DeSantis accelerated in late February, after he finished second to Trump in a poll at the Conservative Political Action Conference — held on friendly Florida terrain — and was by far the top choice in a hypothetical field that excluded Trump. DeSantis’ large donations, particularly from out of state, ramped up.

“Florida is a large, diverse state and in many ways a bellwether of the nation,” the executive director of the state Republican Party, Helen Aguirre Ferré, a former DeSantis aide, wrote in an email. “Political contributions are a statement of support.”

Last month, polling by Tony Fabrizio, who has worked for Trump and DeSantis, found DeSantis atop a hypothetical field that didn’t include Trump. DeSantis outpaced rivals and made gains over a previous Fabrizio poll, suggesting that his standing nationally with Republicans is rising.

But first, DeSantis has to win a second term as governor. Already, two prominent Democrats — Rep. Charlie Crist, who previously served as governor as a Republican, and state Agriculture Commissioner Nikki Fried — have launched challenges. And recent statewide polling has shown that with Covid-19 surging in the state as a result of the highly contagious delta variant, DeSantis risks overplaying his hand as the anti-mandate standard-bearer.

A recent Quinnipiac University poll found DeSantis’ overall job approval rating at 47 percent, a plurality, but 51 percent disapproved of his handling of the pandemic. A plurality, 48 percent, said he should be re-elected, but 59 percent said they don’t want him to run for president in 2024.

Other questions found growing dissatisfaction with DeSantis over pandemic measures: 61 percent said the recent surge in Covid cases was preventable. And 69 percent said DeSantis’ threat to withhold salaries from local school officials who mandate masks was a bad idea.

DeSantis’ pandemic management is certain to be at the center of his re-election effort. But others have suggested that a bigger risk for the governor’s national ambitions would be Covid-19’s falling out of the news altogether.

“I think the longer that Covid politics play out, the better for him,” a Republican aide said. “No one really knows anything about the rest of his policies or anything else.”

The spotlight gets brighter

If donors are worried about Florida’s and DeSantis’ trajectories, they’re not voicing their concerns. NBC News reached out to dozens of donors listed in DeSantis’ most recent campaign finance reports. Most didn’t respond or declined requests to discuss their support. Those who did share thoughts remain bullish on DeSantis.

“I think that Ron DeSantis has done an excellent job as governor and deserves reelection in 2022,” Ross, the former commerce secretary, who contributed $50,000 in April, responded via email. “His fiscal and education policies have been very strong. As to his future beyond re-election, he is relatively young, about 42, so he has a long career ahead of him.”

Jordy Spiegel, a private equity executive in California who contributed $10,000 in June, said he views DeSantis in the upper echelon of 2024 contenders.

“I put him in the camp with Kristi Noem, who I also am a fan of, or maybe Sen. Scott,” Spiegel said. “They could be part of the future leadership of the party.” Noem is the governor of South Dakota, and Scott is a senator from South Carolina.

Brian Sidman, founder of a Florida-based real estate advisory firm who donated $20,000 in April, said DeSantis’ “decisive” leadership style is what’s needed, “whether at the state or federal level.”

“We are fortunate to have DeSantis as the Governor of Florida and the country would be blessed to have him take a step into a larger role in the future,” Sidman said in an email.

But raking in the large donations from national donors and leading Republican polling also mean more scrutiny than the average gubernatorial campaign gets.

Rauner’s contribution came under fire this year when The Miami Herald reported that his wealthy gated community had early access to Covid vaccines. More recently, The Associated Press reported that the Regeneron antibody treatment DeSantis has been promoting represents a small part of the investment portfolio held by Citadel, Griffin’s hedge fund. And 314 Action, a progressive political organization, last week began targeting top DeSantis donors, including MacNeil and Marcus, with a digital ad campaign to shame them for their contributions.

At least one thing is run-of-the-mill for DeSantis: Like many politicians before him, he is downplaying his ambitions and insisting that he is focused solely on his state.