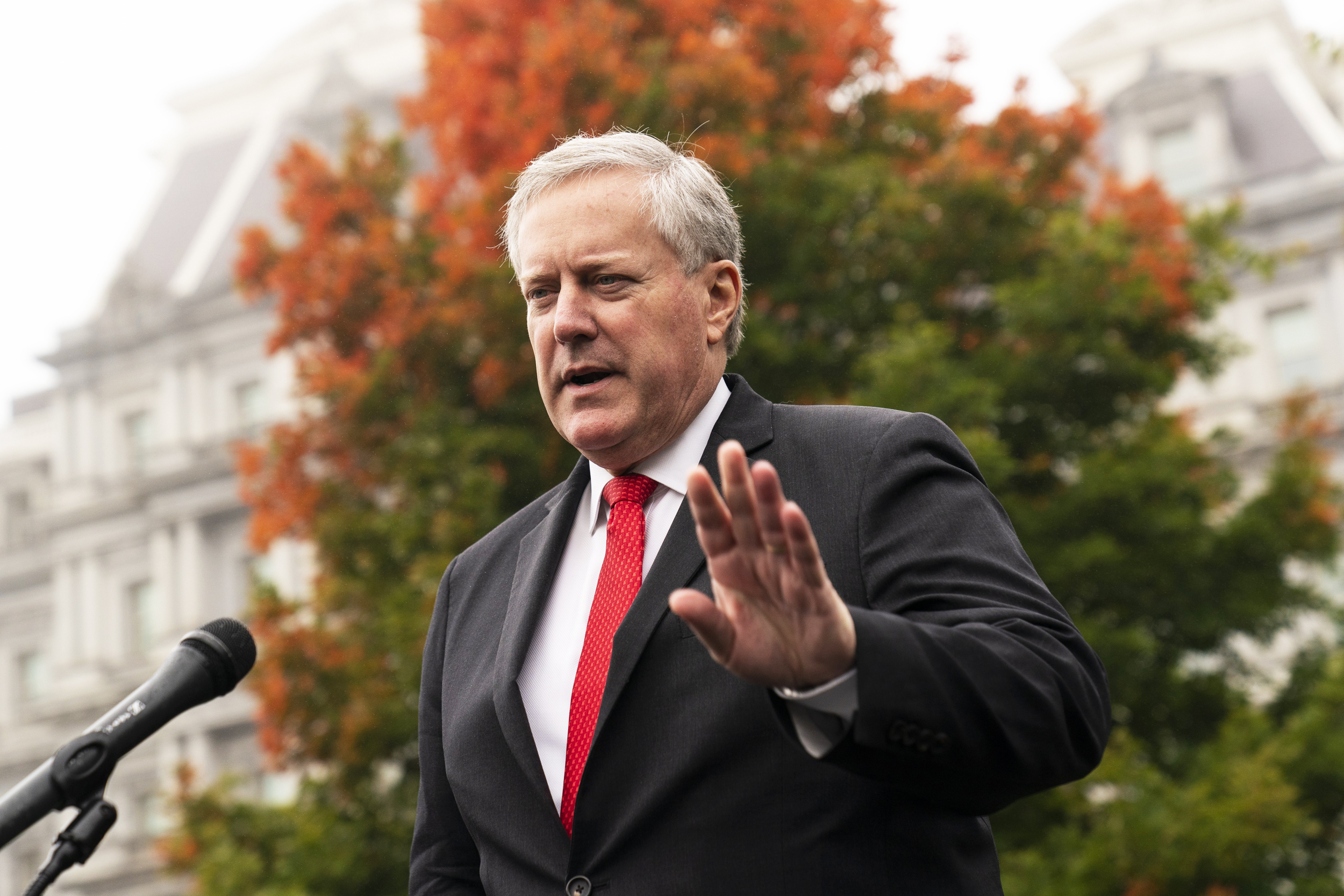 It was 30 years ago this month when Charles Barkley’s book briefly became famous. Unfortunately for the basketball superstar, its notoriety had little to do with the book’s contents and everything to do with his reaction to his own autobiography.

Barkley conceded at the time that his 1991 book got “a couple of things” wrong. It was because, he added, his autobiography “misquoted” him. Ridicule soon followed.

This unfortunate story came to mind watching former White House Chief of Staff Mark Meadows suggest he, too, has a problem with the book he ostensibly wrote. The Daily Beast noted overnight:

Former Trump chief of staff Mark Meadows went on Newsmax on Wednesday night and agreed with his old boss that his new book is “fake news.”

Let’s back up to review how we arrived at this strange point.

Meadows, Donald Trump’s fourth right-hand man in the West Wing, wrote a book about his experiences that has not yet been released. The Guardian apparently obtained a copy and published a report about an important revelation in the text: Trump first tested positive for Covid-19 on Sept. 26 — three days before his first presidential debate against Joe Biden, and earlier than the public was previously told.

It was a significant piece of information, largely because it cast new light on Trump’s dangerously irresponsible behavior, which put a great many people at risk. It didn’t do Meadows any favors, either: His own book suggested he helped cover up these facts for more than a year.

The former president quickly denied the accuracy of the story, though several independent news organizations, including NBC News, confirmed that Meadows’ version of events was accurate: Trump’s first positive test really was on Sept. 26.

It was against this backdrop that Meadows appeared on a conservative network and said, in apparent reference to Trump, “The president’s right, it’s fake news.”

The North Carolina Republican appeared to be referring to an accurate anecdote from his own book.

In context, Meadows seemed to emphasize details such as the negative test the then-president also received last September, though as we discussed yesterday, this doesn’t fundamentally change the nature of the controversy — we’re apparently supposed to believe it was just a coincidence Trump was hospitalized a week later — and it certainly doesn’t make Meadows’ own story “fake news.”

A Washington Post analysis added this morning that Meadows seems to realize he’s created a political problem for his former boss: “Now a cleanup effort is afoot. It’s just not one that makes much sense.”

It’s not as bad as claiming to be “misquoted” in an autobiography, but it’s close.