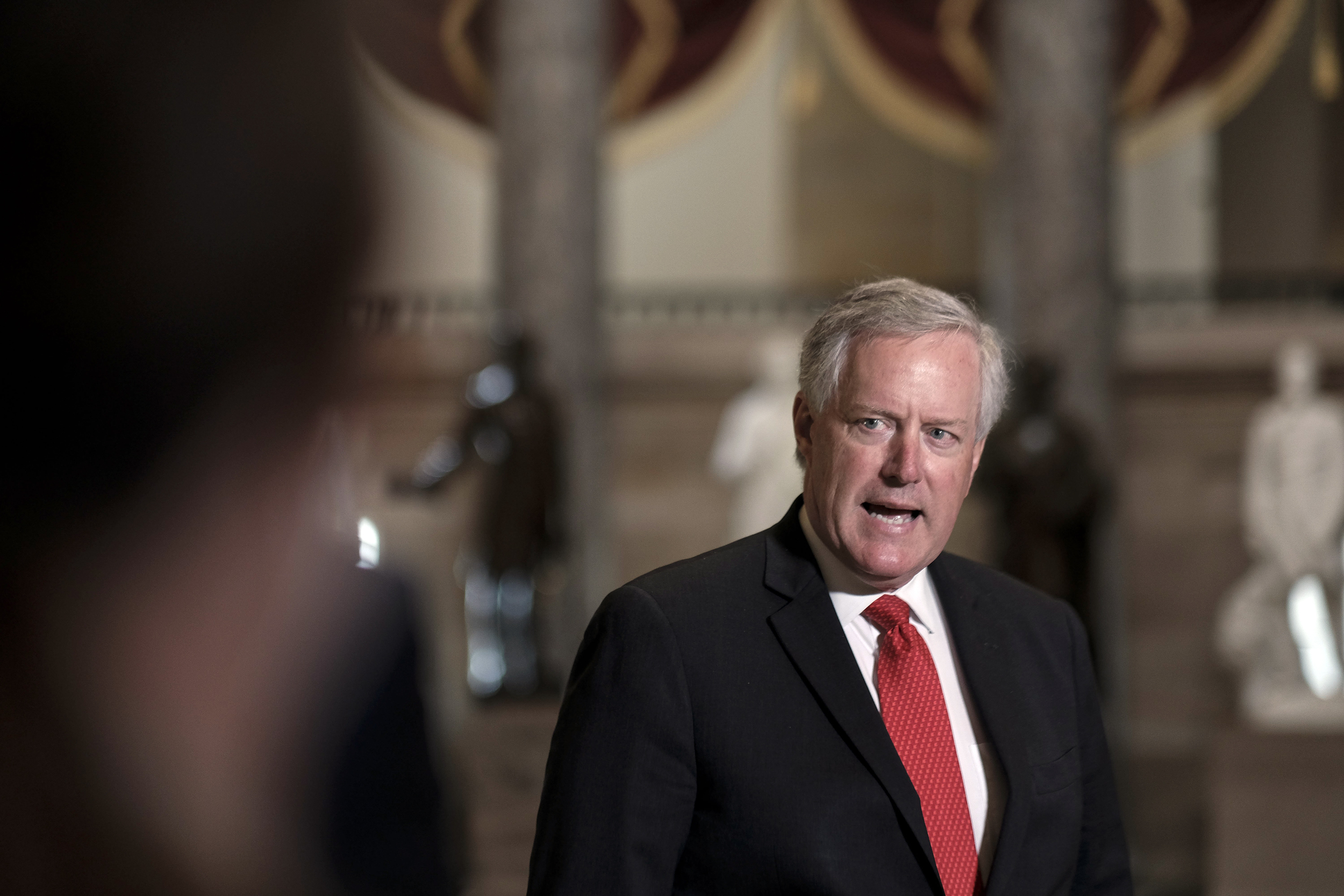 It was the morning of Nov. 12, just a few weeks ago, when former White House Chief of Staff Mark Meadows defied a subpoena from the bipartisan congressional committee investigating the Jan. 6 attack. It was the afternoon of Nov. 12 when Steve Bannon was indicted for contempt of Congress after he defied a similar subpoena.

It’s hard not to get the impression that Meadows took note of the developments — because as NBC News reported yesterday, the North Carolina Republican is suddenly in a more cooperative mood.

The chair of the House committee investigating the Jan. 6 riot at the U.S. Capitol said Tuesday that former White House chief of staff Mark Meadows has begun cooperating with their probe…. The committee had been considering pressing ahead with a criminal contempt of Congress referral against Meadows after he failed to show up to answer questions under oath earlier this month.

In a written statement, Rep. Bennie Thompson, the panel’s Democratic chairman, said, “Mr. Meadows has been engaging with the Select Committee through his attorney. He has produced records to the committee and will soon appear for an initial deposition.”

There are plenty of questions about why, exactly, Donald Trump’s former right-hand man in the West Wing shifted his position. Is Meadows concerned about an indictment? Are his lawyers giving him new advice? Is he low on cash and concerned about months of steep legal fees? For now, we don’t know.

We do know, however, that the former chief of staff has an important perspective that should advance the investigation. Indeed, as we’ve discussed, when Trump tried to hold onto power despite losing the 2020 election, Meadows played an especially pernicious role in the scheme.

It was Meadows, for example, who made a surprise visit to Georgia shortly before Christmas, checking in on an election audit after his boss leaned on local officials to help him. Around the same time, Trump’s top aide repeatedly pushed federal law enforcement to investigate unfounded conspiracy theories — some of which were quite weird.

In other words, this guy has a lot of important information to share with investigators.

Looking ahead, the fact that Meadows is now “engaging with” the investigatory committee is an important development — one that the former president almost certainly will not like — but it’ll be worth watching to see whether, and to what extent, the progress continues. As Politico noted, “No one seems to expect that Meadows is going to show up and spill the beans about what exactly happened on Jan. 6. Rather, many view this as a way for Meadows to act helpful in order to avoid a House criminal contempt citation and possible arrest like Bannon. The panel and Meadows will almost certainly find themselves at loggerheads over what information is privileged — which could send us right back to Square One.”

This was not the only step forward this week for the investigation into the Jan. 6 attack:

Trump’s lawsuit: The former president has asked the federal courts to help him keep secret White House materials related to the attack on the Capitol. Over the course of three and a half hours yesterday, the D.C. Circuit Court of Appeals seemed awfully skeptical of Trump’s dubious executive privilege claims.

That said, the calendar matters. As The New York Times explained today, “Both in office and out, Mr. Trump has pursued a legal strategy of stonewalling subpoenas and using the slow pace of litigation to run out the clock on congressional oversight efforts.” Rachel added on last night’s show, “His delay strategy is really his only strategy. Every day he delays, every day this bangs around in the court system, is another day he effectively wins.”

Jeffrey Clark: The House select committee is moving forward with contempt proceedings against Jeffrey Clark, a former Justice Department official who used his office to sketch out a map for Republicans to follow to overturn the 2020 elections. This will be the second such contempt process — Bannon was the first — and the panel is expected to vote on the matter this afternoon.

Brad Raffensperger: Georgia Secretary of State Brad Raffensperger spent more than four hours with the Jan. 6 committee yesterday. The Republican who oversees his state’s election system famously received a scandalous phone call from Trump after his defeat last fall, in which the then-president urged Raffensperger to find enough votes to make it appear that the GOP ticket won Georgia. That matter is already the subject of an ongoing criminal investigation.

Taken together, there’s every reason to believe the Jan. 6 investigation is intensifying. When Republican Rep. Liz Cheney recently insisted that the committee’s probe is making “real progress,” it apparently was not a hollow boast.