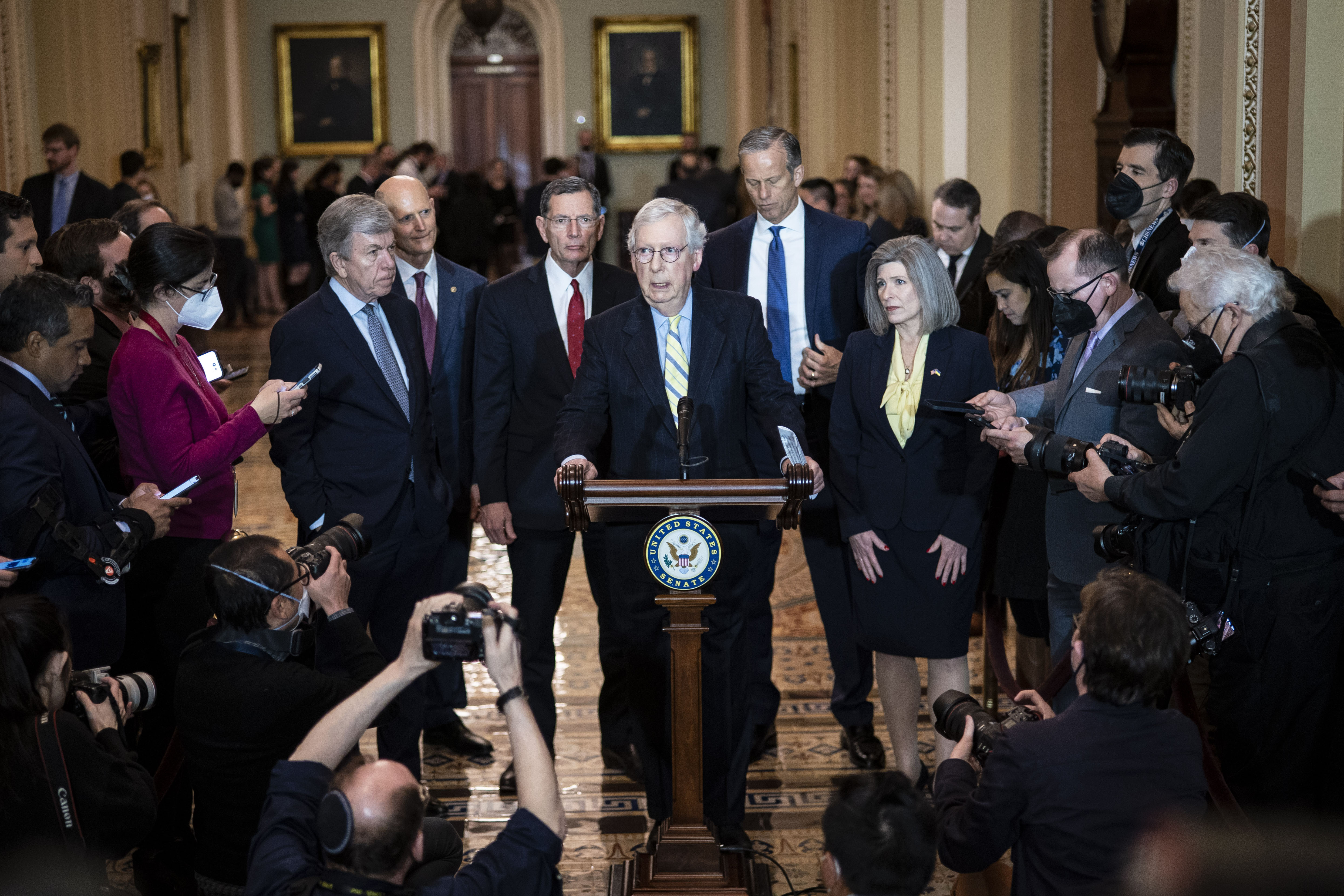 Senate Minority Leader Mitch McConnell has held countless press conferences and done all kinds of interviews with news outlets, but yesterday the Kentucky Republican faced a question he hadn’t previously answered in public. The result was an important and insightful moment.

Axios reported on the exchange that got much of the political world talking.

Senate Minority Leader Mitch McConnell said during an Axios NewsShapers interview with Jonathan Swan that he’d be obligated to support former President Trump despite the Jan. 6 attack on the Capitol if the GOP renominates him for president in 2024…. McConnell had not previously been pressed on the contradiction between his Senate floor comments in February of 2021 saying Trump was “morally responsible” for January 6th, followed two weeks later by saying he’d “absolutely” support Trump as nominee.

Before digging in on yesterday’s back and forth, let’s review the backstory because it’s highly relevant.

It was during Trump’s first year in the White House that the Republican looked to McConnell as someone who would simply take presidential orders and make Trump’s problems go away. When the senator tried to explain how government worked, a “profane shouting match“ soon followed.

But it was after Trump’s defeat that the relationship collapsed. McConnell had the audacity to accept the results of his own country’s elections and criticize Trump for failing to do the same, at which point the former president started condemning the GOP leader as a corrupt “hack.”

Things seemed to culminate on Feb. 13 of last year, in the immediate aftermath of Trump’s second impeachment trial, when McConnell delivered memorable floor remarks, condemning Trump’s “disgraceful dereliction of duty” on Jan. 6. The Senate minority leader added, “There is no question — none — that President Trump is practically and morally responsible for provoking the events of that day. No question about it.”

In the same speech, McConnell called out Trump for his “crescendo of false statements, conspiracy theories, and reckless hyperbole … orchestrated by an outgoing president who seemed determined to either overturn the voters’ decision or else torch our institutions on the way out.”

The Kentucky senator went on to raise the prospect of Trump facing civil and/or criminal penalties for his obvious misconduct.

Two weeks later, McConnell appeared on Fox News and was asked whether he’d support Trump’s 2024 candidacy, if the former president again ran as the Republican nominee.

And it’s this point that Axios’ Jonathan Swan was eager to explore during an on-stage interview yesterday, inquiring specifically about the longtime senator’s “moral red lines.”

McConnell seemed confused, and a little annoyed, by the question, explaining that he’s “very comfortable” with how he’s conducted himself in public life.

“As a Republican leader of the Senate, it should not be a front-page headline that I will support the Republican nominee for president,” McConnell said, adding, “I think I have an obligation to support the nominee of my party, and I will.”

In other words, asked about his “moral red lines,” the Senate minority leader conceded that such lines effectively do not exist, at least insofar as electoral politics is concerned.

McConnell’s candor was certainly welcome, though it was jarring: He believes Trump instigated an insurrectionist attack on his country’s seat of government, but he’d support Trump’s candidacy anyway if GOP primary voters back the former president anew.

McConnell feels an “obligation,” not to do what’s best for the United States, and not to honor his ethical principles, but to prioritize partisanship above any other consideration. For the Kentucky senator, his list of concerns is as follows:

The idea of higher principles — patriotism, propriety, ethical consistency — is simply not a part of McConnell’s amoral calculus. I find myself oddly grateful that the senator didn’t pretend otherwise.