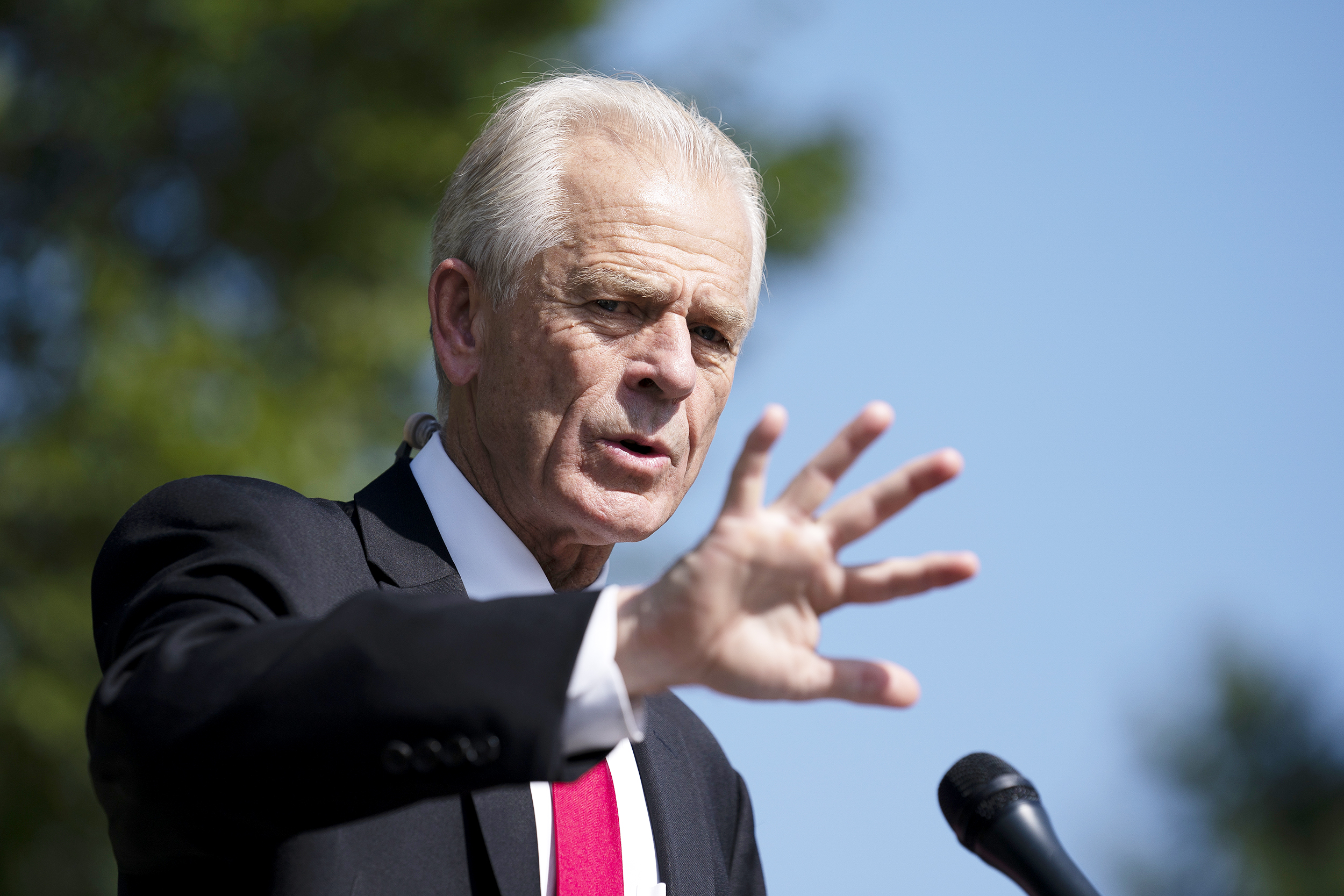 It was two months ago when The New York Times first reported that federal prosecutors “have substantially widened their Jan. 6 investigation to examine the possible culpability of a broad range of figures involved in former President Donald J. Trump’s efforts to overturn the results of the 2020 election.” It raised a few eyebrows for a reason: The Justice Department hasn’t made a lot of noise about its Jan. 6 probe, but the reporting suggested it was eyeing Team Trump.

Around the same time, The Washington Post also reported that in recent months, a federal grand jury had “issued subpoena requests to some officials in former president Donald Trump’s orbit who assisted in planning, funding and executing the Jan. 6 rally.”

It’s against this backdrop that we now appear to know one of the recipients of a federal grand jury subpoena. The Times reported overnight:

Peter Navarro, who as a White House adviser to President Donald J. Trump worked to keep Mr. Trump in office after his defeat in the 2020 election, disclosed on Monday that he has been summoned to testify on Thursday to a federal grand jury and to provide prosecutors with any records he has related to the attack on the Capitol last year, including “any communications” with Mr. Trump.

To appreciate the significance of these developments — which have not been independently verified by MSNBC or NBC News — let’s take stock of how we arrived at this point.

Earlier this year, the House select committee investigating the Jan. 6 attack subpoenaed Navarro, a prominent Trump adviser. This was hardly shocking: As regular readers may recall, Navarro was a key insider; and he had highly relevant information; and he boasted about his role in trying to overturn Trump’s 2020 defeat. The fact that congressional investigators would want to seek answers from him was inevitable.

Navarro, predictably, refused to cooperate — lawmakers soon after voted to hold him in contempt — but that’s not all he did. Rather, the former White House adviser also announced plans to sue the committee, House Speaker Nancy Pelosi, and the U.S. Attorney for the District of Columbia. Navarro also said he’d represent himself, despite the inconvenient fact that he’s not actually an attorney.

As part of that case, the economist acknowledged something the public did not previously know: The FBI stopped by Navarro’s house last week to deliver a subpoena, seeking testimony related to the Jan. 6 attack.

And why does the latter matter? The Times’ report added, “The subpoena sent last week to Mr. Navarro is the first known to have been issued in connection to the department’s Jan. 6 investigations to someone who worked in the Trump White House.”

That’s no small detail. Circling back to our earlier coverage, as the first anniversary of the Jan. 6 attack approached, Attorney General Merrick Garland delivered high-profile remarks and reflected on the road ahead. “The Justice Department remains committed to holding all January 6th perpetrators, at any level, accountable under law — whether they were present that day or were otherwise criminally responsible for the assault on our democracy,” the nation’s chief law enforcement official declared.

For those of us outside Main Justice, it was followed by stretches of silence. We were left to wonder whether the investigation into the insurrectionist violence was ending or intensifying, widening or narrowing.

Occasionally, however, the Justice Department offers provocative reminders that federal investigators’ work is far from over — and the fact that a member of Trump’s inner circle has received a grand jury subpoena is a striking example of this.

We’re still in a wait-and-see mode when it comes to possible legal consequences for those higher up the political food chain. But the more federal prosecutors widen their Jan. 6 investigation and compile evidence, the more likely it becomes that such consequences will ultimately occur.

Over the course of the 16 months, several hundred people have been charged with crimes related to the Jan. 6 attack on the Capitol, but nearly all of them have one thing in common: They’re relatively unknown, low-level figures who responded to Trump’s dangerous lies.

There’s still reason to believe they may eventually have some higher-profile company.