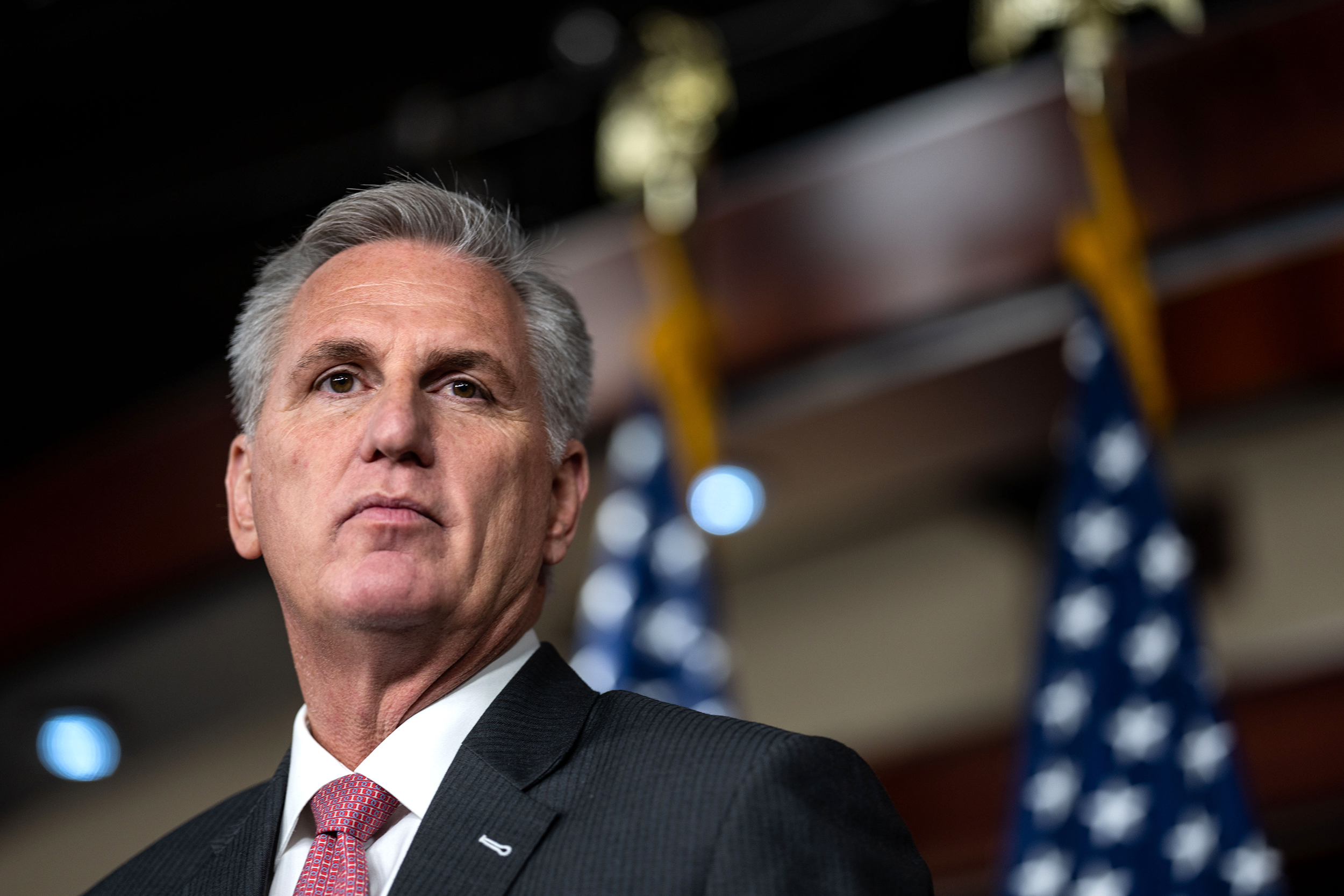 As a rule, when politicians are caught up in controversies based on private comments caught on tape, the recordings generally show them saying something awful. One of the strangest things about House Minority Leader Kevin McCarthy’s latest controversy is that it flips this dynamic on its head: The Republican’s ongoing controversy is over a recording in which he told the truth and managed to sound somewhat courageous.

Four days after the Jan. 6 attack, the House GOP leader told his colleagues that he was outraged by Donald Trump’s role in the violence and that he was prepared to tell the then-president to resign. We know this for certain because an audio recording of McCarthy’s Jan. 10 comments were aired on The Rachel Maddow Show.

What the public heard was a Republican who’d finally seen enough. McCarthy sounded like a congressional leader willing to draw an ethical line. After years of carrying water for Trump, the lawmaker suggested he was going to muster the courage to tell the then-president what he didn’t want to hear.

Behold, the one point in McCarthy’s political career in which he was almost courageous.

We now know, of course, that the minority leader didn’t follow through on what he’d told his allied colleagues. In fact, nearly a year and a half later, McCarthy is dealing with the revelations by offering cascading lies.

First, the GOP leader denounced reporting as “totally false and wrong” that turned out to be true. Second, McCarthy reportedly told Trump that he was merely “placating“ then-House Republican Conference Leader Liz Cheney during the Jan. 10 meeting, which doesn’t even make any sense.

Then, the Californian dug deeper. The New York Times reported:

Mr. McCarthy’s prime concern on Friday, according to a person familiar with the situation, was about Republicans he thought would be upset by his private criticism of Mr. Trump — not those who might be alarmed by the fact that he had been exposed as a liar in denying it. As if to underline the point, Mr. McCarthy repeated the falsehood on Friday, telling reporters in Ridgecrest, Calif., “I never thought that he should resign.”

Remember, this was after we heard the recording in which McCarthy said he intended to tell Trump, “[I]t would be my recommendation you should resign.”

There’s always something remarkable about seeing a politician caught in a lie, only to lie about having lied.

In terms of the Republican’s already woeful reputation, these developments are making a bad situation worse. A Washington Post analysis noted over the weekend, “Power is intoxicating, its pursuit revealing of character but sometimes debilitating; House Minority Leader Kevin McCarthy (R-Calif.) is Exhibit A. In his ceaseless drive to become the next speaker of the House, he has demonstrated weakness, hypocrisy and a willingness to lie to save his skin.”

As damning as this was, Democratic Sen. Elizabeth Warren went further, condemning the minority leader as a “liar and a traitor.”

But the folks McCarthy cares about — the rank-and-file House Republicans whose support he’ll need to become House Speaker — seem largely unfazed, at least for now. Trump himself has said he doesn’t much care what McCarthy said since he didn’t follow through. The minority leader has been letting his members know that all is well, since the former president isn’t angry with him.

Yesterday, Rep. Michael McCaul, the top Republican on the House Foreign Affairs Committee, told Fox News, “I think Kevin is in very good shape. In fact, [Trump] came out saying that this is not going to endanger his relationship with Kevin, that he’s strongly supportive.”

The Texan added, “I can tell you, the support in the conference is very strong for him, and this is a little Beltway bubble blip, if you will. I don’t think it’s going to have any long-term consequences.”

Republican Rep. Nancy Mace of South Carolina added on Fox Business, “I still support Kevin…. Water under the bridge. This is kind of a story I don’t think that’s going anywhere, but I support him wholeheartedly.”

Stepping back, the latest revelations make McCarthy appear dishonest, weak, indifferent toward propriety, and subservient to a corrupt former president. But in 2022, none of those qualities are seen as problematic in Republican politics, and some are considered positives.