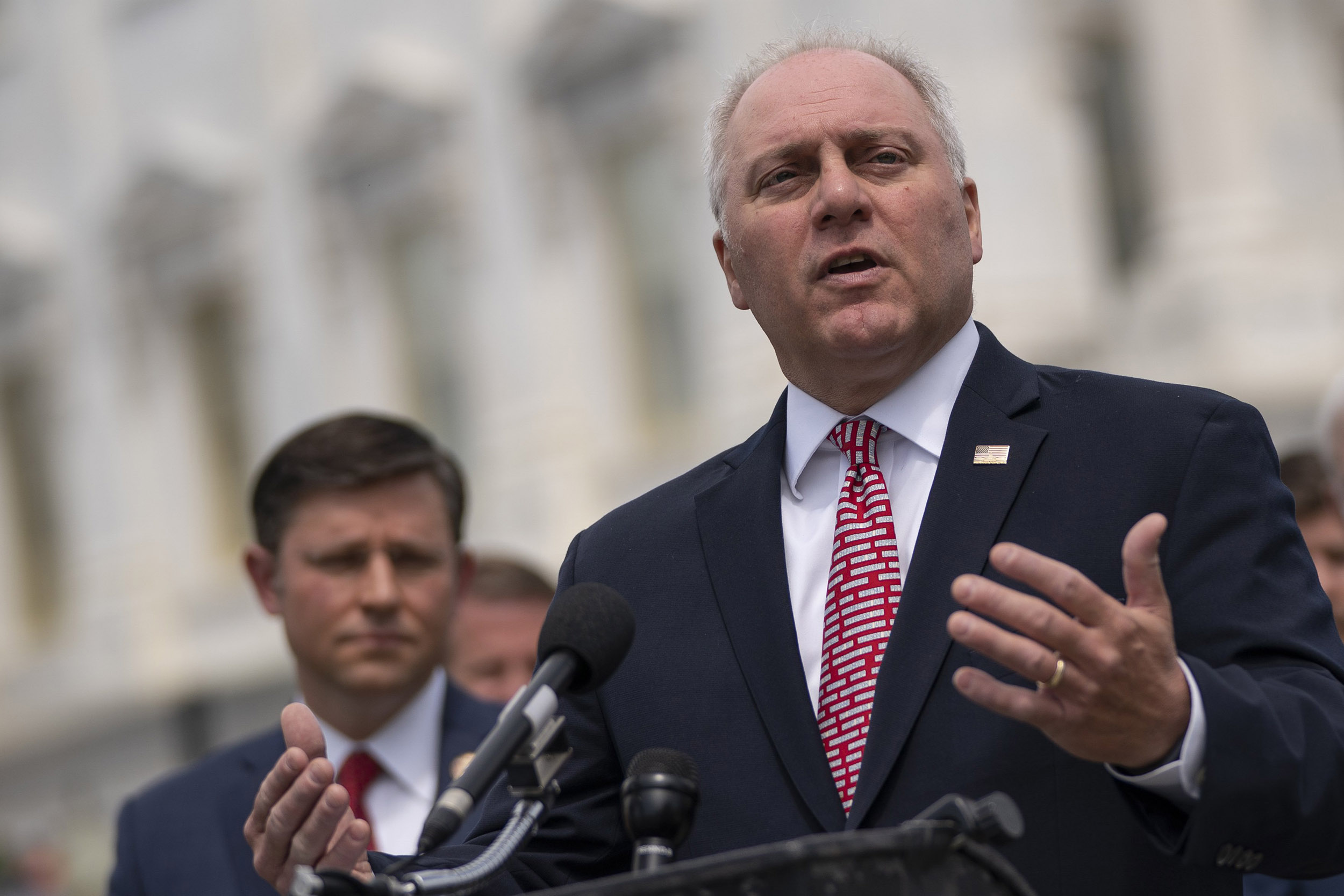 For those inclined to be generous when assessing the state of the contemporary Republican Party, the likely argument is that folks like Biggs and Gosar are fringe figures, known for voicing extreme views. It’s not as if the GOP is putting irresponsible officials in leadership positions, right?

The House’s second-ranking Republican, Rep. Steve Scalise, repeatedly refused to say on Sunday that the 2020 election wasn’t stolen, standing by Donald Trump’s lie that Democrat Joe Biden won the White House because of mass voter fraud. More than 11 months after Americans picked their president and almost nine months since Biden was inaugurated, Scalise was unwilling during a national television interview to acknowledge the legitimacy of the vote, instead sticking to his belief that the election results should not have been certified by Congress.

Remember, Scalise isn’t some random backbencher with a low profile and limited influence. On the contrary, if Republicans take back the House in next year’s midterm elections, the far-right Louisianan will likely become the House majority leader.

And yet, there he was on Fox News yesterday, getting pressed by host Chris Wallace to acknowledge that President Joe Biden legitimately won the 2020 presidential election. Acknowledging his own country’s electoral reality, however, was a step Scalise simply would not take.

This is not a situation in which the GOP congressman is a shrinking violet, lacking the temperament to denounce ideas with which he disagrees. During the same interview yesterday, Scalise said those who equate Georgia Republicans’ new voter-suppression law with Jim Crow are pushing “flat-out lies.”

In other words, Scalise is capable of condemning ideas he finds objectionable in no uncertain terms. When it comes to the Republican Party’s Big Lie, however, Scalise repeatedly insisted that states didn’t follow election laws last fall to his satisfaction, which in his mind justifies his skepticism about the results.

A tiny number of congressional Republicans were displeased. Rep. Liz Cheney of Wyoming, for example, wrote via Twitter, “Millions of Americans have been sold a fraud that the election was stolen. Republicans have a duty to tell the American people that this is not true. Perpetuating the Big Lie is an attack on the core of our constitutional republic.” Rep. Adam Kinzinger of Illinois called Scalise’s rhetoric “unacceptable.”

The duo, however, was part of a vanishingly small minority. For most congressional Republicans, Scalise’s nonsense reflected a new normal.

The bottom line is unavoidable: The line between the GOP fringe on Capitol Hill and the GOP leadership has been blurred to the point that it hardly exists at all. When the #2 House Republican isn’t lending credence to his party’s Big Lie, House Republican Conference Chair Elise Stefanik is toying with a white-supremacist conspiracy theory and trying to blame House Speaker Nancy Pelosi for the Jan. 6 attack.

It was just last month, meanwhile, when House Minority Leader Kevin McCarthy threatened private companies in the hopes of obstructing a bipartisan congressional investigation, which he soon followed by falsely claiming that the FBI had cleared Donald Trump of wrongdoing on Jan. 6.

There ought to be an important gap between the Republican Party’s radicals and the GOP’s leadership. In 2021, they appear to be reading from awfully similar scripts.