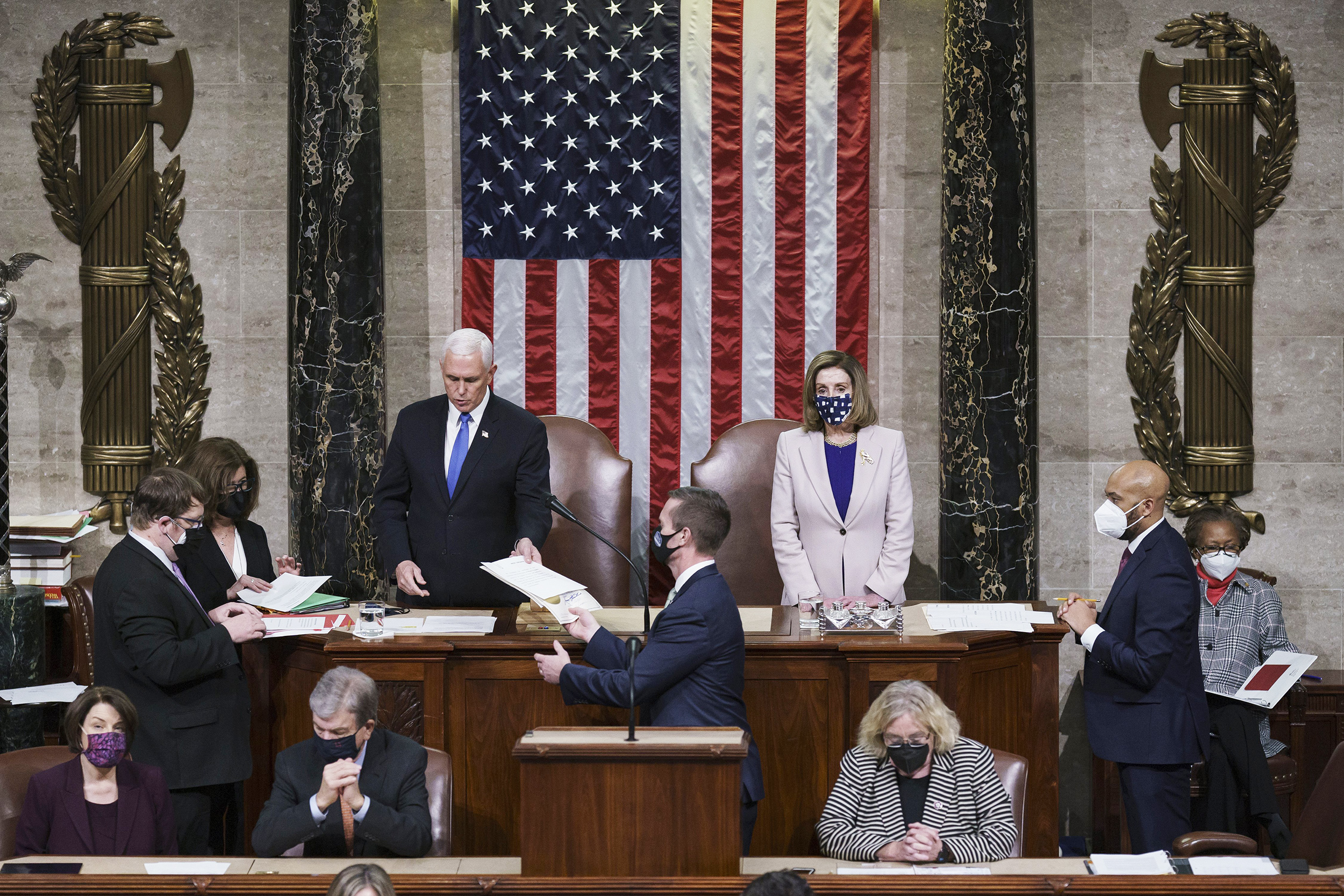 It’s no secret that John Eastman, a Republican lawyer on Donald Trump’s team in the aftermath of the former president’s defeat, wrote an infamous memo intended to help overturn the results. What’s less known is why Eastman thought his scheme would work.

As the GOP attorney saw it, then-Vice President Mike Pence, rather than honor the results of the election, could exploit ambiguities in the Electoral Count Act of 1887 and set aside the Electoral College votes of seven states.

As The New York Times reported, the bipartisan House committee investigating the Jan. 6 attack believes those ambiguities need to be resolved, sooner rather than later.

Members of the select congressional committee investigating the Jan. 6 attack at the Capitol are pressing to overhaul the complex and little-known law that former President Donald J. Trump and his allies tried to use to overturn the 2020 election, arguing that the ambiguity of the statute puts democracy itself at risk.

Part of this matters because it demonstrates that the House select committee’s work has an obvious legislative purpose, which will matter in the courts as the panel’s investigation moves forward.

But it also matters because the Electoral Count Act of 1887, passed in the aftermath of a brutally messy election controversy, and designed to establish a congressional process for certifying electoral votes, really does need to be addressed. The Washington Post’s Greg Sargent, who’s been banging the ECA drum for months, pointed today to hypothetical scenarios in which a Republican-led Congress could try to reject a Democratic ticket’s electors and/or accept a rogue set of electors appointed by GOP state legislators.

So Congress could raise the threshold for congressional objections to electors to much higher than one member from each chamber. It could clarify what constitutes grounds for such an objection, which is now very vague. And Congress could clarify the ECA’s “safe harbor” provision to make it absolutely clear that if a state resolves disputes over electors, Congress must count them.

Clarifying the vice president’s ceremonial role in the certification process would also be wise.

As is usually the case when public discussion turns to worthwhile federal legislation, an uncomfortable question hangs overhead: Is Congress capable of passing legislation to overhaul the existing Electoral Count Act?

In the House, progress appears likely — with at least some modicum of bipartisan backing. The Times’ report noted that Republican Rep. Liz Cheney of Wyoming, the Jan. 6 committee’s co-chair, is on board with reforms.

In the Senate, Minnesota’s Amy Klobuchar, the Democratic chair of the Rules Committee, added, “The antiquated law governing the Electoral College vote count is too vague and ripe for abuse, and it resulted in baseless objections that delayed the democratic process. It’s time to update this law to safeguard our democracy.”

The problem — and you surely knew this was coming — is the inevitable Republican filibuster, and the challenge that comes with convincing 10 GOP senators to do the responsible thing.

In theory, this shouldn’t be an especially heavy legislative lift. The existing flaws in the system are not inherently partisan or ideological. Indeed, the Times’ report added that there’s “significant support among Republicans outside of Congress for overhauling the Electoral Count Act.” Trey Grayson, a former Republican secretary of state of Kentucky, “said in an interview that he was concerned that, without changes to the law, there would be future attempts to exploit it by both parties.”

I’m honestly hard pressed to think of what the GOP talking points against ECA changes would look like, aside from, “Democrats think it’s sensible, so we’re saying no.”