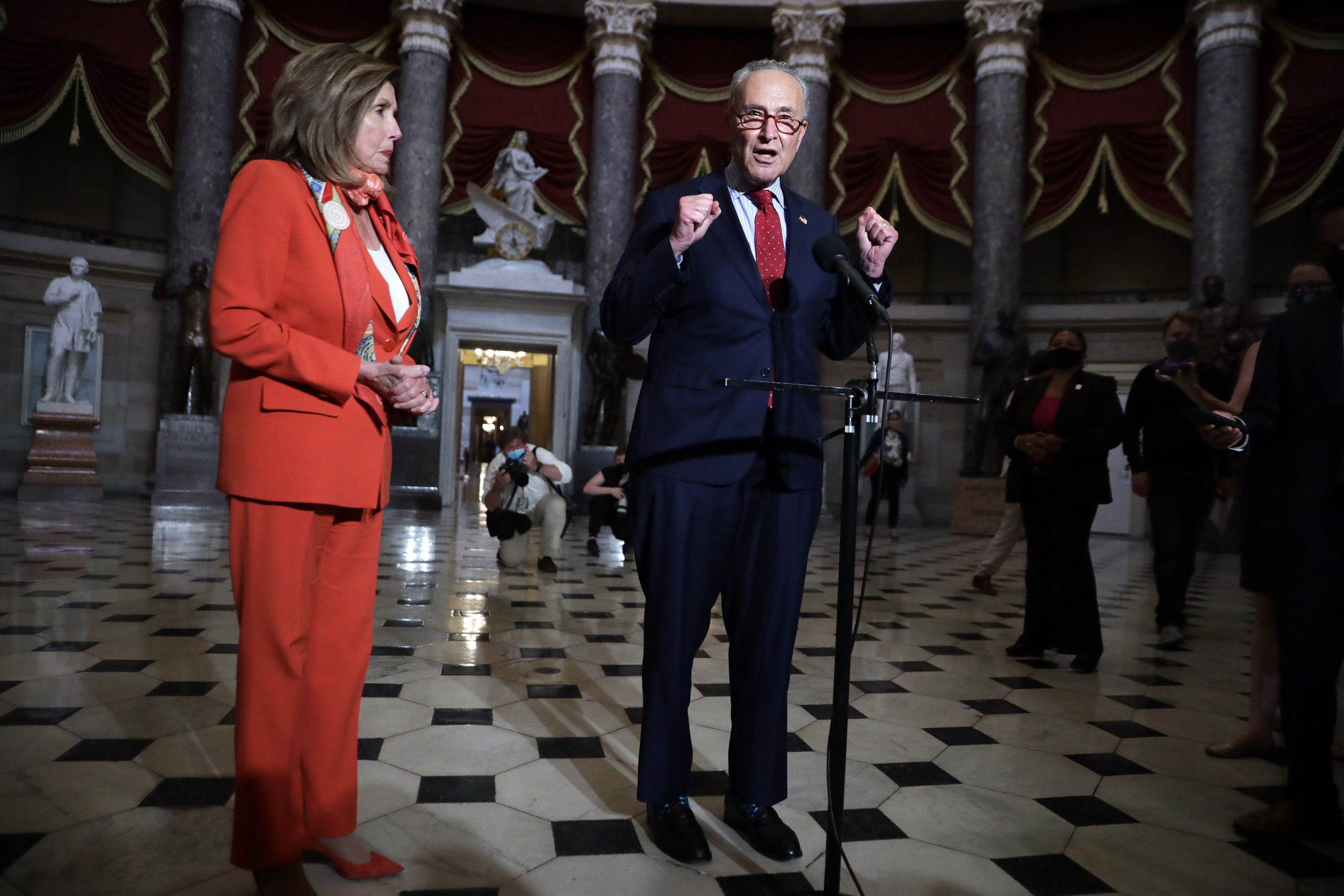 And in 2021, the next deadline for a government shutdown is just 16 hours away. As of this morning, however, it appears policymakers will probably avert another disaster. NBC News reported overnight:

Senate Majority Leader Chuck Schumer said Wednesday that senators have reached a deal on a stopgap government funding measure to prevent a shutdown. “We are ready to move forward,” Schumer, D-N.Y., said on the Senate floor. “We have an agreement on … the continuing resolution to prevent a government shutdown, and we should be voting on that tomorrow morning.”

This is a stopgap measure — known on Capitol Hill as a “continuing resolution” (or CR) — that will fund government operations through Dec. 3. At that point, Americans can look forward to yet another shutdown showdown. Mark your calendars now.

We arrived at this point because Democrats wanted to package several priorities in one bill: The majority tied together measures that would prevent a government shutdown, extend the debt ceiling, and fund both disaster relief and Afghan resettlement. Republican leaders said they supported each of the four goals, but they killed the bill anyway.

GOP senators did so because they remain determined to hold the debt ceiling hostage. They agreed to tolerate a bill that would tackle the other three priorities, just so long as the bill did not clear the way for the United States to pay its bills.

That brings us today: Democrats want to prevent a shutdown, so they’re advancing a new bill in line with Republicans’ wishes.

The Senate is expected to vote on the stopgap measure this morning, followed soon after by a vote in the House. The White House has indicated that President Joe Biden will sign the bill into law, forestalling another shutdown threat.

Ordinarily, when Congress finds a way to avert a government shutdown on the last possible day, it’s Capitol Hill’s biggest and most dramatic vote of the day. Today, however, is a little different.

According to the tentative schedule, the House is also supposed to consider the bipartisan infrastructure bill that passed the Senate in early August. It’s the first part of the White House’s two-track domestic agenda, and on the surface, it has the necessary support to pass the House.

But just below the surface, it’s more complicated than that. NBC News reported this morning:

The House is bracing for a much-anticipated vote on a major infrastructure bill that doesn’t appear to have the support it needs to pass. Speaker Nancy Pelosi, D-Calif., told reporters Wednesday that she wants it to pass Thursday, but she left wiggle room to delay the vote.

The negotiating dynamic is less complicated than it may seem at first blush. The Senate-passed bill, which focuses largely on roads and bridges, proved underwhelming to most congressional Democrats, but they agreed to support it anyway as part of a package deal: Rank-and-file progressive lawmakers said they’d advance what’s known as the BIF (Bipartisan Infrastructure Framework), and in exchange, Congress would also agree to pass a more ambitious Build Back Better bill — comprising much of Biden’s domestic agenda — through the budget reconciliation process, which circumvents a Republican filibuster.

The trouble is, a handful of centrist and conservative Democrats are balking at the Build Back Better legislation.

The result is an intra-party mess: Dozens of House Democrats don’t want to vote for the bipartisan infrastructure bill today because they know that the moment it passes, they’ll have no leverage in negotiations over the larger and more meaningful bill. Democratic senators like West Virginia’s Joe Manchin and Arizona’s Kyrsten Sinema — known in some circles as “Manchema” — have said they’ll only engage in negotiations for the ambitious bill if the House passes the smaller bill first.

Or put another way, centrist and conservative Democrats are effectively saying, “Give us the bill we want, at which point we’ll think about giving you something resembling the bill you want.”

The hope among Democratic leaders was that they could reach an agreement on the Build Back Better plan this week, clearing the way for the Senate-backed infrastructure plan. Despite many hours of talks, Manchin and Sinema haven’t yet made clear what they want or presented any counteroffers.

With that in mind, a great many House Democrats are prepared to oppose the smaller bipartisan bill today, and if Pelosi doesn’t believe the measure has the votes, today’s vote will be delayed.