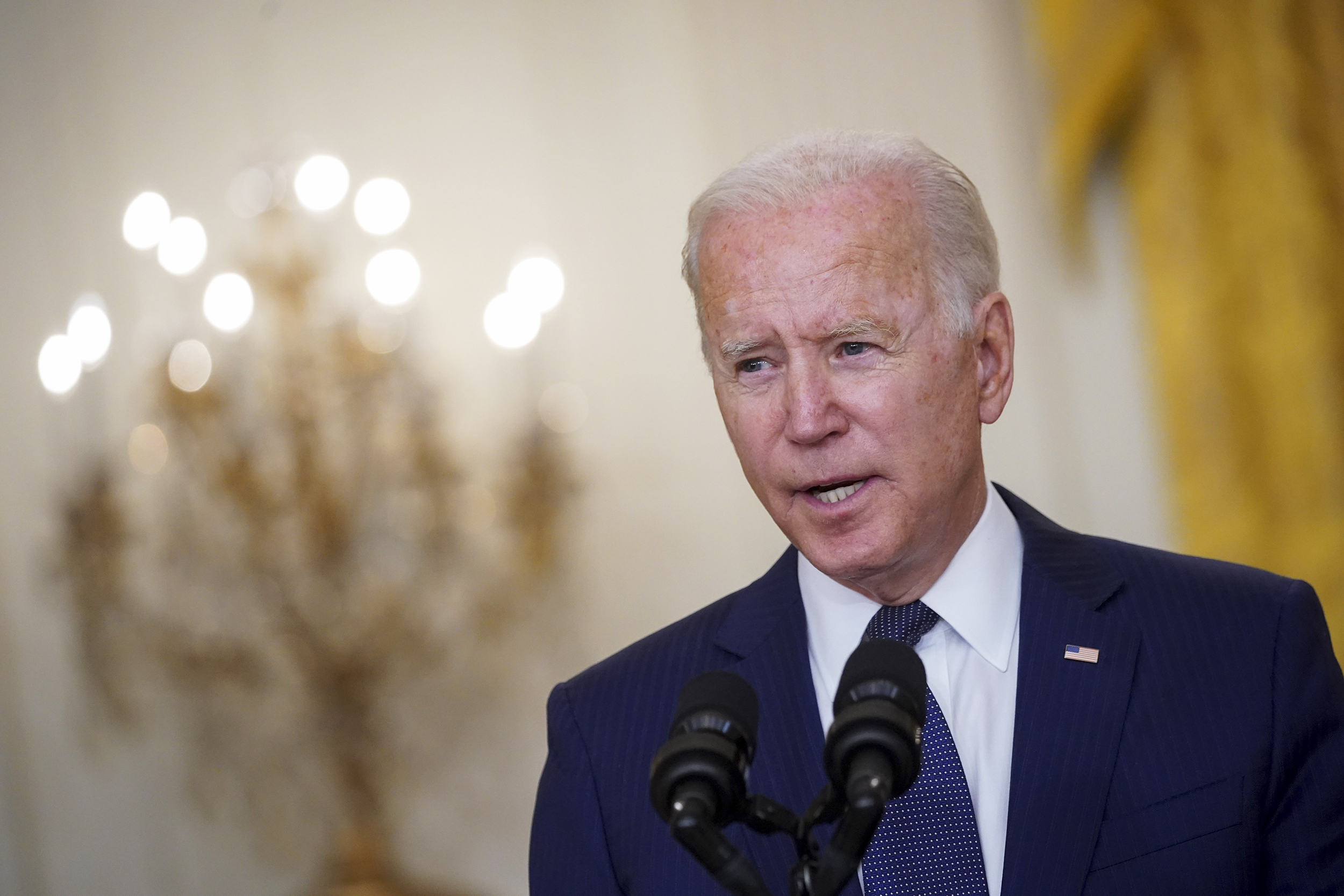 Yesterday afternoon, after President Joe Biden had addressed the nation about the deadly terrorist attack in Kabul, a reporter asked White House Press Secretary Jen Psaki about two Republican senators who’d called on the president to resign. Psaki was quick to dismiss the nonsense.

“I would say, first, this is a day where U.S. servicemembers — 12 of them* — lost their lives at the hands of terrorists. It’s not a day for politics, and we would expect that any American, whether they’re elected or not, would stand with us in our commitment to going after and fighting and killing those terrorists wherever they live, and to honoring the memory of servicemembers. And that’s what this day is for.”

A great many Republicans clearly had a very different perspective.

In a healthy political environment, there is a normal way to respond to a deadly terrorist attack. Prominent public voices and those in positions of authority can be expected to grieve for the fallen, support their loved ones, prepare to hold the perpetrators and their accomplices accountable, and take steps to prevent additional violence.

Ours is not an especially healthy political environment.

It was at 9:44 a.m. EST yesterday morning when Pentagon Press Secretary John Kirby published a tweet, alerting the public to the fact that there had been an explosion outside the airport in Afghanistan’s capital. It was at 11:34 a.m. EST — not quite two hours later — when Republican Rep. Troy Nehls of Texas published a tweet of his own: “Biden has blood on his hands and must be held accountable.”

Soon after, the House Republican Conference promoted Nehls’ missive, extending the GOP’s imprimatur to the smear.

As the day progressed, and the public gained a better understanding of the scope of bloodshed, the Republican campaign against their own country’s president intensified, as assorted GOP officials and candidates exploited the attack while trying to one-up each other.

Republican Sen. Roger Marshall of Kansas said Biden may need to “resign immediately.” Republican Sen. Josh Hawley of Missouri, after spending months pushing for the rapid withdrawal of U.S. forces from Afghanistan, argued that Biden “is responsible” for the ISIS attack and “must resign.”

A wide variety of House Republicans pushed similar lines, as did assorted players on the sidelines, including former U.S. Ambassador to the United Nations Nikki Haley.

For much of American history, it was considered a dramatic development when a member of Congress called on a sitting president to step down from office. In the Biden era, it’s become something Republicans simply do.

Some of these Republicans may simply be checking a box, signaling to the GOP’s rabid base that they’re sufficiently reactionary. Other Republicans may be looking for a fundraising boost or creating new opportunities for conservative media appearances.

Whatever the motivation, it was of interest that many of the Republicans calling for the president’s resignation struggled to explain what, specifically, they believe Biden did wrong or could’ve done differently. Texas’ Nehls, for example, said the “chaotic withdrawal” of U.S. forces “set the stage for this violence.”

But that’s not much of a pitch. Yes, there have been chaotic conditions throughout Afghanistan as the country’s inept and corrupt government collapsed, but ISIS and its affiliates existed before this year, and terrorist violence in Kabul predates the Biden administration.

If there were evidence that the American president disregarded intelligence about a possible attack, the GOP’s rhetoric might make more sense, but that’s plainly not the case. If there were evidence of the American president blaming his own country military leaders for the deaths, that might also help explain ferocious political pushback, but Biden didn’t do that, either.

There can be no doubt that yesterday’s attack was devastating and heartbreaking. There can also be no doubt that the security conditions in and around Kabul, despite the United States’ best efforts over the course of decades, have been profoundly dangerous for reasons unrelated to the end of our war.

I suspect Biden’s Republican detractors know all of this. The problem is they don’t care. A terrorist attack is just another opportunity to take cheap shots, undermine public confidence, win a news cycle, and prepare political messages for the next round of elections.

* After Psaki spoke, officials confirmed the 13th death of an American servicemember.