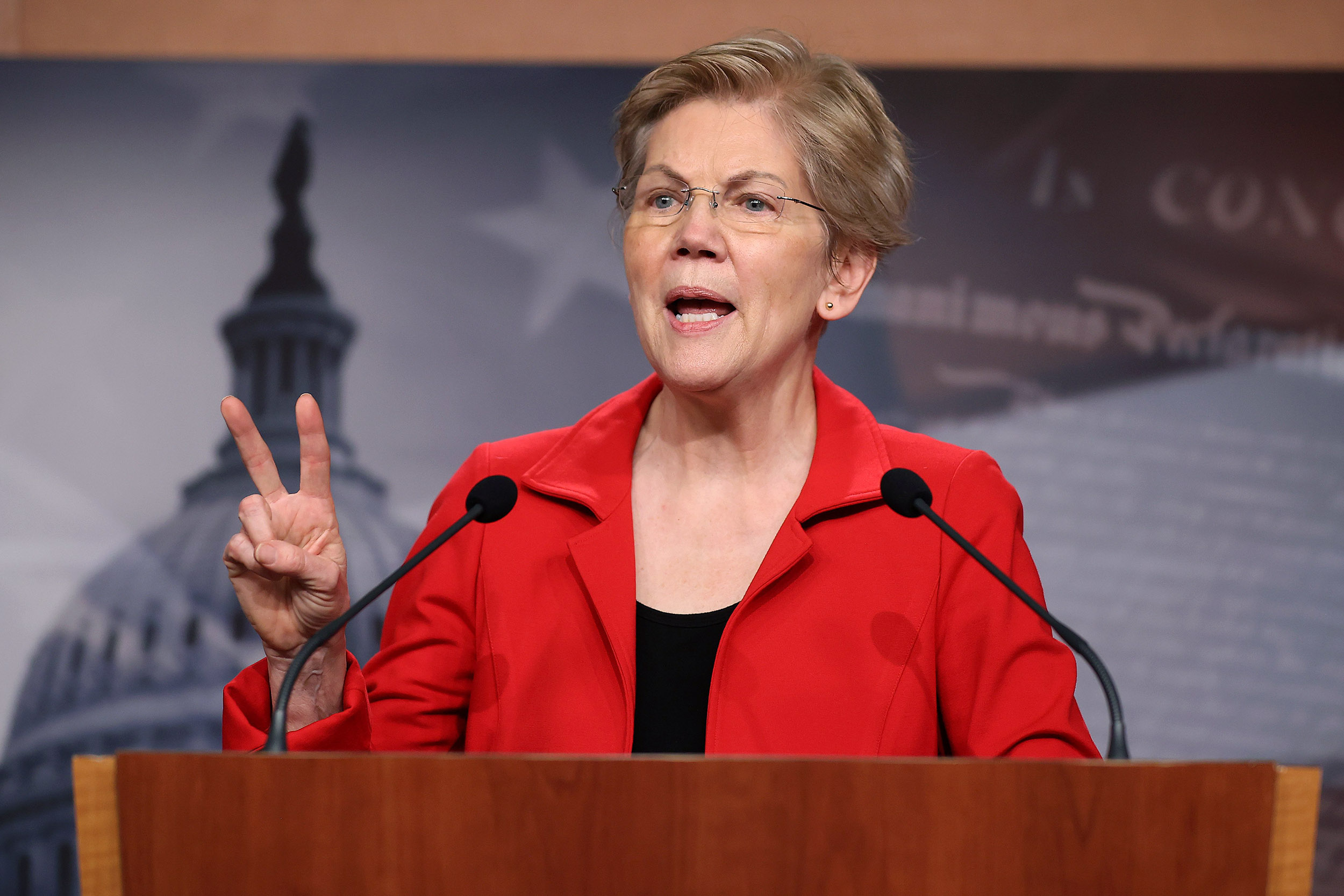 Under normal circumstances, senators can filibuster efforts to raise the debt ceiling. It’s precisely why Republican hostage crises over the last decade have been so dangerous: Democrats have had the capacity and will to pay the nation’s bills, but the GOP counterparts have stood in the way of up-or-down votes.

But as it turns out, the current circumstances aren’t normal at all. In a newly passed bill, there’s a special provision that will allow the Senate — just this once — to extend the debt ceiling with a simple majority. The filibuster won’t be an option.

And this temporary carveout to the institution’s filibuster rules apparently gave Sen. Elizabeth Warren an idea. The Massachusetts Democrat wrote on Twitter yesterday:

“Let’s be clear what this is: an exception to the filibuster. Today’s vote is proof that it’s possible to create exceptions to the filibuster and move forward when it’s important. We did it this time, let’s do it again.”

None of this was lost on Republican Sen. Ted Cruz of Texas, who told NBC News a day earlier that this filibuster carveout creates a “disturbing precedent,” which “opens the door for Democrats to try to do that in the future” on other issues.

In fact, it’s not just Democrats. Last week, in the stopgap spending package needed to prevent a government shutdown, Republican Sen. Mike Lee of Utah wanted a vote on his amendment to defund the Biden administration’s private-sector vaccine requirements. Ordinarily, such an amendment would require 60 votes.

But Lee said he wanted an exception. “A simple up-or-down, yes or no, a simple-majority vote,” the Utahan said. “That’s all I’m asking.”

The GOP senator realized that this isn’t how the Senate generally operates, but he saw the filibuster rules as an impediment to his plans, so he asked members to put aside the rules — and they did.

Which brings us back to Warren’s point: It really is possible “to create exceptions to the filibuster and move forward when it’s important.”

There’s no shortage of members, including a handful of Democrats, who routinely argue that in the interest of protecting democracy, bipartisan comity, and the integrity of Senate as an institution, the filibuster must remain intact. To abandon the 60-vote threshold, they claim, is to invite political ruin.

What this argument tends to overlook is the fact that the Senate already makes all kinds of exceptions to the filibuster rule. The 60-vote threshold doesn’t apply, for example, to budget bills. Or judicial nominees. Or executive branch nominees. Or the War Powers Resolution. Or the Congressional Review Act. Or trade promotion authority. Or the latest bipartisan debt-ceiling fix. Or last week’s continuing resolution amendment that GOP senators liked.

All of this is true, and the Senate has not collapsed. Political ruin has not overcome Capitol Hill.

If Warren is right — and she most certainly is — why not create more exceptions to the filibuster “and move forward when it’s important”? Why can senators agree to a carveout to the rule to extend the nation’s borrowing authority, but refuse a comparable carveout to protect voting rights?