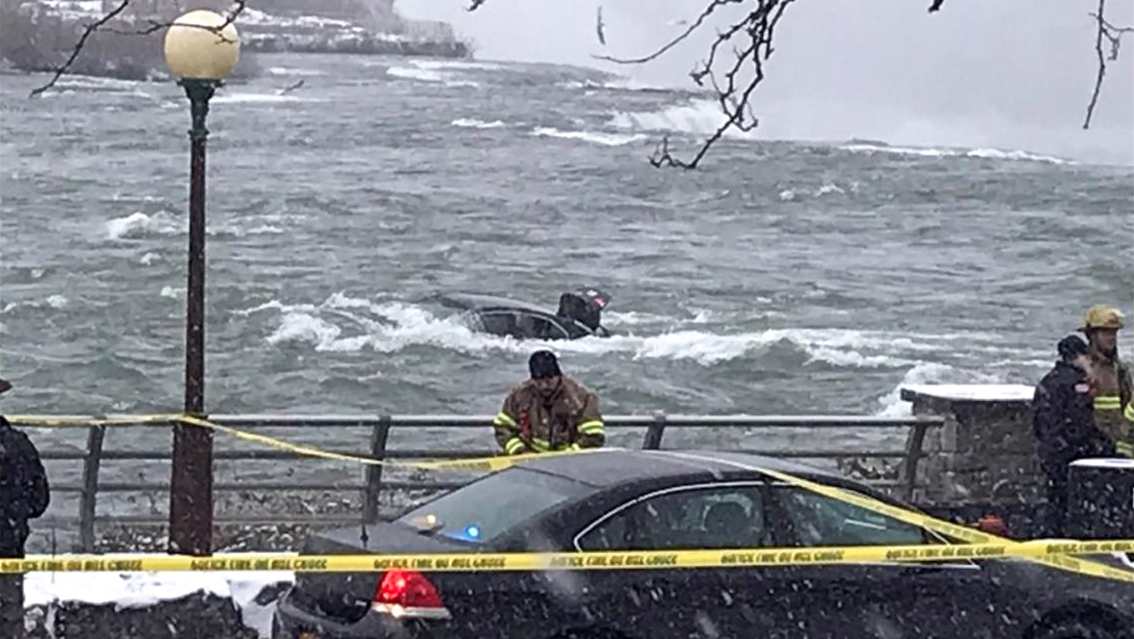 A woman was found dead Wednesday afternoon after a car floating in Niagara River came close to going over the Falls, authorities in New York said.

The identity of the woman has not been released but she’s believed to be in her late 60s, New York State Parks Police Captain Chris Rola said at a news conference.

Authorities were alerted to the vehicle just before 12 p.m. Rola said the car was floating in the river toward the brink of Niagara Falls. Witnesses told police that they believed a person was inside the car.

A picture from the scene shows the car nearly fully submerged with the trunk open. The vehicle became hung up on rocks just some 50 yards short of the edge of the Falls, NBC affiliate WGRZ reported.

The U.S. Coast Guard Great Lakes tweeted that it hoisted an unresponsive female from the driver seat of the vehicle who was pronounced dead at the scene.

Rola said the woman was driving the car. Officials believe only one person was in the car, and said it entered the river through an area between a pedestrian bridge and the vehicle bridge.

An investigation into the incident continues, including determining why the car ended up in the river.

The woman was a local, Rola said, but declined to name where she lived.