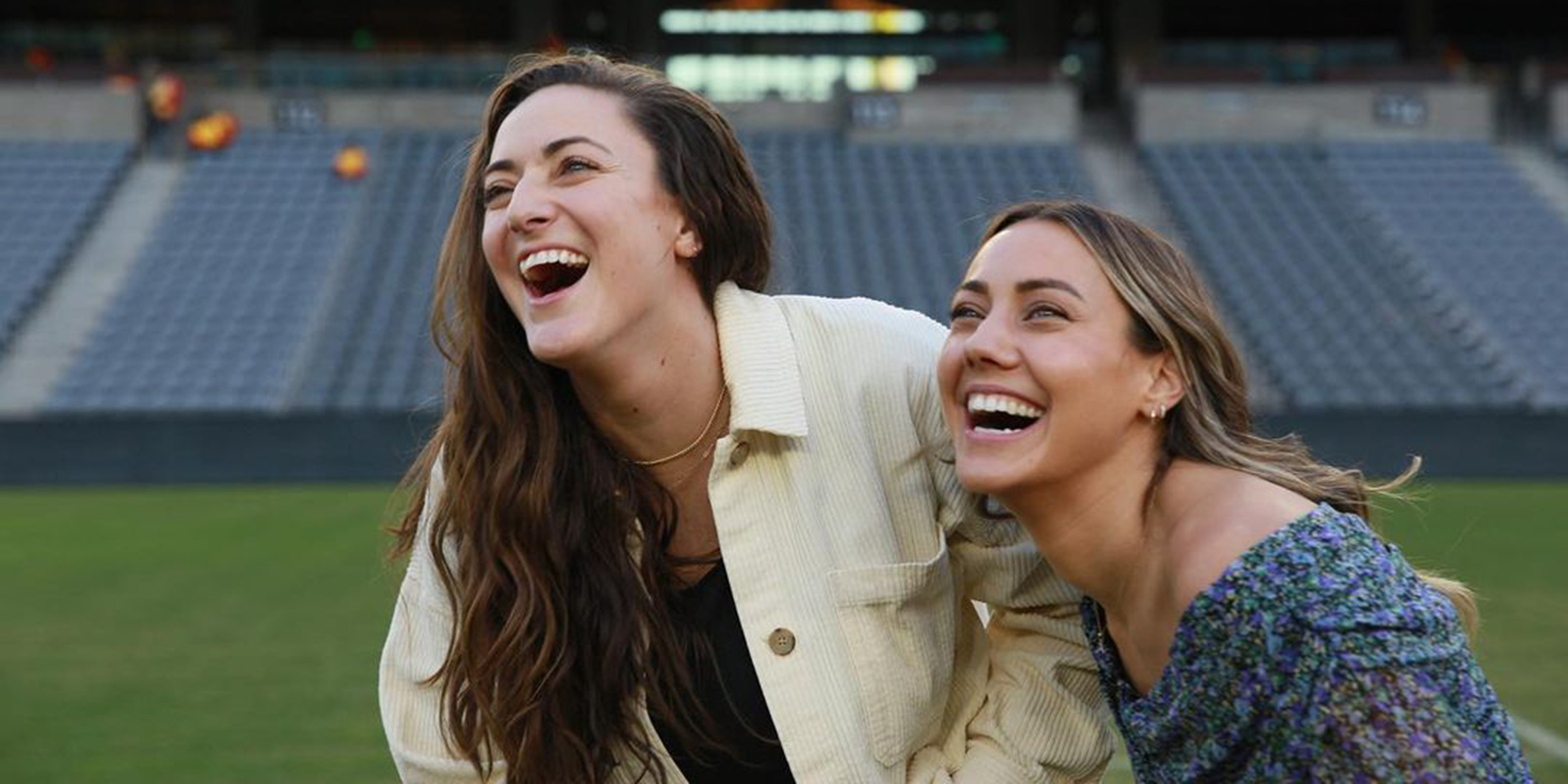 For YouTuber Cammie Scott, her girlfriend of two years was just too good to be true — which called for a wedding proposal taken straight out of a scene from the film “10 Things I Hate About You.”

Earlier this week, the “Uneducated” podcast host proposed to Taryn Arnold at the Banc of California Stadium in Los Angeles. When the duo made it to the middle of the empty arena, clips from the 1999 classic flick flashed on the big screen along with videos of the couple over the years — all to the tune of “Can’t Take My Eyes Off You.”

“She loves rom-coms,” Scott told TODAY.com about the elaborate proposal. “And she has always said that scene where Heath Ledger is dancing in the bleachers professing his love to Julia Stiles is one of her favorite scenes from any movie.”

Since the couple had already talked about getting married, Arnold wasn’t surprised when Scott dropped down on one knee. They had already bought their rings together and had given each other a timeline on when to pop the question. They both decided that Scott would go first.

“We knew that the rings being a surprise wasn’t really important to us,” Scott said. “We wanted the surprise to be how it was done, and Taryn always had the desire to be proposed to, and I had more of the desire to do the proposing.”

The only thing missing was the element of surprise.

“I was like 70 percent ready for a proposal at all times in the last, like, couple months,” Arnold joked. “I feel like every time we do anything, whether it was like some event or we’re going to dinner or we’re seeing friends or family, I’m just positive it’s going to happen. I just didn’t know how it would happen.”

And while Scott said the whole thing was very “stressful,” it was worth it in the end.

“I knew that I wanted it to be something kind of big — and epic and very apparent — and all the things that she loves wrapped into one,” she said.

As for the “Stuck With Taryn Arnold” podcast host, the proposal was everything she wanted.

“This is the thing that I thought no one would actually ever do for me,” Arnold said. “It was just a dumb thing I used to say, and then when she did it, I was like, ‘Oh my God, this cannot be a mistake. It is happening.’”

When Arnold and Scott posted their proposal video to social media, it quickly went viral, resonating with many LGBTQ couples worldwide. Scott heard from queer women wanting to know how the couple tackled different gender roles for their engagement.

Arnold believes people are “seeing what it could be like for them no matter who they are, what the makeup of their couple is, or what their love looks like.”

She added, “Anything is possible.”

This story originally appeared on Today.com